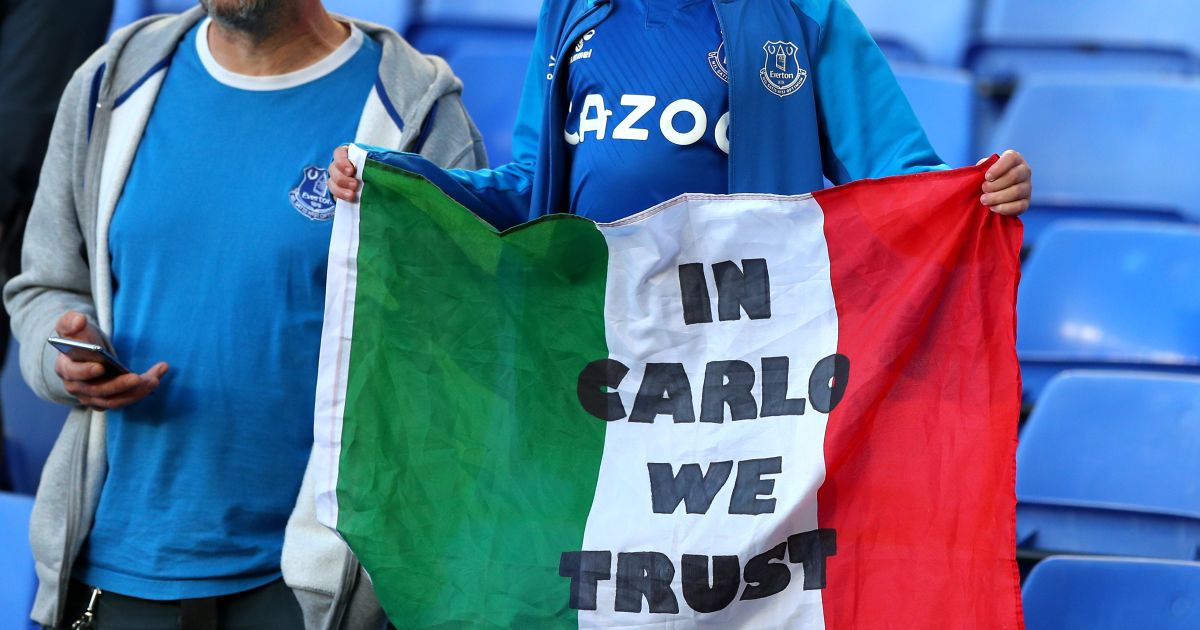 “It’s good publicity for me to be linked with Real Madrid but it is not true. I am happy to stay. My target is to make Everton better.”

Now he’s back in the warm embrace of the Bernabeu as European football continues its bizarre retro merry-go-round that has already plonked Massimiliano Allegri back at Juventus and could yet deposit Mauricio Pochettino at Tottenham for his “unfinished business”.

A therapist could no doubt have a field day with the fact all these clubs have responded to the inherent destabilising and discombobulating uncertainty of These Unprecedented Times by reaching out for the familiar, but let’s instead focus on the forgotten club in all this.

What now for Everton? Presumably, reappoint David Moyes. His stock is at its highest since those heady top-four days at Goodison Park, and if Everton do bring him back then it leaves the way clear for Harry Redknapp to go back to West Ham.

Poor old Everton, seriously. The Spurs of the North. How can it be that their last four managers are Sam Allardyce, the forgotten Marco Silva (who sadly does not seem about to return to any of his former clubs or to manage any other club for that matter) and the current managers of Barcelona and Real Madrid?

At least Spurs had an enjoyable journey to very near the summit before tumbling back down. Everton are forever in the foothills, consumed by the vast shadow cast from Anfield.

The constant cycle of 18-month rebuilds and relaunches has now begun once again, with the added frustration that this one really felt like it had a chance at one time and the even more significant nagging doubt that it might also have been their very best chance of re-engaging with the elite.

It’s easy to mock the excitement and promise of Everton’s start to the season just finished, but it was real and we were all of us up for it. The appointment of Ancelotti in December 2019 really was a coup, and the signings that followed last summer reinforced that.

It was an eye-catching summer’s work that combined the opportunistic and unexpected acquisition of James Rodriguez with all its attendant promise of great reward and risk of abject failure as well as the more down-to-earth but arguably even more important arrival of a fully-formed midfield in the shape of Abdoulaye Doucoure and Allan. The common theme being the significance of Ancelotti’s presence in getting those signings over the line – or even raising them as a possibility.

Ancelotti’s new Everton then started the season in genuinely magnificent fashion. The victory at Spurs on the opening weekend was a 1-0 thrashing, and the following weekend brought a result to go with the dominance as West Brom were whacked 5-2 with Dominic Calvert-Lewin scoring a hat-trick as he and James emerged as the season’s early stars. They had four wins out of four before a 2-2 draw with Liverpool that had quite literally everything.

This, at last, was an Everton side that could go toe-to-toe with their illustrious local rivals. And not just over the course of a game. They looked to have everything required to sustain that threat across a whole season. Solid defence, attacking full-backs, a high-quality new midfield and an attack full of verve and menace.

If there was a word to describe Everton in those heady early days of this season it was this: joy.

Then they were suddenly completely incapable of winning any game at Goodison. The season, like so many before it in the blue half of Liverpool, ultimately fell away to nothing. They ended up 10th – their lowest position of the whole season – below Leeds. Below Arsenal, for heaven’s sake.

But despite the ultimate disappointment of a season that promised so much, there was still reason for optimism. Still reason to expect better things really could be round the corner. The return of fans to Goodison had produced a win over Wolves in the final week of the season that meant little on its own but told of the potential that remained here with the return of fans and an elite manager at the helm of a talented, rounded squad that would be a year older and wiser for its learnings from this campaign.

Now that has all turned to dust because Real Madrid fluttered their considerable eyelashes.

And it really is hard to see where Everton go from here. They really have tried every type of manager now. The seasoned old warhorse, the young up-and-comer, the great player, the decorated veteran.