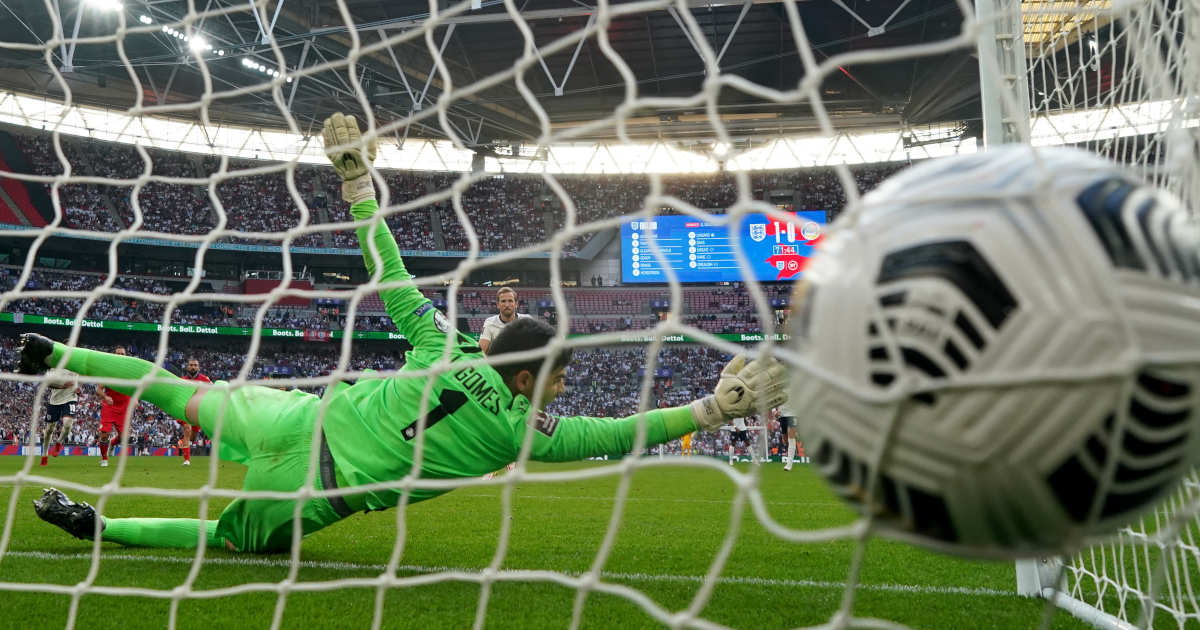 Andorra are limited by their size but that’s not to say that the principality has not been making progress. England laboured a little there.

When such hugely imbalanced international matches as Andorra’s World Cup qualifying trip to Wembley this weekend take place, it can be difficult to learn anything much from them. England laboured a little before wearing down an Andorra team that was better organised defensively than many would have anticipated, but they did so with effectively a second-string team and their win was never in any serious doubt. The statistics speak for themselves: England enjoyed 88% of the possession and had 20 shots compared to Andorra’s one. These matches are seldom that much of a contest, even when the ‘bigger’ country takes a while to find their shooting boots.

There is a case for saying that the discrepancy between the size of countries is a facile way of looking at the difference in quality between international teams. It didn’t matter in 2016, when Iceland (population: 320,000) knocked England (population: 56m) out of the Euros, and yes, when the teams get out onto the pitch, it is just 11 players against 11. But these numbers do form part of the story of the vast mismatch in resources between nations in international football.

Andorra’s population is 77,000, around the same as Burton-upon-Trent, the home of England’s St George’s Park, and only 10,000 more than the number who turned out at Wembley for this fixture. The principality has two clubs that play within the Spanish league system – FC Andorra at its third tier and, somewhat confusingly, Andorra CF in its fifth – and a 16-team national league which is divided into two divisions, including two reserve teams. Their best-known player is 41-year-old defender Ildefons Lima, who made his debut for the national team against Estonia in 1997 and has made 130 appearances for his country since then. Even his lengthy career has not come without controversy.

Andorra have only been playing international football since 1994, becoming affiliated to FIFA and UEFA two years later. They won for the first time against Belarus in 2000 and have only won eight matches in their entire history. The highest profile was a 1-0 win against Hungary in a World Cup qualifier in June 2017 and the last was against San Marino last week, a result which may go a long way towards ensuring that they finish above bottom place in their World Cup qualifying group for the first time. Presuming that both teams lose all their other matches, a draw in the return match in San Marino on the October 12 will guarantee it.

That this is the case speaks volumes for the ways in which Andorra have improved. With limited resources at their disposal, they seem to have focused on where they can strengthen and the tightening of their defence over the course of the last couple of tournaments has already reaped its rewards. Andorra finished one place off the bottom of their Euro 2020 qualifying group, above Moldova, and this time around their significantly better goal difference gives them a huge advantage going into their all-important group match against San Marino.

Against England, Andorra were defensive in massed ranks, often with nine or all ten outfield players behind the ball, but this was seldom a case of just throwing bodies back like a series of human roadblocks. They were well-organised and held their line comfortably. England were caught offside at will, especially in the first half. With 70 minutes played they only led 1-0 and it took a penalty for them to double their lead. Harry Kane was introduced to score it and England’s win was sealed by goals from Jesse Lingard – his second of the day – and Bukayo Saka. There was a brief period when it did look a little uncomfortable for England. For some of us, Iceland lives long in the memory.

There are many bigger nations who believe that these one-sided matches are an absolute waste of time, that the smallest nations should have to pre-qualify; that some of the very weakest should be shed before the bigger nations get involved. This happens in most cup competitions: the FA Cup started its pre-qualifying last month; Premier League and Championship clubs don’t join in until the start of January. So why not the World Cup or Euros?

The official FIFA answer to this question is ‘redistribution’. Football in countries the size of Andorra is run on a shoestring budget and losing the money that comes from playing bigger nations would be ruinous for those who did lose out. It may or may not be a coincidence that this sort of thing could also help to keep the smallest nations onside from a political point of view, which is important in FIFA, when the votes of Andorra and San Marino count for just as much as those of England and Italy. It may certainly be considered in FIFA’s interests to continue to veto pre-qualifiers.

It is worth remembering that there is a moral argument for it too, though.

The reasons why the smaller nations join aren’t only financial. Andorra’s World Cup and Euros qualifying performances have improved, slowly but surely. They are likely to finish one off the bottom of their group twice in a row and relative success can breed success. It remains to be seen how far they can take their recent improvement – this may with hindsight turn out to be their ‘golden generation’ – but they have improved and it doesn’t seem to have peaked yet. It should go without saying that there will be limits to what a team representing an area as tiny as this will be able to achieve, but there’s no reason why they shouldn’t have looked at Iceland’s performance at Euro 2016 and thought, “Well, if Iceland can achieve that…”

This level of imbalance between the competing teams makes it impossible to judge the respective performances. This was not Gareth Southgate’s first-choice starting XI and it ended up a comfortable afternoon for England. The debutants and fringe players acquitted themselves reasonably well, particularly Jesse Lingard, who took his chances when they came his way. Andorra gave it everything they had and they kept the score respectable. And in doing that, they’ve given themselves a great chance of achieving something unique in their history. It may not sound like much, but it is definitely progress.