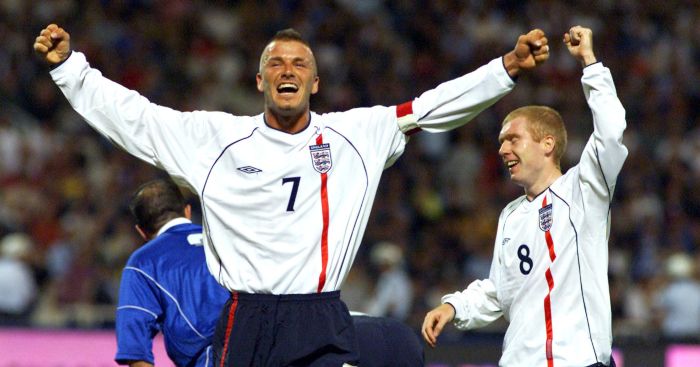 How does image affect the way we view football? Would David Beckham be as lauded as a ginger introvert?

Andre Agassi’s autobiography is really unusual. Its narration is offbeat and peculiar and often self-deprecating in a way that can, at times, be uncomfortable. But above all else, it’s very interesting.

Many years after Agassi’s career ended, he remains entwined with the memory of that notorious Canon advert. For those too young to remember, hold on to your kidneys – it’s absolutely excruciating to watch, even for the standards of the time.

Agassi would be chased and haunted by its message for the rest of the decade. As his appearance started to change and his insecurities began to reveal themselves, the notion of who he was became increasingly tenuous.

Image is everything. Image. Is. Everything.

It’s true, of course. If it weren’t, there would be no need for public relations. Newspapers wouldn’t bother twisting the information cycle. The entire advertising industry would probably collapse, or at the very least have to endure a long period of adaptation.

How football deals in image is fascinating. It’s the start of a conversation involving all sorts of issues. Would Paul Scholes have been a more celebrated player if he looked like Andrea Pirlo? Would David Beckham have amounted to less if he’d carried himself like Paul Scholes?

To contemporise that discussion, the Mailbox has recently been having a debate over Harry Kane’s credentials and what his place in the global hierarchy actually is. How active are the optics in that argument? If Kane didn’t sound like he was from Chingford, speaking instead with a Gallic or Latin inflection and from underneath a perfect fringe, how would the dynamics change?

That’s a fairly common reflection. Applied to different areas to the game, however, and to more subtle issues, you wonder how distorting it is.

As teenagers, do players have to look and move a certain way to get an opportunity in senior football? Is part of the challenge at that stage of a career to navigate the various biases which govern and guard development pathways?

Most famously, we know that Alex Ferguson took one look at Jordan Henderson and made all sorts of assumptions about where he was headed. We also know that the scouts who fill academies are prone to interpreting tiny traits and habits which, often, bear no relation to performance.

In Michael Calvin’s The Nowhere Men, for instance, there’s a chapter in which Jack Butland – then on loan from Birmingham within the depths of the Football League – is being watched by a bank of scouts. In the minutes after an error costing a goal, they see him pulling his shirt up above his chin and, in their minds, ‘hiding’. It becomes a black mark against Butland in those formative years and evidence of inferior coping mechanisms.

What did it actually mean? Who knows, but it’s an example of how often the sport dabbles in amateur psychology and how much faith it can place in its assumptions.

Most anecdotes aren’t that vivid, admittedly, but there have doubtless been all kinds of occasions when a running style, body shape, or even personality have been allowed to matter more than they should.

To pick a name at random: Newcastle United’s Matty Longstaff. He has an older brother, which presumably made his early football life a little easier, but is he what anyone pictures when they imagine a Premier League midfielder? Small, pale and ginger? No. He’s the anti-Vieira, the non-Pogba and you wonder how many obstacles that created.

When he was a teenager, was he overlooked in favour of a hulking, physically dominant alternative in academy games? Or – more importantly – was he at a disadvantage to other players who, at that age, looked more obviously like they might make it?

Maybe the reverse is also true. Perhaps, all those years ago when he was just a glinting product in Arsenal’s academy, David Bentley’s elegance on the ball and his imagination with it were allowed to count for too much. Perhaps they masked what was eventually shown to be a suspect mentality and a soft focus?

Or Jack Rodwell. Did people fall in love with how he looked, or what he actually was?

That’s a rabbit hole. It’s a mindset that also describes something fans are often guilty of.

As football evolves, it continues to close itself off. It allows less access. Its players, coaches and owners are rarely allowed to speak truly for themselves. The result is an over-reliance on fragments of personality which, in turn, encourage assumptions based on how a player appears in 2D.

The misconceptions become endless – ranging from what a player’s best position is, to what his abilities are, up to and including whether he’s worth a certain transfer fee or not, or if he should be playing for his country. How does he celebrate goals? How much does he run?

By proxy, these little factors become substitutes for personality, not only alluding to what kind of athlete a player might be, but also what sort of person.

Agassi is relevant because he represents this issue in its most extreme form. He cultivated an image and was doubtless encouraged along that path by marketing executives. But he also wore jean shorts and pink lycra on court and invited people to think of him in a particular way – as a dilettante, essentially, like the sporting representation of Las Vegas’ glitzy superficiality.

And yet it was entirely false. There was nobody more hard-working by the end of his career and nobody capable of being quite as introspective in quite the same way. The image not only created a lie, but also – presumably – some kind of comfort zone.

Football isn’t the same. Football players are rarely built in quite the same way. But the gaps between perception and reality are often of equivalent distance and that’s the refracting prism through which the sport – at nearly all levels, by anyone who casts an eye over it – is viewed.