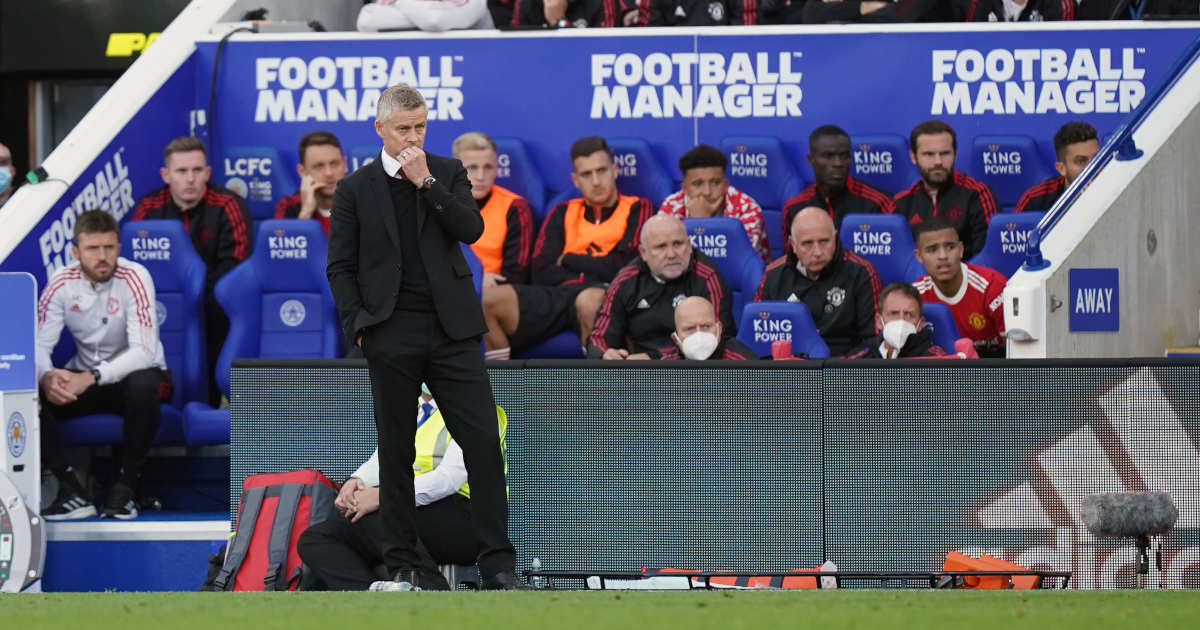 Frustration is starting to grow around Manchester United. Within an hour of their 4-2 defeat at Leicester City, #OleOut was the number one trending subject on Twitter, and it’s difficult to believe that this won’t have been noticed at a club where the desire for social media engagement is now so great that it’s become a meme in itself.

There’s no way of sugar-coating the paucity of their performance at The King Power Stadium. Lifeless for 75 minutes and shambolic for 15, the team played as though they’d only just been introduced to each other, conceding goals as a result of almost complete defensive inertia. There was no way of watching without wondering what the plan was, and consequently whether there had even been one to start with.

Solskjaer gave the impression of having sent out a half-baked team with his fingers crossed for yet another sprinkling of stardust from his expensively-assembled group of players. He got it with Mason Greenwood’s superb opening goal, but the issues with this team remain so obvious that they cannot be brushed under the carpet. It is unfortunate that Raphael Varane has picked up an injury that will leave him out for a few weeks, but the decision to play a plainly unfit Harry Maguire looked like a misstep, and it speaks volumes that United were ultimately dependent on a brilliant performance from David de Gea to prevent them from shipping six or seven.

On that evening’s Match Of The Day, Alan Shearer was quick to point out how flatly lackadaisical United were, especially when they lost possession. Cristiano Ronaldo looked completely anonymous without the ball. Would Edinson Cavani have done any worse had he been available? Bruno Fernandes, Greenwood and Jadon Sancho played as though they’d been given three completely different game plans before kick-off. With United lacking a press worthy of the name, Leicester cut through their midfield like a hot knife through butter. It’s worth remembering that the Foxes had hardly been firing on all cylinders to that point.

Manchester United, then, have dropped to sixth place in the Premier League table and, far from launching a serious title challenge, it is starting to look as though qualifying for the Champions League this season might be a tall order. It’s not that other teams don’t also have issues. Chelsea have looked a little out of sorts these last few weeks and were a little lucky to win at Brentford. Manchester City have lost Ferran Torres at a time when they could least afford to. Arsenal and Spurs have been Arsenal and Spurs.

It’s easy to lump all of this onto Solskjaer. He is the manager and it’s built into the manager’s job to act as a focal point for a team’s fortunes, whether good or ill. But Solskjaer learnt from Sir Alex Ferguson and Ferguson was a delegator, so it makes sense to look at who Solskjaer is delegating to, and looking at the current Manchester United coaching staff doesn’t instil a great deal of confidence that things are going to improve.

Consider, for example, assistant manager Mike Phelan. Phelan was Ferguson’s right-hand man for the five years leading up to his retirement in 2013, a period during which United won three Premier League titles, a FIFA Club World Cup, two League Cups, and reached the final of the Champions League twice. But this was all a very long time ago, and the decision to offer him an extension to his contract at the start of October was a curious piece of timing, considering that the issues surrounding the team’s performances were already common knowledge by then.

The backroom staff don’t inspire an enormous amount of belief, either. Michael Carrick has been praised for his attention to detail, including planning and analysis, but he’s three years into his first coaching position. Kieran McKenna’s previous coaching experience has come with under-18 teams, and there have been rumours that the players themselves have doubts over the credentials of either, even if they command respect for their knowledge of the game. Should Solskjaer be relieved of his duties, we should expect the rest to follow.

It says something that one of the biggest causes for optimism among Manchester United supporters at the moment is the fact that they have more challenging matches coming up. Apocalyptic premonitions have been made for United before big matches before, only for Solskjaer to confound his critics by getting the best out of his players on the day. But the short-term endorphin hit of beating, say, Liverpool or Manchester City isn’t enough to win the Premier League, and it may not even be enough to get to the latter stages of the Champions League.

Manchester United were handed a fairly straightforward start to the season in terms of fixtures, but five of their next six league matches are against the other Big Six clubs, while they also have an important double-header coming up against Atalanta in the Champions League. The signings of Sancho, Varane and Ronaldo should have heralded the start of a new era after they finished runners-up last season. But less than six months on, they seem to be stuck in the same transitional cycle again, and without any silverware to show for Ole having been at the wheel for almost three years.

Should he stay in his job, it’ll be because the Glazers still put their bottom line for achievement at Old Trafford as qualification for the Champions League. But the problems run deeper than any one individual. The owners of the club don’t seem to have any resolution beyond flinging money at star players, while the manager and the coaching staff simply do not seem to be of the elite standard that a club of this stature should be able to attract. Manchester United are a multi-billion pound business these days, and their apparent reliance on hoping that their lavishly talented players will simply keep digging the manager and his coaching staff out of these tactical holes seems like a very strange way to be going about it.