Home Newcastle United Are the Saudis running a Newcastle shirt up a flag-pole to see if it will fly? 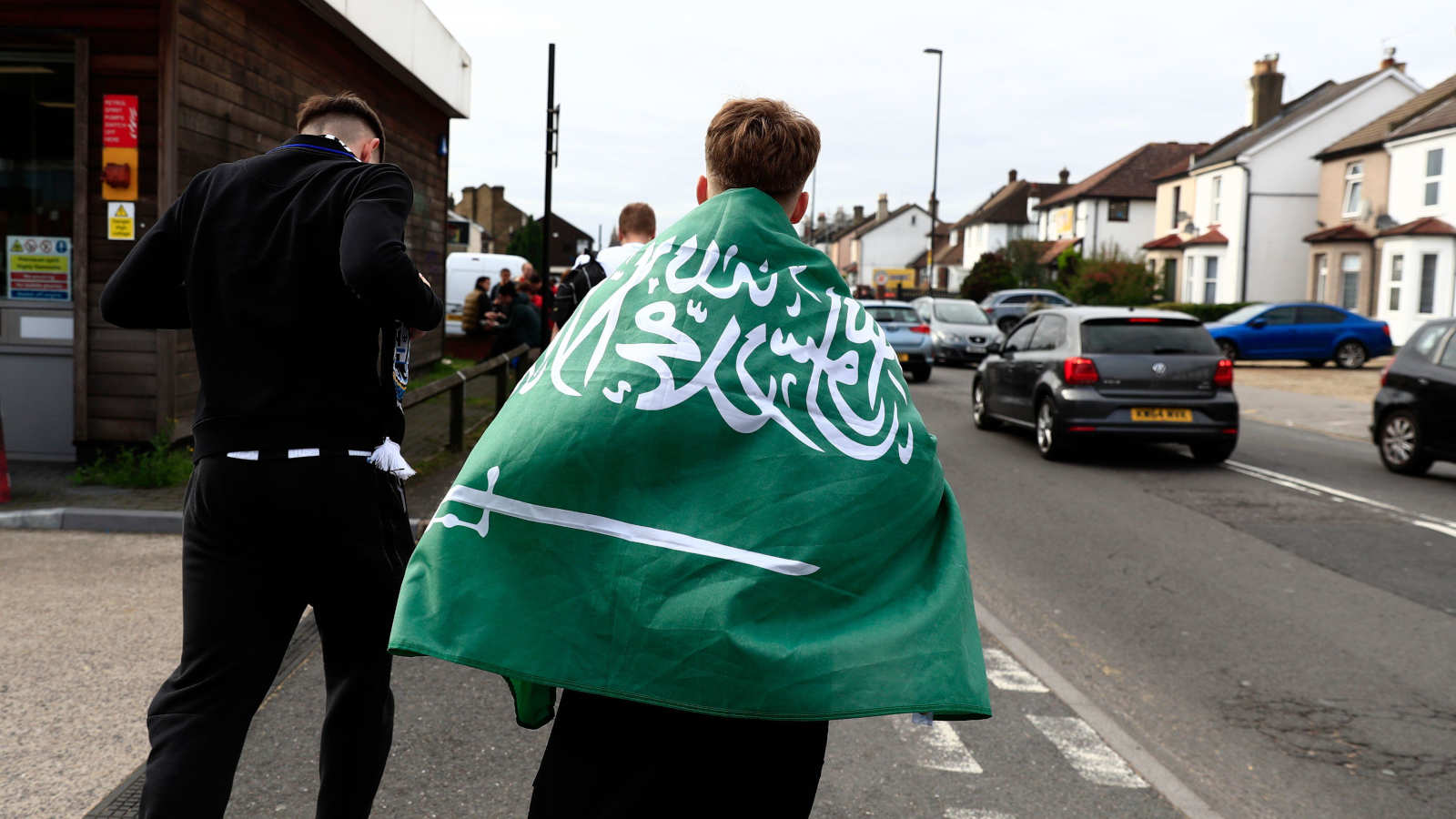 The leaking of a Newcastle United change shirt in suspiciously Saudi Arabian colours has reignited football’s conversation about sportswashing.

In a sense it’s almost admirable, a power-play so unabashed and brazen that the point of it might be considered 50% doing what they want, and 50% letting the rest of the world know that they don’t care what you think of them doing what they want. Cry more, as the modern argot would put it. And it’s certainly true to say that many people have been angered by the leaking of a Newcastle United third shirt in the exact colours of the Saudi Arabia national football colours.

Of course, at the time that the takeover was waved through by the Premier League, that approval didn’t come because the League had simply waved it through. This takeover was initially blocked. Instead, they were persuaded that the Saudi Arabian Public Investment Fund (PIF) was sufficiently removed from government influence to be considered a separate entity. They’ve never shown their workings.

Amongst some Newcastle supporters, this became part of the sacred text justifying the takeover. ‘Aha! But the Premier League has determined that they’re not one and the same. Check mate! Cry more!’, and all that. But the background noise hasn’t let up, and following this leak Amnesty International’s head of campaigns Felix Jakens said that, “If it is true that Newcastle United is changing its away kit to match Saudi Arabia’s national colours, it exposes the power of the Saudi dollar and the kingdom’s determination to sportswash its brutal, blood-soaked human rights record.”

The cynical (and somewhat defeatist) reply to this would be to mention that the authority of Amnesty International didn’t seem to matter much to those who were carrying Saudi flags and wearing Arabic head-dresses last autumn or to those who waved the takeover through in the first place, so why should it matter now? But advocacy groups are unlikely to be dissuaded from commenting by this.

But what will the Premier League’s reaction be, if there is any at all? In November, chairman Richard Masters said that the Premier League had received ‘legally binding assurances’ that the Saudi state would not control the club and that, ‘If we find evidence to the contrary we can remove the consortium as owners of the club in accordance with the rules.’

The process by which the Premier League changed its mind over allowing this takeover to take place has never been revealed, and neither have the conditions under which they might change their minds over this. With Amnesty using the words ‘blood-soaked’ and ‘Newcastle United’ in the same statement again, might they be persuaded to look at it again?

The fact of the matter is that this whole episode has been shrouded in secrecy, from top to tail. What, specifically, were the ‘legally binding assurances’ given by the new owners, and under what can the Premier League change its mind? If dressing the team in colours of the country concerned aren’t sufficient grounds, then what are? What is the limit to what they can do in promotion of the state, and how close to that line are they right now? And if these assurances were ‘legally binding’, then under what legal mechanism would this proceed, if no laws have been broken?

Few seem to be convinced by the argument that the Saudi state and the Saudi PIF are completely separate organisations; if anything, the social media response to the leaking was surprise at the audacity, rather than at the fact that they’d done it in the first place. The issue seems to have caused some Newcastle supporters to ask questions about the takeover, too, and rightly so.

They had been promised that their club would not be used as a ‘vehicle for sportswashing’. They had been persuaded that they’d ‘got their club back’. How does that sit with this? Notably, George Caulkin, The Athletic’s Newcastle United correspondent, has expressed his reservations over it, and he was more accommodating of the new ownership than many.

It was also revealed last week that Majed Al Sorour, a former footballer who is now the chief executive of the Saudi Golf Federation and an adviser to the PIF to the board of directors, had been elected to Newcastle’s board. Saudi Arabia’s involvement in golf has also been making  unwelcome headlines over the past few days. There have been a lot of articles about golf and its role in sportswashing over the last few months or so.

All of this in turn raises a fundamental question. If we accept that ‘sportswashing’ exists, then how is it to be defined? Amnesty International have their definition. The dictionary has a definition, which even mentions Newcastle in its usage example. But there doesn’t seem to be any formal definition within football of what actually constitutes ‘sportswashing’, still less what to do about it.

But if they are to have any practical application, these subjects can’t practically be defined as, ‘I know it when I see it’. They need legal definition, and with a matter such as this, in which the alteration of the perception of a country or organisation in the eyes of the public is the commonly understood aim, it should be a matter of course that these definitions are common knowledge.

Any period during which there is debate over what even constitutes ‘sportswashing’ is essentially doing the sportswashers’ bidding. And it should be remembered that the international geo-political situation remains dire, with Saudi Arabia continuing to sit on the fence over Russia’s behaviour in Ukraine. What would the Premier League’s response be, if that situation was to further change? (The same, of course, may apply to other clubs, as well.)

It’s possible, of course, that this leak could be formally sanctioned, running a Newcastle shirt up the flagpole to see if it will fly, and if that’s the case, then the response has been mixed. Now there is a game of wait and see to be played. The Premier League may not consider itself able to comment on this matter on the basis of a leaked photograph alone, and may not be able to do anything until Newcastle submit their colours to the them for next season.

But the questions will continue. Will the Premier League respond to the criticism of Amnesty International? Will there be further criticism in the media? And what will the response of Newcastle’s vast support be, should this shirt actually come to pass and become available in the club shop from the start of next season? There are certainly more questions than answers for now, but one thing seems undeniable; the matter of sportswashing and Newcastle United isn’t going away. On this occasion, whose responsibility is that?