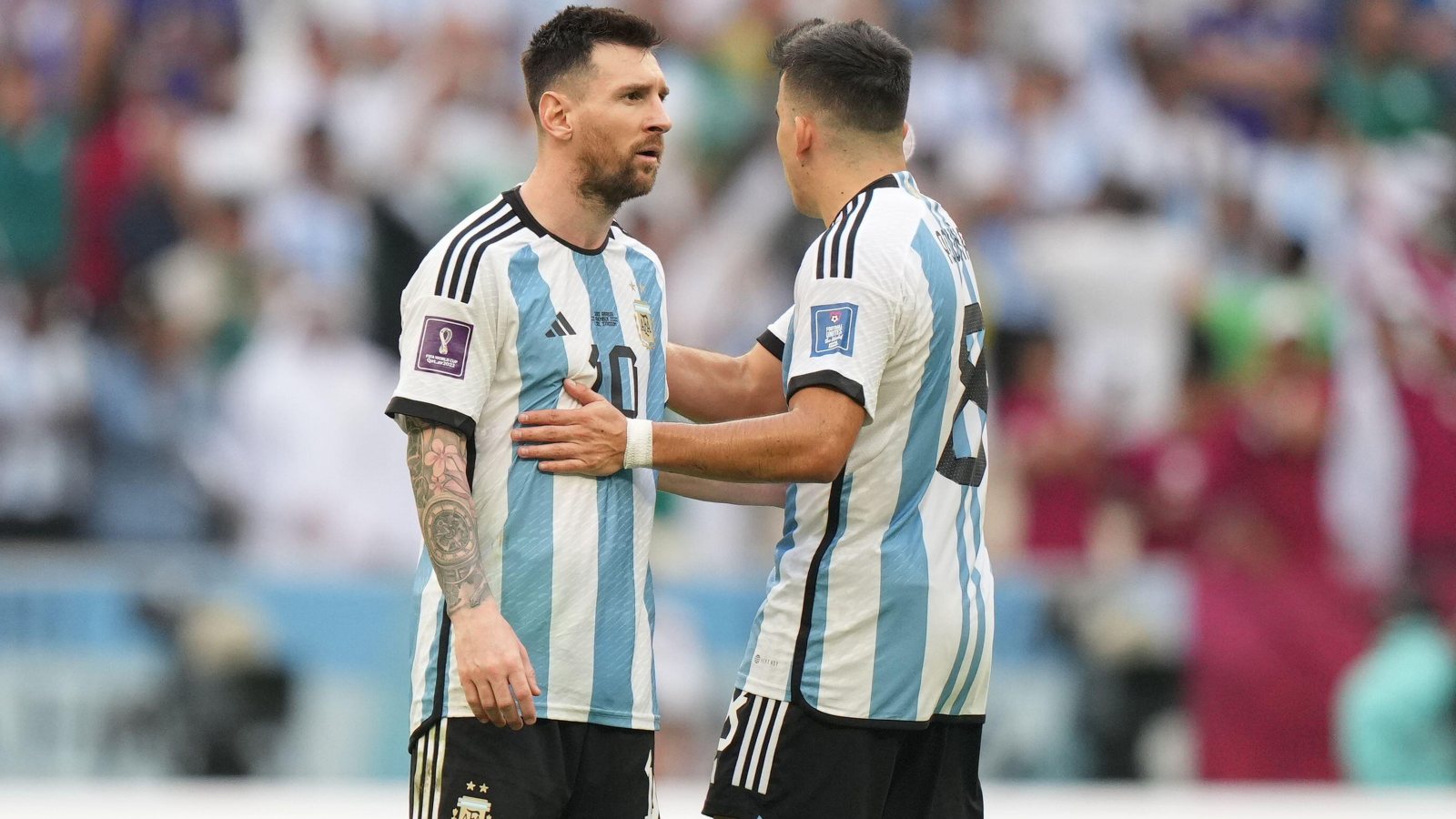 It had been 36 games since Argentina last tasted defeat. And a lot longer than that since we’ve had this much fun on a Tuesday morning…

Saudi Arabia pulled off one of the biggest shocks in World Cup history by tripping up one of the favourites in the opening sequence of Lionel Messi’s last dance. And they were absolutely brilliant in doing so.

Long before the prospect of an upset appeared genuine, it felt like the World Cup had finally kickstarted three days and five games late. The atmosphere inside the Lusail Stadium, despite yet more empty seats, was as feverish as you would reasonably expect from the greatest, most gratuitous show on earth. The Saudis brought numbers and volume over the border, matching the Argentinians, all of whom came to Qatar in anticipation of seeing Messi crowned at his fifth finals.

They might yet. This is a hugely damaging defeat for Argentina but not fatal to their prospects of a second World Cup. They suffered a similarly-humiliating defeat in their opener against Cameroon in 1990 – this Saudi performance deserves to be ranked alongside that Indomitable Lions’ effort – and Diego Maradona still carried them to the final. We would be daft to write off Messi from repeating the feat. But he and his team-mates will have to shape up sharpish.

Since Maradona’s prime and through Messi’s, we’ve seen many Argentina sides fail to achieve their potential. But Lionel Scaloni’s side are supposed to be different. This is the mob most suited for Messi, we’ve been told, and their previous unbeaten run, stretching back to 2019, backs up those suggestions. Today, though, Argentina showed alarming signs of many of their old failings.

Things started brightly enough. Messi had them in front from the penalty spot inside 10 minutes when Saudi defenders engaged in a grapple that no-one – Iran aside – can get away with in the VAR era. Especially not now referees have been told, again, to clamp down such methods of defending corners.

An onslaught was expected and the signs didn’t look good for the Saudi’s, especially when their commitment to a high line became the prominent theme. Herve Renard’s approach initially seemed ill-advised, bordering on kamikaze. Surely Argentina, with the class of Messi and Lautaro Martinez, would suss the Saudis?

Apparently not. They had three goals ruled out for offside by varying margins. Messi and Martinez were too impatient on each occasion – perhaps a small indicator of the over-eagerness of this Argentina squad. With little pressure on the ball, each could have held their run, though in the case of the second chalked off strike, Martinez was within a cat’s c*ck hair of timing it to perfection. For his second, Argentina’s third, an exquisite dummy to sit down Saudi stopper Mohammed Al Owais ought to have earned him five yards grace from the offside autobots.

Then something weird happened. After being caught offside more often in the first half than they were during the entire 2018 World Cup, Argentina stopped trying to spring the Saudi trap. All Messi, Martinez and co. required was a minor readjustment of their timing. Instead, they changed the entire plan.

To what, it’s not abundantly clear. It’s highly doubtful that Scaloni’s Plan B was based around panicking like f***, but that’s how it seemed to be interpreted by his players. Which is odd for a side with such experience. Almost like they foresaw what was coming from the Saudis.

Upon emerging for the second half in a solid position, with a lead that ought to have been greater, Argentina almost immediately began fretting. They were scrappy in possession and not scrappy enough when it needed to be won back. Messi’s touch was loose prior to Saudi’s leveller, a low finish after Saleh Al Shehri had left Cristian Romero for dead. Romero had not played since October 26, and it showed before he was replaced by Lisandro Martinez.

Saudi Arabia’s second was brilliant – a goal of the tournament contender. Salem Al Dawsari’s touch, close control and finish from the corner of the box will go down in World Cup folklore but, today at least, we have to question the Argentina defending. Where the f*** was it? Angel Di Maria, Rodrigo De Paul, Naheul Molina and Leandro Paredes all got close enough to Al Dawsari but no one engaged.

Perhaps they underestimated Al Dawsari’s threat. We all did, apparently. But avoiding such complacency was the minimum requirement from Scaloni and Argentina today. They failed.

Upon going behind, Scaloni made four substitutions but nothing changed. Argentina still looked utterly befuddled by a Saudi line, brilliantly and bravely held by centre-backs Hassan Tambakti and Ali Al Bulayhi. They were ably assisted by their full-backs, who rarely strayed beyond the width of the penalty area. Despite the space there, Di Maria, Papu Gomez and Julian Alvarez kept following their markers inside, funnelling the play right where the Saudis wanted it.

All credit to Renard. It was a ballsy approach, and his players deserve to be lauded even more for sticking to the plan and carrying it out to the letter. Their organisation and desire to fight for one was reminiscent of a club side, which isn’t far from the reality. The 26 Saudis are all domestic based, half of whom play for the same club, in a league that was paused weeks ago to allow Renard to drill his men. How it showed.

The losers, in contrast, looked ragged and strangely dispirited. A blip, perhaps. But Argentina have more work ahead than we thought if Messi is to be crowned the perfect 10.

Read more: ‘A cruel thing to do to them over breakfast’ – Pundits react as ‘shambolic’ Argentina lose to Saudi Arabia