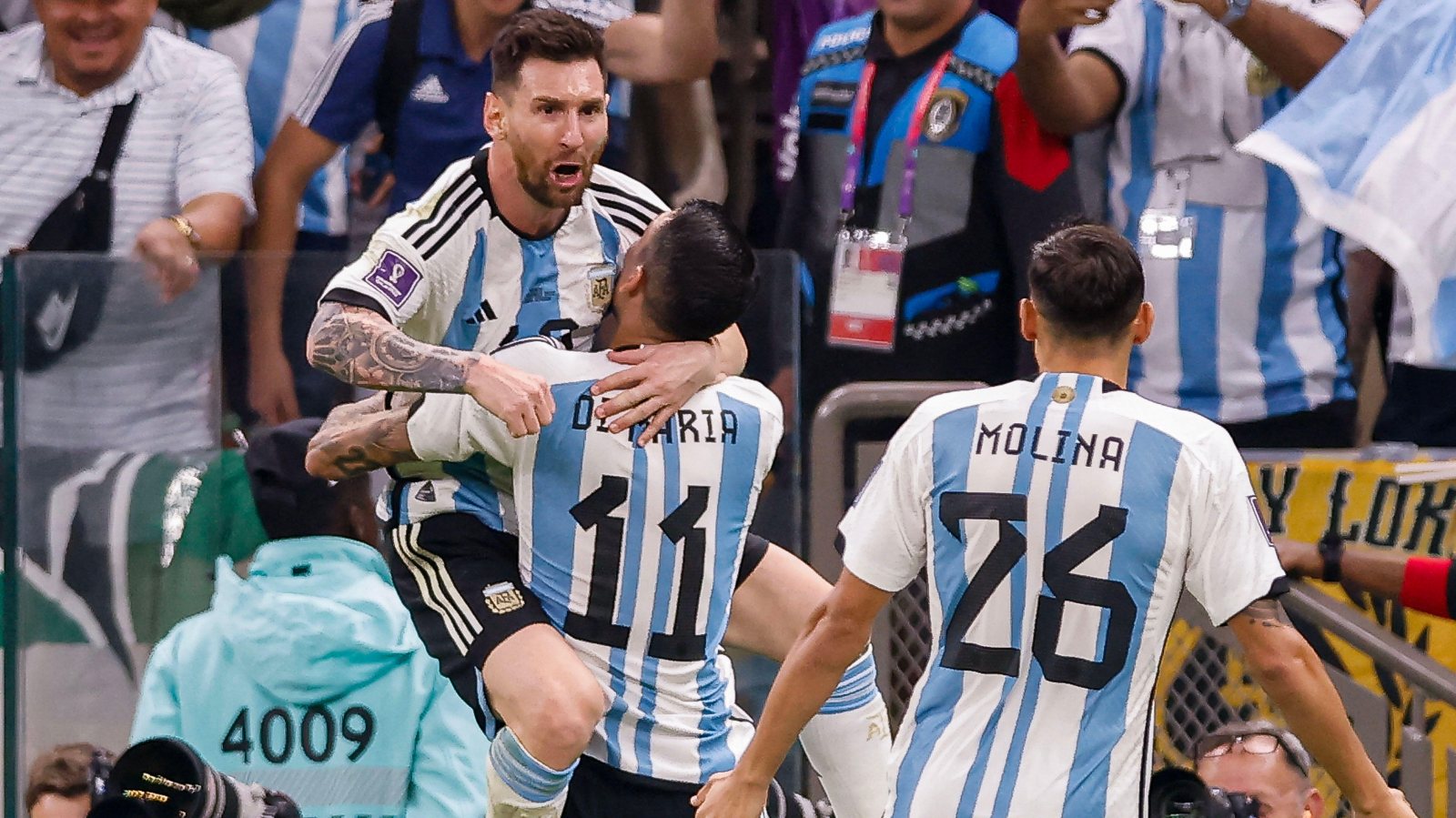 Argentina were a frantic mess for the most part against Mexico and even Lionel Messi was being dragged down. Until he decided to rise above it all and lift La Albiceleste…

Argentina needed to show a reaction on Saturday night to their shock defeat to Saudi Arabia. And they offered one: blind panic. At least until Lionel Messi saved them once again.

Perhaps we should give the Argentines some grace since defeat is not something they have been familiar with of late. Prior to Tuesday, it had been 36 games and over three years since they were last second-best. After watching them face the Saudis and Mexico, it’s a mystery how they got away with it for so long.

That must be the real Argentina, not this one we’ve seen in Qatar. Still, at least there is still time for La Albiceleste to find themselves again and hope remains of Messi being crowned a World Cup winner in his fifth and last finals.

Granted, that hope has dwindled somewhat since before they opened their Group C campaign. Even Messi might struggle to carry this mob without a swift and comprehensive improvement.

That, presumably, was what Lionel Scaloni was seeking when he changed five of his outfield 10 in the wake of their Saudi embarrassment. Alterations were required, no question. But half of his team? It seemed an extreme reaction to the untimely end of a record-equalling undefeated run. If Tuesday’s result was indeed a freak occurrence, it would have made sense to stick with the plan.

Instead, Scaloni ripped it up. And inside the first three-quarters of a hot mess of a match against Mexico, there were five more alterations from the bench. So we shouldn’t be surprised that Argentina showed no sign of any cohesion. They were fortunate that Mexico were more hopeless.

That wasn’t the case during the first-half. In fact, the Mexicans had the better of it. Across the pitch, Argentina looked afraid. Terrified in and out of possession; scared of making a mistake; and more than anything, terrified of the consequences of another defeat.

The two new full-backs, Gonzalo Montiel and Marcos Acuna, were woeful; Rodrigo De Paul looked like he’d struggle to find water from a boat, let alone a team-mate with a pass; while Lautaro Martinez took until the 50th minute of the first half to complete his first one.

Messi wasn’t immune to the malaise. And he looked thoroughly sick of it. On 64 minutes he decided to do something about it.

Until then, Mexico had done a grand job of swarming Messi. He had wriggled free early in the second half and had his first run abruptly halted by a cynical foul. But when he ballooned the free-kick over the bar, it seemed Argentina were taking him down with them.

Perhaps it was all a ploy. If so, Mexico fell for it. When the ball arrived at Messi’s feet on the edge of the box, there wasn’t the same care and attention paid to the obvious threat. Messi capitalised, drilling a low shot into the very corner of Guillermo Ochoa’s goal.

Few sights demonstrate the pressure being heaped on this Argentina team like the site of assistant manager Pablo Aimar breaking into tears after today's vital Messi goal to help Argentina rebound from their opening game loss to Saudi Arabia. 🇦🇷 pic.twitter.com/JejuXfMQ4u

With that, Messi had once again lifted a great weight from Argentina’s shoulders. The relief was palpable, not just in the celebrations but in the way they controlled the rest of the game. It got no prettier, but with the advantage, it didn’t have to be. Argentina just had to keep Mexico at arm’s length, which three centre-backs and the Mexicans’ own toothlessness achieved.

Enzo Fernandez added a layer of gloss with a lovely finish three minutes from the end, once again the result of Mexico’s inability to smell the danger, never mind avert it. After his first international goal, and the Benfica midfielder’s form in the lead up to the World Cup, it would be little surprise to see Scaloni make another change for the decider against Poland.

On Wednesday, it could all go wrong again. There’s little margin for further error in Group C and Argentina don’t seem to be coping well with such pressure. Messi has carried their hopes before and he will again here. But at some point in Qatar, his team-mates need to bear their share of the lad.

Read more: Clive Tyldesley writes for F365 on a Disney World Cup that leaves him anaesthetised not hypnotised