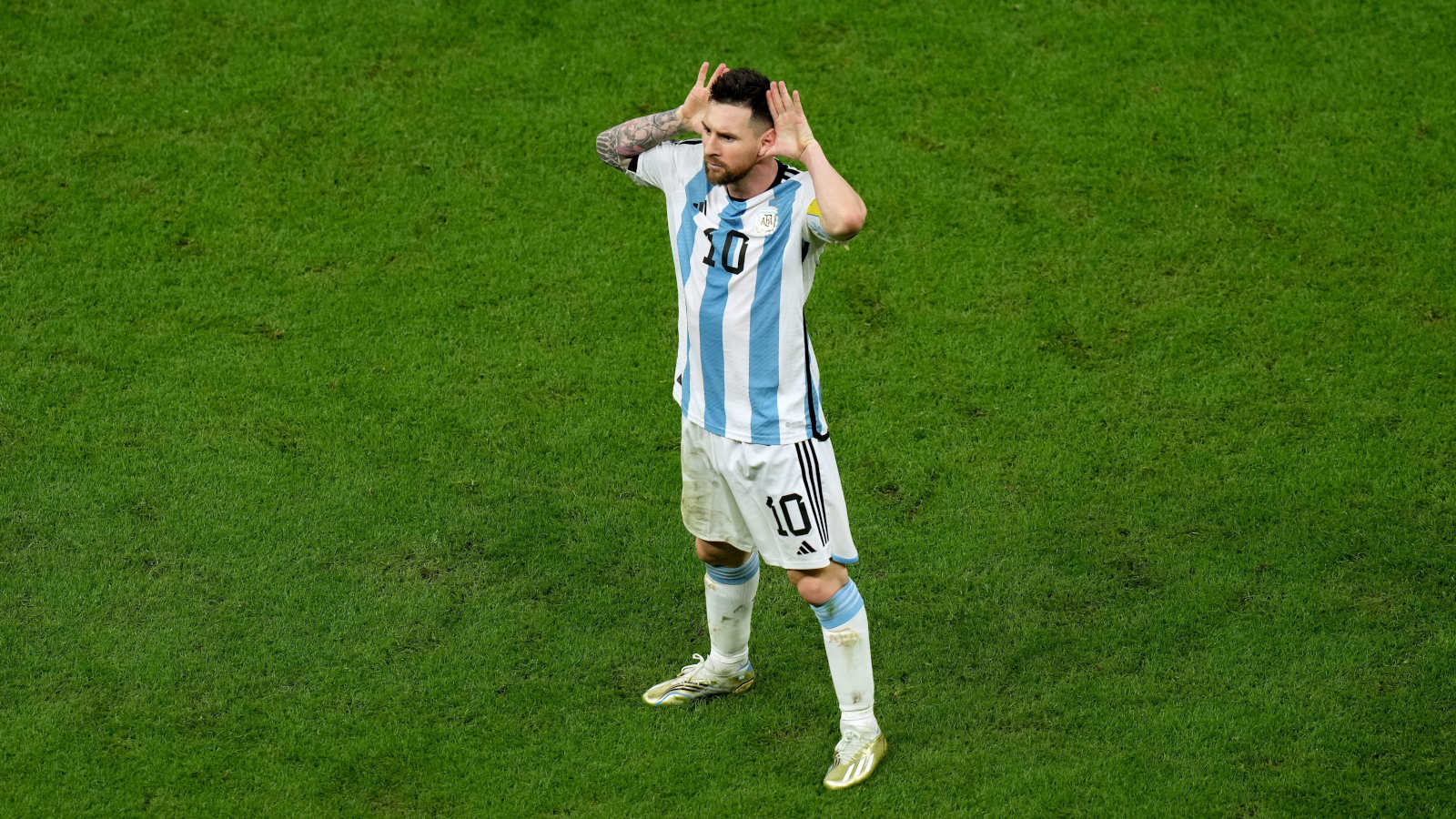 Argentina managed to avoid repeating Brazil’s mistakes in beating the Netherlands, but they did so narrowest means manageable when they didn’t need to.

When Marquinhos’s penalty at the end of the Brazil vs Croatia shootout thudded off the base of the post with a boom so loud it echoed, it was a shot heard round the world.

In the blink of an eye, the top half of the draw for the 2022 World Cup opened up. That it would end with a Brazil vs Argentina semi-final had been treated as an inevitability, but Brazilian dancing had stopped quite suddenly and expectedly earlier in the evening and nothing looked quite as certain as it had before.

Well, Argentina are there now, finally and by the skin of their teeth at the end of an evening during which we saw glimpses of their best but also a degree of defensive skittishness which future opponents in this competition may well have noted.

Lionel Messi doing Lionel Messi things looked like being enough to see them through with a degree to spare, before Louis Van Gaal decided to go long, with surprising and dramatic results.

For 45 minutes, the Netherlands seemed to play within themselves, sitting deep as a scrappy half of football played out in front of them. By the time half an hour had been played, it was starting to feel as though both teams might have just decided to take their chances with a penalty shootout very early indeed. Except for one of them. Yeah, that guy.

Lionel Messi has pulled this trick before, the old pedestrian bystander routine. And he’s pulled the one which led to the first Argentina goal before, too. There was no obvious pass. There was no clear danger. But having shuffled inside from the right, his reverse pass through the eye of a needle threaded the ball inch-perfectly through for Nahuel Molina to slide in and score his first goal for Argentina.

It was a goal the previous 34 minutes hadn’t really deserved. It was certainly a pass from out of nowhere, as unexpected as it was inventive. True enough, Messi had essentially been a spectator for the rest of the half, but that doesn’t really matter when you can pull something like that pass out of your back pocket roughly every half a game or so. There may well be no better assist throughout this entire tournament.

If the Netherlands did come out for the second half on the front foot, Argentina didn’t really give them anywhere to go other than sideways and backwards. By the midway point, they still hadn’t managed a single shot on target. With twenty minutes to play, Denzel Dumfries fouled Marcos Acuna on the edge of the Dutch penalty and Messi converted the penalty kick. On the basis of every single thing that we’d seen over the previous seventy minutes, that should have been that.

But then, as has happened so many times to other teams in winning positions during this tournament, the game started to slip away from Argentina. Their passing became a little careless. Possession was given away just a little too easily. And with twelve minutes to play, a final roll of the Dutch dice. Louis Van Gaal threw on Wout Weghorst. Total longball.

With time running out, a card-happy referee (he issued 14 yellow cards in total, over the course of the evening) constantly disrupting play and the situation looking unsalvageable the Netherlands went back to basics, lumping the ball forward to five orange-illuminated lighthouses on the edge of the Argentina penalty area in the hope that height would somehow win the day. And it did.

It says a lot for the suddenness with which this game listed that it took until the 83rd minute for the Netherlands to have their first shot on target of the evening.

It says even more that it was Weghorst who scored, just five minutes after coming on. The whites of the Argentinians’ eyes were clearly visible. Tempers began to fray, all the more so when it was confirmed that there would be ten minutes stoppage-time to play.

With ten seconds of one hundred minutes to play, the Netherlands got a free-kick on the edge of the Argentina penalty area. It was a needless foul, Pezella shoving Weghorst over when there was another defender better-positioned to clear the ball, but it also looked slightly too close to be a clear chance.

There comes a point at which the spin and dip required to get a ball over or around a wall simply becomes too great without having more airspace to play with.

But Cody Gakpo, who had been shaping up as if to shoot, left the ball completely and Teun Koopmeiners passed along the ground for Weghorst to stick out a foot and divert the ball past Martinez and in.

After twenty minutes of lumping the ball up in the air – which had worked, as things turned out – at the one point at which you might have expected them to want to get some height on it, they played it along the ground instead in a similar trick to that which Argentina themselves played on England in 1998, rescuing themselves an extra thirty minutes. Van Gaal to a tee.

With a couple of flare-ups – one after a clearance seemed booted straight towards the Netherlands bench, the other after full-time – extra-time passed rather as though both teams had used as much energy as they had to give during the 105 minutes (including stoppage-time) which had preceded it.

The better chances fell to Argentina, and as the clock ticked over into stoppage-time in extra-time a low Enzo Fernandez shot hit the base of the post and bounced out. To penalties.

Emi Martinez, who saved the first two Dutch attempts, has been one of the outstanding goalkeepers of this tournament, but even one Argentina miss wasn’t quite enough to deny them the eventual win, and they probably did just about deserve it.

Argentina played the penalty shootout perfectly. England could learn a thing or two from them about how to turn having a big crowd behind you to your advantage at such times rather than making that atmosphere an albatross around the players’ necks.

The Netherlands did incredibly well to get back into the game when it really did look lost, but they were hanging on again a bit by the extra time and offered practically nothing as an attacking force until there were fewer than ten minutes to play.

But even in defeat in what may turn out to be his last outing as a manager, Louis Van Gaal still had them foxed to the very last.

Argentina still don’t quite fully convince. Their late defensive skittishness would surely have to be tightened up against teams with more attacking prowess, such as England or France.

And Croatia, you’d imagine, will arrive for their semi-final well-prepared. They will have a plan for Lionel Messi. If a little South American pride is to be restored to the World Cup, Argentina will face an extremely tough challenge awaiting them in the semi-final, even if that challenge isn’t Brazil.