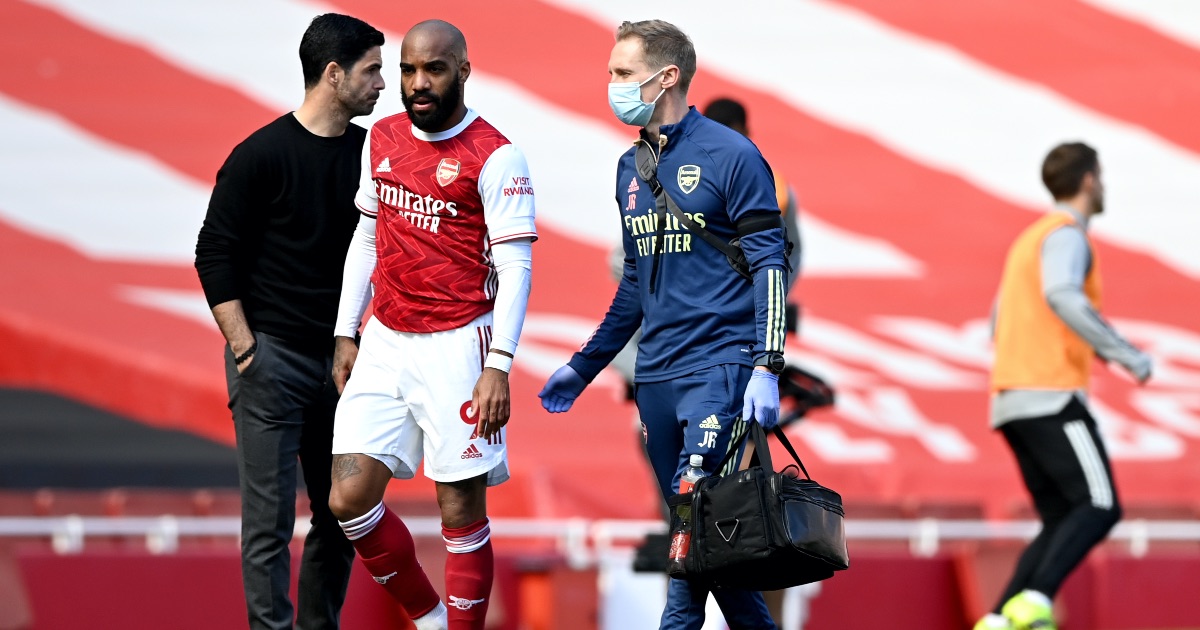 “He really glues the team together and that’s a quality that is not easy for a striker. He’s got it.”

Alexandre Lacazette has drawn widespread praise both for his recent performances and the powerful statement he made in the Europa League victory over Sparta Prague, and Mikel Arteta is well aware of the striker’s importance to his young team.

The Arsenal boss has welcomed rumours of European clubs interested in signing him, seeing their courting as proof of the quality of Lacazette’s displays, but will surely do everything possible to keep the Frenchman at the club. He’s not just the glue, but a genuine leader in a squad of followers, unfairly deemed to be a lesser footballer than he is due to out-dated assertions that don’t reflect what he’s now all about.

Lacazette notched over 20 goals in the three seasons preceding his move to Arsenal in 2017: he was Lyon’s goalscorer, bought to score goals for Arsenal. And in his first three seasons at the Emirates he was that player – a goalscorer – but not scoring enough goals to make him a non-negotiable inclusion with limited contributions aside. He was falling short in his only area of expertise.

But he’s no longer that player under Arteta and needs to be cast as such – bought to be Ian Wright, he’s now more Roberto Firmino. His four goals in the last two are a bonus rather than the necessity they once were.

There were two moments at the end of a familiarly drab first Arsenal half on Sunday which illustrated his importance.

Having won the ball back on halfway, he took the ball under pressure and got Arsenal moving forward with a pass out wide. He then dropped into the gap between Fulham’s defence and midfield to receive the ball once again, before poking a perfectly weighted ball through for Emile Smith Rowe running beyond him. It came to nothing and was just offside in any case, but it was an example of what the newly classified Lacazette is all about – the glue to Arsenal’s attack.

It’s a role Lacazette is clearly enjoying and thriving in; he’s using a similar adhesive-like strategy in his role as captain. Having taken the armband in Arsenal’s previous two games, he ceded it to Hector Bellerin on Sunday, but in a team huddle following a goal – which turned out to be disallowed for offside – Lacazette called everyone in before laying down the law to his teammates, attempting to buoy them into a more effusive performance. In the absence of Pierre-Emerick Aubameyang, Lacazette has shouldered the responsibility and proven himself far more able to cope with the load.

Lacazette’s second half replacement, Eddie Nketiah, snatched a point with a 97th minute equaliser. But that will prove to be of far less significance than Lacazette needing to be replaced, assuming what looked like a hamstring injury is as bad as it looked as he trudged, shirt over face from the pitch.

This performance meant little and given the choice between an uninjured striker and what is essentially a meaningless point for Arsenal, Arteta would surely choose the former. Lacazette pulling up was the moment of note and any joy at the late equaliser will be brief compared to what could be a painful last few weeks of the season, potentially ending in collapse without the glue to keep a fragile team together.