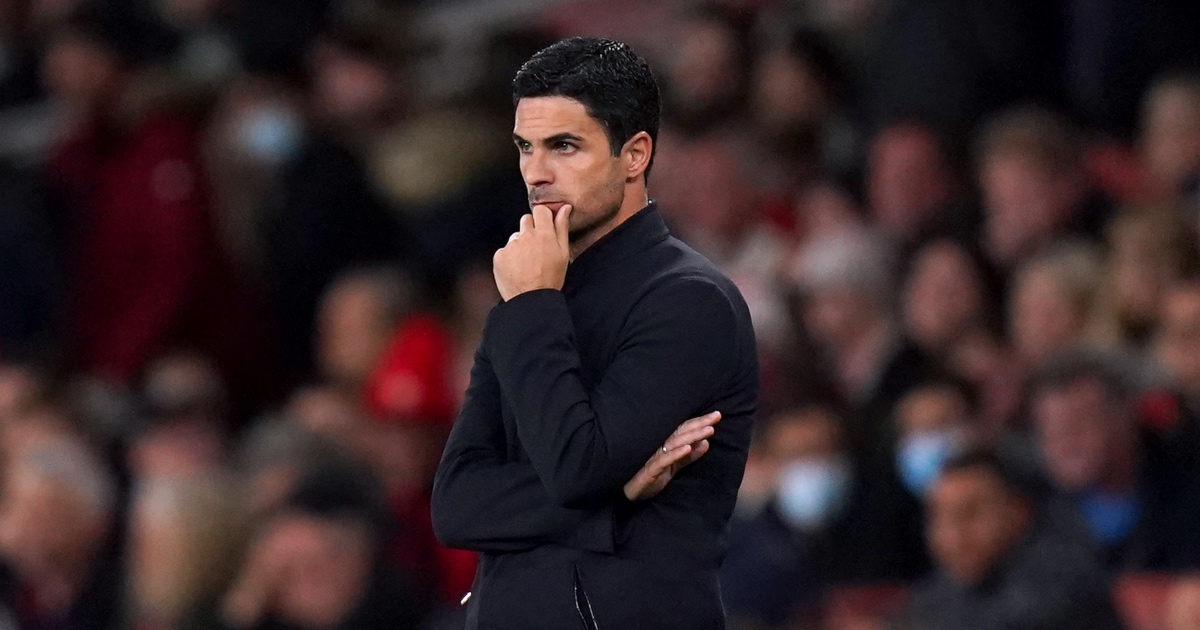 Patrick Vieira has created a Palace identity in three months. It’s two years and counting for Mikel Arteta at Arsenal.

Since Patrick Vieira left for Juventus in 2005, Arsenal have spent nearly £200m on 14 midfielders you could conceivably claim were bought as direct replacements. One of them was on show from the start on Monday; a second was introduced at half-time after his manager realised his tactical mistake. They were at fault for the two Crystal Palace goals.

Mikel Arteta was asked about his side’s lack of goals ahead of kick-off and replied in his typically antithetical style: “Yes, but the defence is the foundation.” And Arsenal largely had their defence and new goalkeeper to thank for their upturn in form ahead of the visit of Palace, conceding just once in their last four Premier League games. But Arteta’s selection was as good a sign as any of the manager’s concern over the shortage of goals: Thomas Partey looked set to patrol alone in front of the back four.

This was not the game to try it. Without Wilfried Zaha and Eberechi Eze, Crystal Palace’s attack is limited to passes into the centre-forwards and Conor Gallagher pushing on to pick up lay-offs or loose balls. Odsonne Edouard and Christian Benteke sat in holes to the side and – more worryingly – behind Partey, being fed balls into their feet or their chests. It was so easy.

Martin Odegaard was alongside Partey when it suited him in the first half, but infrequently when it mattered. And it’s not as though the playmaker made plays from that purported role. His place in the team ahead of a far more efficient and proficient defensive midfielder in Albert Sambi Lokonga was essentially pointless. It just made Arsenal’s defence easier to get at.

“You can’t play with five attackers,” Jamie Carragher said in the studio before kick-off. You can if you’re Manchester City, but clearly not if you’re Arsenal, who ceded 57% of possession in the first half. At home. To Crystal Palace. The opening 15 minutes of that first period – in which Pierre-Emerick Aubameyang tapped in at the back post to give his side the lead after some neat interplay between Nicolas Pepe and Takehiro Tomiyasu – was as energetic as the last 30 was slovenly. It was Crystal Palace doing the pressing, creating space and passing in triangles.

Ironically, Palace’s two goals came after Arteta patched up his midfield with Lokonga. The supply line through the centre of the pitch was restricted and Arteta deserves credit for remedying a misstep. There’s no accounting for the dawdling errors of the two members of what was now a proper double pivot.

First Partey was caught on the ball, then Lokonga. It was really poor from them, but also great from Palace beneficiaries Jordan Ayew and Gallagher who – unlike members of the opposition – continued to close down and press throughout, granting Benteke and Edouard chances they both took with aplomb.

Arsenal showed grit and determination to stay in the game and you could argue they deserved their last-gasp equaliser for the way they pushed in those final stages. Alexandre Lacazette certainly deserved to be the scorer. But that middle hour has got to be a concern for Arteta: they were incredibly flat and outplayed by a side that’s supposed to be inferior.

It’s just not clear what the plan is. The players don’t seem to know what to do, other than coming out of the blocks with ‘intensity’ – perhaps Arteta’s foremost buzzword. Occasionally it looks as though they’re trying to be Man City, then quickly realise they have nowhere near the quality required and retreat.

Crystal Palace were just better. Better on the ball; better off the ball. Vieira’s done an extraordinary job in a short period of time, completely altering the style of a club so entrenched in the ways of the previous manager.

It was the sort of game that will have Arsenal fans wondering whether they would prefer Vieira in their dugout to Arteta. He made a selection error and game-to-game it’s still not clear what the ‘Arteta style’ really is, or what the ‘project’ will look like when it comes to an end. He got lucky on Monday against a manager that on the evidence of this season, is better equipped to succeed – at Palace or Arsenal.