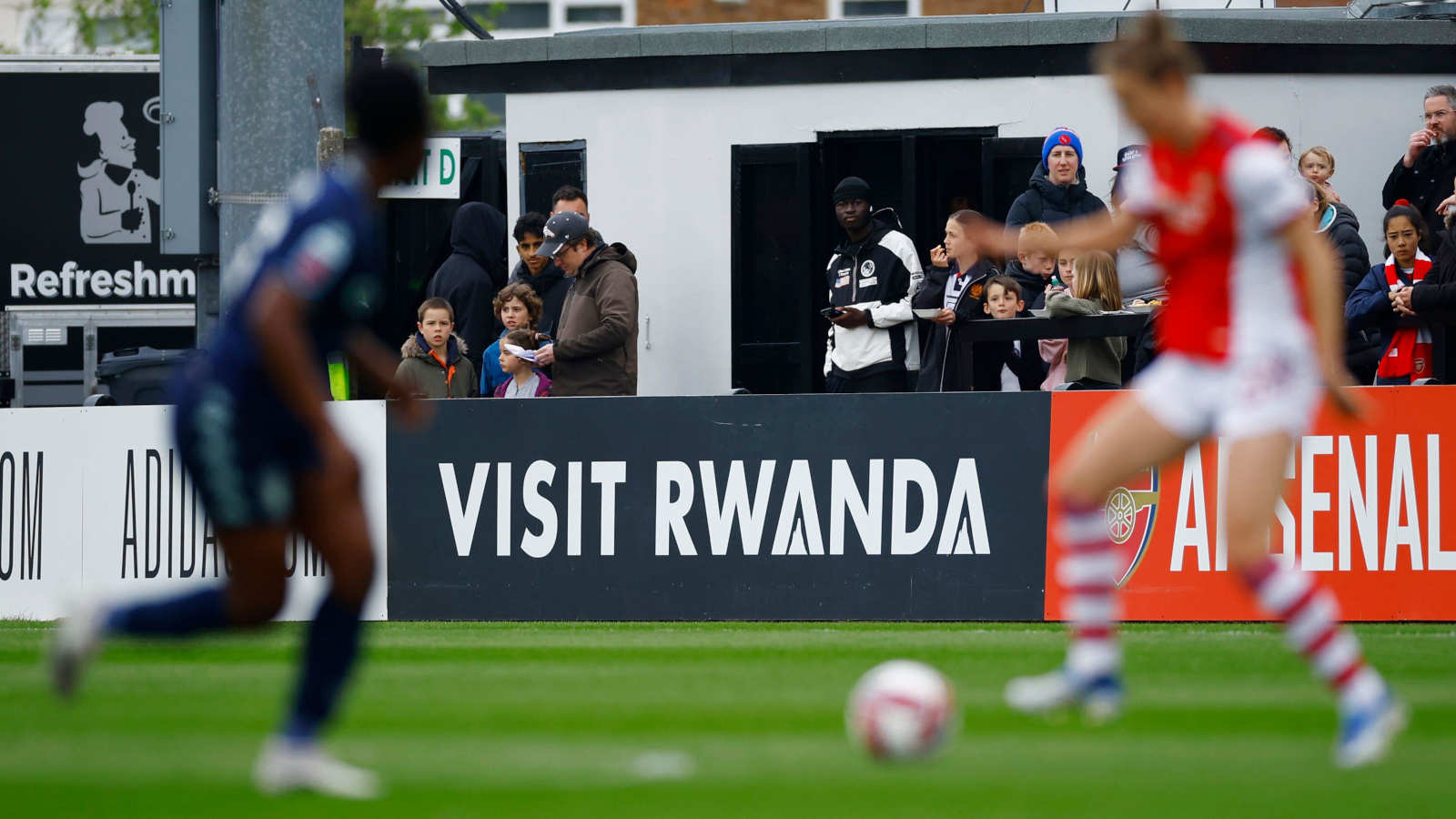 Arsenal signed a deal to promote Rwanda despite criticism and renewed it despite even greater criticism. This is why countries sportswash.

Well, no-one can say that they weren’t warned. Arsenal’s decision to partner with the government of Rwanda on sleeve sponsorship ruffled feathers when it was first announced in 2018. It did so again when it was renewed in 2021. And now the very slogan used to sell the benefits of travelling to that particular country has taken a frankly sinister edge amid the British government’s descent into ugliness with its recent showboating over deporting refugees there for ‘processing’.

The idea of one of the world’s 20 poorest countries giving a Premier League football club £30m immediately left a sour taste in the mouth, but could be countered by claims from experts that the deal could result in considerably greater tourist revenue. But there was something else unpleasant about all this. It may be well-known that the Rwandan president Paul Kagame is an Arsenal supporter, but Rwanda has seen allegations of human rights abuses, including claims that vocal critics of Kagame were being murdered or disappearing, with Human Rights Watch, the United Nations and the UK’s Foreign Office all raising concerns.

Kagame has been the president of Rwanda since 2000, and since then he has won three elections, in 2003, 2010 and 2017 with 95%, 93%, and 98.8% of the votes respectively, as well as a referendum allowing him to change the country’s constitution to permit him running for president for a third time, which he won with 98.3% of the vote. There has been widespread condemnation of election conduct in the country since he came to power, with credible reports of the intimidation and murder of political opponents and journalists. Amnesty International reported that the 2017 elections were held in a ‘climate of fear and repression’.

And now this. It’s saying something about the direction of the Overton Window in Britain in recent years that speaking out against forcibly deporting refugees to a third country with a shady reputation, likely thousands of miles from both their original home and the country in which they’d sought refuge, will probably get you labelled as a communist, but that’s where we are. As the British government loads refugees onto airliners with the intention of wiping their hands of them (or at least sending a very clear dog-whistle of their intentions, should the courts have the temerity to declare it illegal), a Premier League football club will be playing matches in front of a global audience with a message on their shirts saying ‘Visit this country’.

Of course, we all know that the response to sportswashing in this country was far too slow and that it continues to be far too inadequate. In 2018, attention was largely focussed on levels of poverty in the country, but when the contract was renewed in 2021 (and for a year longer) there was greater discussion of the subject. Writing in the Guardian in the spring before the contract was set to end, Barney Ronay outlined the moral dilemma by asking, ‘Where do we draw the line?’, and the question found an answer just a couple of months later when the club decided to extend the deal. With the renewal came greater criticism, with a spokesman from the Arsenal Supporters Trust saying that the club had “lost its moral compass in its desire to maximise revenues”, while critical articles also appeared elsewhere in the Arsenal media universe.

It should be mentioned that Arsenal weren’t the only football club to involve themselves with Visit Rwanda. PSG signed a three-year contract in 2019 to promote their tourist industry – although not through shirt sponsorship – but there is no record of this contract having been extended so far this year, and if this is the case, it only shines a harsher light on the fact that this particular logo remains on Arsenal shirts. There was already considerable unhappiness among their support over this contract being extended, long before the refugee issue of the last couple of months.

If Arsenal are prepared to prostrate themselves at this particular financial altar, then what are they getting for it? Arsenal have been reported to be receiving £10m a year for this contract – in other words, around the basic wage of two players – so not an inconsiderable amount of money, but still just a tiny fraction of the £132m commercial revenue that the club made over the 2021/22 season. Furthermore, were they to walk away from a deal, they could presumably acquire another one more or less straight away, and the going rate for shirt sponsorship for a Big Six Premier League seems to be around £8m-£11m at present. There may be costs involved in taking such action – obviously, the exact details of the contract are not known – but it would be difficult to have much sympathy for Stan Kroenke, who we can only presume was aware of sportswashing concerns at the point of both agreeing the original contract and renewing it. Mind you, Kagame himself wasn’t much of a fan of him either, shortly before the original contract was agreed.

The sportswashing is one issue, but the events of the last few months is something else altogether. Why should Arsenal supporters have to wear ‘Visit Rwanda’ on themselves, should they wish to wear a replica shirt next season? Is this relatively trifling amount of money really worth it? Three and a half thousand people have already signed a survey on Change.org against Arsenal keeping this logo on their shirts, and it’s not difficult to imagine that shirt sales may be depressed by some who would normally buy one deciding to give them a swerve. Perhaps the market will speak.

But again, ultimately we’re all dragged into another conversation about the hoops that we all have to jump through in order to… watch sport. The same goes for supporters of Chelsea, Newcastle, Manchester City, PSG or any other sporting club, institution or event that has become involved in these projects. Somewhere along the line we all got dragged into this, and we certainly weren’t offered a vote on the future of the game that we pay for today. But these last few weeks should act as a reminder that clubs should tread carefully when choosing sponsors, because even in the event that they can overlook the half-shrouded talk of some pretty monstrous behaviour back at home, the law of unintended consequences can always hit you smack in the face further down the line.