Home Arsenal Arsenal have the parts in place; now the manager has to assemble them into something non-streaky 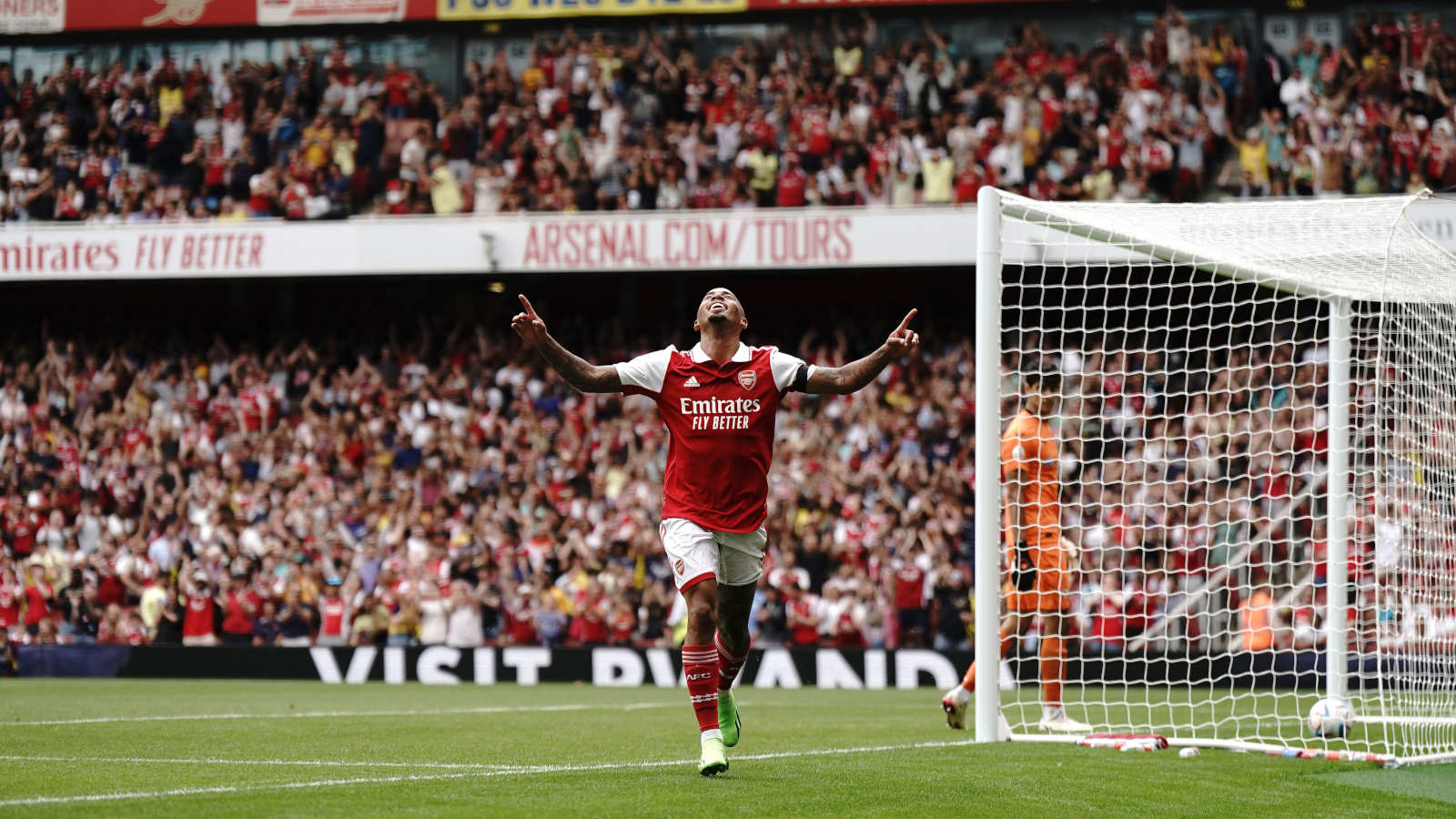 Arsenal have had an excellent summer in the transfer window, and now it’s down to Mikel Arteta to mould his players into a winning team.

For all that is said of the grumpiness (and, increasingly, rage) of the football supporter, there is much to be said for optimism. It’s a fleeting feeling, but for a couple of weeks during the summer anything and everything is on the table, though it does usually come crashing back to earth once the actual players themselves take over the narrative from our own imaginations.

So, do Arsenal have much to be optimistic about, ahead of the coming Premier League season? Well, in a very real sense their tail-off in the latter stages of last season, missing out on fourth place and a place in the Champions League to Tottenham Hotspur laid bare many of their shortcomings of recent years.

Underinvestment in the team and disruptive elements had left the first-team squad looking threadbare by the latter stages, even though Arsenal hadn’t – as everybody else around them had – been subjected to the additional rigours of European football. In 2016, Arsenal finished as runners-up to Leicester in the Premier League. It was their best league finish in more than a decade, and the 19th consecutive qualification for the Champions League.

Arsene Wenger announced his retirement in January of the following year, and Arsenal haven’t returned to the Champions League since. A club that had become synonymous with the Champions League has been absent from the competition for five years. Unai Emery replaced Wenger, but couldn’t successfully build the team a new identity. Mikel Arteta is now in his fourth season as manager, and improvements have been, well, less than spectacular, so far.

But if Arsenal supporters were feeling glum at the end of last season, the collective mood has been significantly lifted by their summer transfer activity. Gabriel Jesus is the highest-profile, having arrived from Manchester City before June was even out. He has excelled in pre-season and this might prove invaluable, considering that he is very much a confidence player, although it should also be acknowledged that pre-season results count for little in most respects.

There is little question that Arsenal’s attack needed rebuilding. Three of their four top scorers in the Premier League last season were midfielders, and one of their joint second-highest attacking goalscorers, Pierre-Emerick Aubameyang, left the club under a cloud in January. Gabriel is a more conventional number nine, although it’s not a position that he regularly played for Manchester City. The consistency of his finishing has in the past been questioned, but the seven goals he’s scored in pre-season hint that he may have been working on this issue.

Also joining Arsenal from City is Oleksandr Zinchenko, a nod to the versatility required of players in what, with Europa League football, will be a more physically demanding season than the last.

Both may have been considered squad players rather than regulars, but they have both previously played significant roles in title wins in the before, and to pick up two players of this calibre for £75m seems like excellent business. It doesn’t end there, either, with £30m having been spent on Fabio Vieira and a further undisclosed amount on the not-uncontroversial signing of Marquinhos. The return of William Saliba from a superb loan spell with Marseilles is a largely unexpected bonus.

But the big test for the coming season really comes for Mikel Arteta. His three seasons with Arsenal so far have resulted in the team finishing eighth twice and fifth last season. Considering that those two eighth-placed finishes were Arsenal’s lowest since 1995, Arteta might even consider himself somewhat fortunate to still be in his position, considering the hair-trigger nature of modern football’s culture of hiring and firing.

The owners of the club have shown faith in Arteta, and that includes further investment in the team this summer.

It is fairly commonly agreed that Arsenal have done good business in the transfer market, so it now becomes incumbent upon the manager to mould these parts into a unit capable of returning to the Champions League and building towards challenging at the very top of the table. With the pressures and weirdness of pandemic conditions starting to recede in the rear-view mirror, it wouldn’t be surprising to see the pressure build upon him again, should the team run into problems on the pitch.

Against the teams around them at the top of the table, Arsenal could certainly do with improving. Including their Carabao Cup semi-final against Liverpool, they played 12 games against ‘Big Six’ teams last season, from which they could only manage three wins and a draw. The addition of players of the calibre of Zinchenko and Gabriel may be considered significant steps towards bridging this gap. And it bears  repeating that the margins are very thin; Arsenal finished only two points behind Spurs and five behind Chelsea last season. Either of these differences could easily be overturned.

And it’s equally true to say that supporting Arsenal has been a strange combination of inertia and a rollercoaster ride. It’s difficult to make an argument at the moment that Arsenal have improved under Mikel Arteta, but at the same time his teams have always been a little streaky. He first joined the club in December 2019 as they sat amid a slump that dated back to the middle of August. But after beating Manchester United on New Year’s Day, they went eight games unbeaten and only lost four more league games all season, winning the FA Cup into the bargain.

The rollercoaster ride continued the following season. In 15th place at Christmas, they were back to eighth by the end of the season. Last season, they were bottom after three games, but fourth by Christmas. It’s become That Thing Arsenal Do. But this, like anything similar in football, is not some sort of naturally occurring phenomenon. Arsenal are not somehow genetically-predetermined to behave in this way. After all, they remain the only club in living memory to complete a Football League or Premier League season unbeaten.

But slowly, over a period of years, the lifeblood of those Arsenal teams was drained away and replaced with teams that more often than not only looked as though they were capable of performing in fits and starts. It’s a tendency that pre-dates his return to the club, but it’s not something that Mikel Arteta has been able to successfully address yet. But everything appears to be in place. Even pre-season results – including a 6-0 win against Sevilla and a 4-0 win against Chelsea – have been improbably good, and have raised expectations a notch.

With cover in now practically every position, some astute summer transfer business, and young players such as Bukayo Saka and Emile Smith Rowe already on the fast-track to maturity, it’s now down to the manager to justify the faith placed in him by those running the club.

Optimism is certainly not a finite resource at The Emirates Stadium, as he will already be plenty aware. But a return to the Champions League is within their grasp.