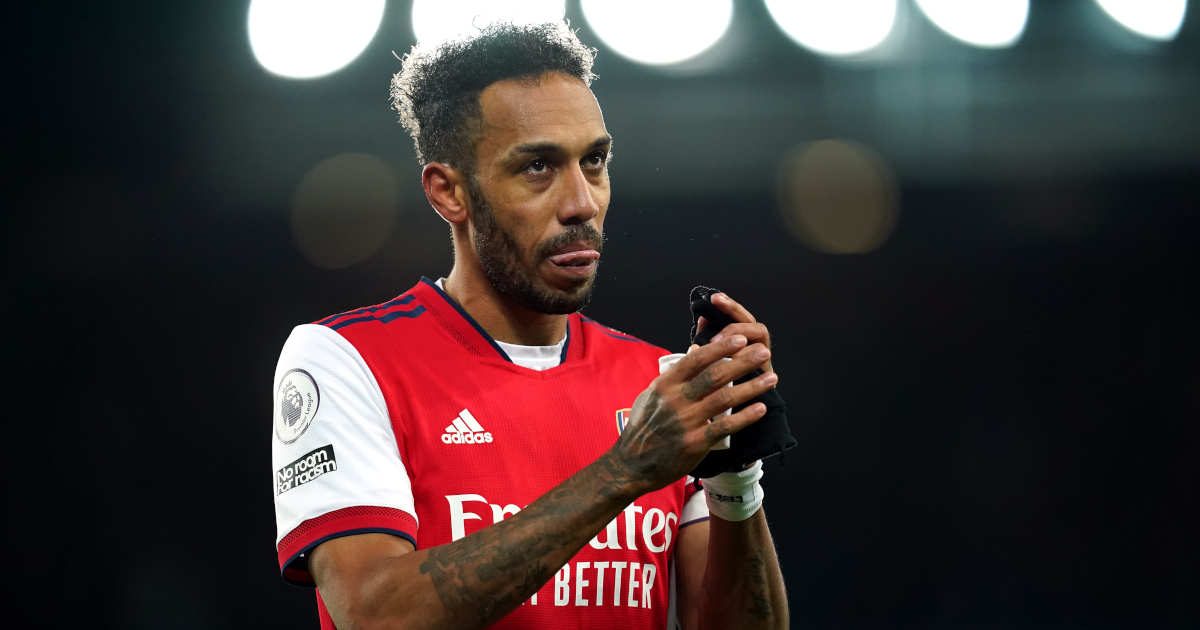 Arsenal are chasing around for a striker on deadline day, so despite Barca’s interest in Auba, Arsenal Twitter may be set to melt down again.

It’s been five years since Arsenal last played Champions League football, and after 18 successive years of qualification, we might reasonably think that returning to that competition was the most important thing the club could achieve this season. In the three-and-a-half years since Arsene Wenger finally left the club, Arsenal have looked even more rudderless than during his final seasons; but this feeling of drift was supposed to end with the appointment of Mikel Arteta. He had a process, and with a run of six wins and two draws from eight games in the autumn, it looked as though it might finally be starting to come together.

But Arsenal have a tendency to appear more exposed to the elements than other clubs near the top of the Premier League table, and just as everything seemed to be starting to click, fate had another blow in store with the disintegration of the club’s relationship with captain Pierre-Emerick Aubameyang. His disappearance to AFCON was almost a blessing, but his return has been less so. Talk of heart lesions brought about by his bout of Covid were hardly likely to increase his value in the transfer market, and the club needed to get his £350,000-per-week wages off their books if they wanted to bring in a replacement.

There is little question that Arsenal could do with some refreshing in attack. Their top goalscorers this season both come from midfield – Emile Smith Rowe with nine goals in all competitions and Bukayo Saka with seven – and of their remaining attacking options, Gabriel Martinelli is their top scorer with just four. And with the race for fourth place in the Premier League having tightened in recent weeks, narrow margins could well prove to be the difference between success and another post-Wenger failure.

It’s not that Arsenal can’t score goals. They scored 14 in four games in December. But their record against other clubs in the ‘Big Six’ is revealing. In all competitions they’ve so far played eight games against them, but they’ve only taken a win and a draw from those games (a win against a Spurs team that was mid-implosion at the end of September and a draw from their Carabao Cup semi-final first leg against Liverpool), while the other six matches have all ended in defeat, with Arsenal scoring just two goals while conceding 18.

All of this makes Arsenal’s behaviour in the January transfer window look particularly perplexing. Their squad is at the time of writing down to 22 players, and one of those remains Pierre-Emerick Aubameyang. But despite the thinness of their playing squad, Arsenal have continued to loan players out in January. Eight players have left the club since this window opened – to add to those they already had out – and while those eight do include fringe players such as Brooke Norton-Cuffy and Ryan Alebiosu (a player so obscure that he doesn’t yet even have his own Wikipedia page), it also includes more established players such as Ashley Maitland-Niles, Folarin Balogun, Sead Kolasinac and Calum Chambers. It still feels counter-intuitive that the club should have been shifting quite so many players out while not bringing any in. Instead, they seemed to spend much of the month in the fruitless pursuit of Dusan Vlahovic, who ended up signing for Juventus instead.

The result of all of this is that on transfer deadline day, Arsenal are still chasing the players that they need to give their squad a little more backbone. Perhaps Alexander Isak will arrive from Real Sociedad. Perhaps it will be Alvaro Morata. Perhaps another agent will get through to Edu today with a player that nobody had even previously considered. But it could just as easily be none of them. Any new signings remain dependent on Ousmane Dembele leaving Barcelona for Paris. Arsenal are in the middle of a transfer deadline day with no obvious coherent plan, and Arsenal Twitter is at the point of meltdown.

If Barcelona have found a way of getting Dembele off their wage bill for the rest of the season, they have got extraordinarily lucky, and Arsenal in turn are lucky to have potentially found a route to get Pierre-Emerick Aubameyang off their wage budget. But if Barcelona have shown their own weakness in their apparent decision to immediately spend a proportion of the money they’ve saved on Dembele on Aubameyang, then so have Arsenal shown the flaws in their own set-up by spending weeks chasing a player whose signature always seemed unlikely. They find themselves going into the last day of the transfer window having not brought in any replacements to a very thin-looking squad while being dependent on the departure of one player to bring in the calibre of players that fans expect.

As ever, the situation at The Emirates Stadium seems to be that Arsenal are all process and no plan. The club’s chances of silverware this season are – following elimination from both the Carabao Cup and FA Cup during January – now functionally non-existent, but they remain in strong contention for a place in next season’s Champions League. But injuries due to fatigue are a subject with which Arsenal should be fully conversant, and a failure to strengthen the squad when the opportunity arose may yet sting the club, should their January wilt continue and they fall from contention in that race for a Champions League place. The January transfer window, barring any late and spectacular surprises, already looks like it might turn out to be another wasted opportunity, for Arsenal.