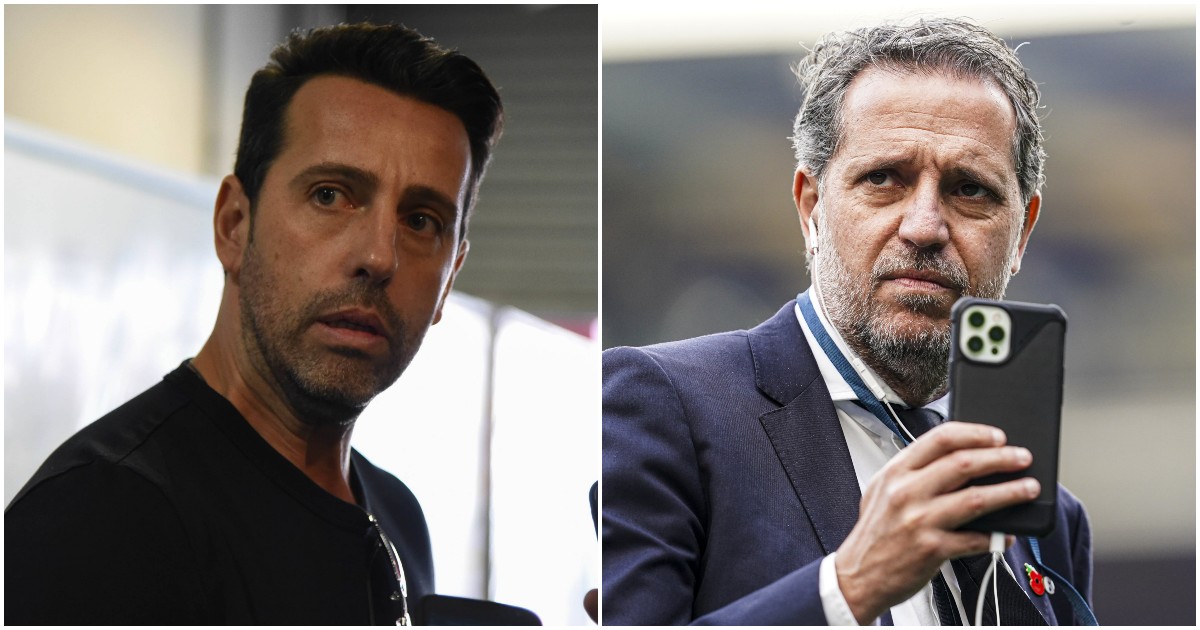 Arsenal and Tottenham are not the only clubs yet to make a signing in January, but so much more was expected of Edu and Fabio Paratici.

Two points separate the teams between 3rd and 7th more than halfway through this Premier League season, yet one commonality unites that quartet: a lack of signings.

Wolves are lurking close behind and have strengthened their hand with the permanent capture of Hwang Hee-chan to accompany the £3million arrival of Chiquinho, but none of the four sides in their immediate view either want to or are capable of blinking first. Manchester United seem content to gamble and put their transfer needs off until the summer, while West Ham have struck late and to phenomenal effect in recent winters so will be minded to repeat that trick. But Arsenal and Tottenham’s stagnation is not for the reported want of trying.

It is a stand-off that echoes a sort of budget version of the 2016 January window, when the Premier League title was there to be bought but Arsenal invested £5m in their new longest-serving player Mo Elneny, Manchester City brought future club legend Anthony Caceres in for a six-figure fee and Tottenham did nothing. Leicester spent twice as much as that trio combined and did not encounter too many obstacles on their eventual stroll to the greatest championship success in the sport’s history.

That the north London pair are in a similar situation six years later but scrapping for a Champions League qualification place instead of the title tells different strands of the same story of persistent executive negligence, malpractice and general incompetence. Edu Gaspar and Fabio Paratici are tasked with reversing those respective wasted years and squandered opportunities: a feat that cannot be achieved in one window, much as the messes they must clean up were not created during a solitary summer. And through their shared experience of overblown praise, vitriolic criticism and having every decision scrutinised beyond all meaning, the two appear to have a mutual understanding of the roles.

Paratici and Edu having a stench off. Funniest derby in the Prem

“What I would like people to understand is the big picture,” said the former in September, imploring fans to take into account the “direction” the club was headed in. The latter likewise spoke of the “big picture” in October, adding that “this is our direction” and “a lot of the time the way is not straightforward, you have to be up and down”.

Tottenham fans might argue that balance has not been struck. Their January has been spent ruing the decision to target Adama Traore, coming round to the idea of targeting Adama Traore and then watching Barcelona sign Adama Traore. There is talk of Luis Diaz, now bound for Liverpool, of Tariq Lamptey, tied to and happy with Brighton, of Franck Kessie, who has reached an apparent agreement with Barcelona. The phrase ‘loan with an option to buy’ has rarely enjoyed so much airtime and while Antonio Conte would not have been tempted into the job under the impression the entire squad would be replaced and furnished with expensive mid-season purchases, he was surely promised something more coherent and ambitious than this.

Fresh links to Alvaro Morata are unlikely to encourage a manager whose previous one-year dalliance with the Spanish forward bore little more than rotten fruit. Any incomings seem intrinsically tied to the futures of Tanguy Ndombele, Dele Alli and Giovani Lo Celso.

Arsenal have no such issue trimming the fat of their squad. Calum Chambers has surreptitiously departed, with Sead Kolasinac also exiting permanently and Ainsley Maitland-Niles, Folarin Balogun and Pablo Mari leaving on loan. Yet they have cast a more narrow net and still caught nothing from their high-profile pursuits of Dusan Vlahovic, Arthur Melo and Bruno Guimaraes.

After a genuinely excellent and progressive summer in terms of recruitment, the foundations laid by Edu under Mikel Arteta are being tested to their very limits by the current stasis.

With four days of the window remaining, the pressure on Edu and Paratici to deliver is painfully high. Both clubs need signings. Both clubs need impetus and an injection of momentum. Neither can expect to appease their fanbase by pointing to the “bigger picture” while holding a canvas covered in crosses and scribbles. Neither can get away with throwing a month’s worth of sh*t at the wall if none of it sticks come February, considering how big an impact it will have come May and beyond.