Home F365 Says Arsenal, Spurs must RSVP to Big Six party while they still can 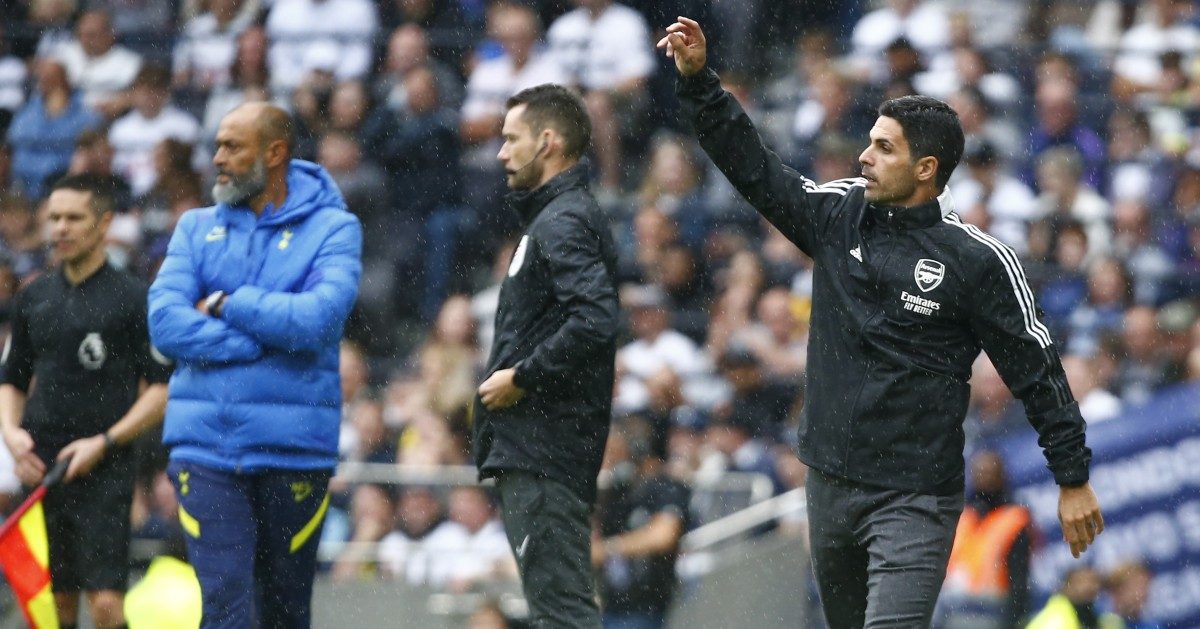 Arsenal and Spurs were clinging on to their Big Six status when the European Super League rolled around. Their party invite is not permanent.

When the European Super League details were leaked last year, there was an immediate outpouring of emotions from football fans. The overriding feelings were of anger and bewilderment – outrage that the richest clubs were trying to separate themselves even further from the rest of football and that they had devised such an appalling concept that went against the basic values of competition as a part of sport.

In tough times, though, the awkward among us try to find some humour. In the midst of widespread incredulity, there were two clubs that stood out in the ‘Rebel 12’ and gave rival supporters some laughter at the football funeral. Arsenal, on their way to a second consecutive eighth-place Premier League finish, and Tottenham ‘thou shalt not win a trophy’ Hotspur had somehow managed to get themselves involved in the formation of this travesty. It was delightful ammunition for meme creators everywhere.

It was easy to include Arsenal and Spurs in the finger pointing and I am absolutely not absolving them of criticism but looking back now it is easy to see why they accepted the proposal that was coming from all of Europe’s superpowers. Declining the invitation would have left them even further behind those clubs both economically and on the pitch.

It reminds me of when I was invited to a party at university with all the most popular students. I didn’t particularly want to go but my social standing was very much on the edge of that group and I knew that if I didn’t accept, I would soon be forgotten and easily replaced. My ‘real’ friends were all confused as to why I was bothering, in the same way (albeit slightly more low key; official statements would have been weird) that clubs like West Ham, Everton and Leicester expressed their disgust at the ESL proposals. Because we all know that Gold and Sullivan absolutely would not have sold out if they had been invited to the party. They have no form for anything like that.

Arsenal and Spurs have managed to cling onto their place in what is widely regarded as the Big Six for a while now, but last season and this summer have moved the Premier League even further towards a Bigger Four: Manchester City have broken the British transfer record; Chelsea have strengthened their European Cup-winning squad with a top-tier striker; Manchester United are finally looking like they can genuinely challenge for the big trophies again with the signings of Raphael Varane, Jadon Sancho, Cristiano Ronaldo and, most importantly, Tom Heaton. Liverpool look the most vulnerable but they have their title-winning defence back and will be strong again if they don’t have catastrophic luck with injuries.

The immediate challenge for the north London duo is to try and keep themselves fifth and sixth on the ESL invite list and build from there. Clearly, they have money and status on their side. But looking objectively, Leicester already have a case for one of the places after finishing ahead of Spurs and Arsenal for the past two seasons and boasting what looks like a vastly superior squad. West Ham look likely to challenge for a European spot again and are a completely different proposition to the club that was going nowhere under Manuel Pellegrini. Aston Villa are also upwardly mobile, while Leeds and Everton have astute coaches who will make the most of the solid squads at their disposal.

On the pitch, the two clubs could not have had more contrasting starts. Arsenal are very much this week’s club in crisis and Spurs are belatedly enjoying their post-Jose bounce. But despite the league table telling a very different story, both are actually in very similar situations. Significant mistakes have become far too commonplace in north London and it is time to find a new way to challenge last year’s top four. Spurs may be at the top of ‘Oblivion’ at the moment but expect a rollercoaster season for both again. Signs of progress are essential. 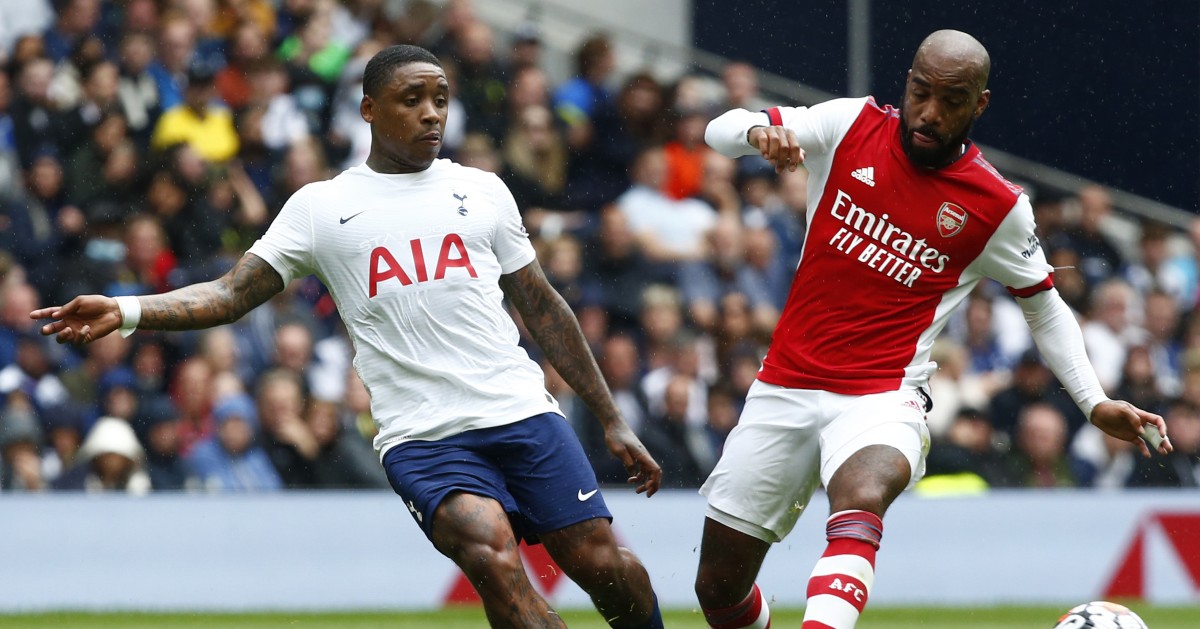 Arsenal have been on a steady decline since the Invincibles era and inexplicably ended up in a situation this summer needing a goalkeeper, right-back, left-back, centre-back, central midfielder and creative player. Tottenham’s biggest mistake was hoping the Jose honeymoon would buy them instant success before the inevitable repair job. They should have remembered they were Spurs.

Just look at the scattergun purchases that both clubs made in the 2020 summer transfer window. Tottenham’s window showed why Mourinho prefers to shop in Waitrose than Morrisons. Sergio Reguilon and Pierre-Emile Hojbjerg were excellent purchases but Matt Doherty, Carlos Vinicius and Joe Hart were never going to be long-term answers. Arsenal may see the benefits of the purchases of Thomas Partey and Gabriel this year, but they are still suffering from the hangover from that night with Kia Joorabchian where they ended up being lumbered with Willian, Cedric and Pablo Mari.

For both clubs, there was no clear plan and everything seemed reactive rather than proactive.

Based on this year’s transfer window, it seems that both clubs have acknowledged that they are not going to challenge the Big 6-2 immediately and are instead planning for the longer term. There has been some criticism in the dealings of both clubs, but there at least seems to be some clarity of thought in the business that they have conducted. The emphasis is clearly on future success and rebuilding with young, hungry players.

They have both tried their best to clear out bloated squads and have successfully offloaded countless senior players that had become part of the problem rather the solution. Erik Lamela, Toby Alderweireld, Moussa Sissoko and Danny Rose all had great moments with Spurs but needed to be moved on. The departures of Matteo Guendouzi, Lucas Torreira, David Luiz and Willian epitomise the confused recruitment at Arsenal. That there are still other players both teams have been unable to sell is a further sign of previous failings. Spurs would have left themselves with a squad of seven full-backs if they hadn’t paid off Serge Aurier. Arsenal seem to have sold players a few times over now (expect Sead Kolasinac and Mohamed Elneny to randomly appear again in a few months) that are still on the squad list ready for another season, presumably with the aim of annoying the regulars on AFTV.

The recruitment will no doubt contain some misses when we look back next year but there is at least a consistent approach and that should ensure neither club is saddled with as much deadwood to clear in future transfer windows. It is easy to compare the purchases of both with the other ESL wannabes but that conveniently misses a very salient point: neither team has the resources or pulling power to bring in Ronaldo, Jack Grealish or Romelu Lukaku. And neither squad required touching up; full facelifts were needed.

Arsenal fans are understandably rather sensitive at the moment, but after the signing of Takehiro Tomiyasu they have been given players in all the positions they demanded, all aged 23 and under. The answer can’t always be more signings; the solution now needs to be getting players fit and finding a system that suits everyone.

Spurs have also brought in promising players like Emerson Royal and Bryan Gil with an eye on the future, with only goalkeeper Pierluigi Gollini (26) over the age of 23. It is up to Nuno to try and ensure he can maintain the early momentum of his reign, which would be helped if he can solve the Da Vinci Code that is Tanguay Ndombele. That midfield could really do with his theoretical creativity.

Only time will tell if this change in approach will allow both clubs to prosper in the long term and whether the tabloids are patient enough to persist with the Big Six narrative long enough for it to remain in people’s psyche. But at least there is a discernible approach. From having one of the oldest teams in the league under the Overpaid One, Spurs now have only one player over 30 in their first-team squad. And Arsenal may continue to suffer some short-term pain but look through their squad now and there is genuine hope for the future.

Their reputations and financial might got both invited to the ultimate European party. There will inevitably be more drama along the way, and it will take time and patience, but maybe they have finally worked out how they can stay on the guest list.