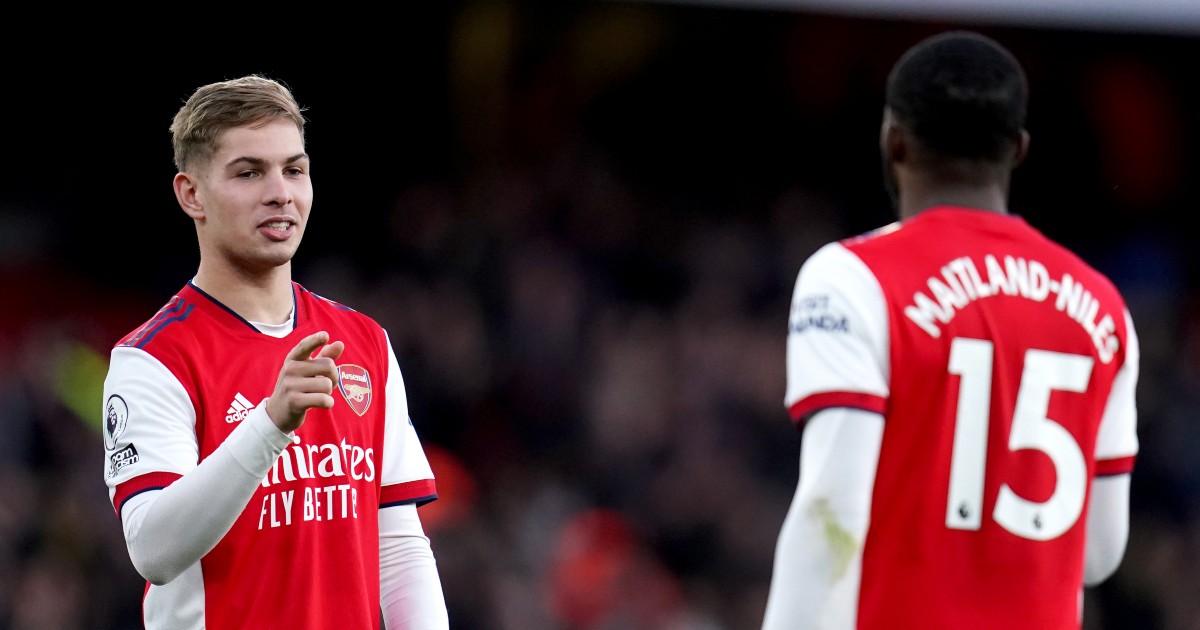 With the collapse of the latest challenge to the Invincibles, Arsenal take the Premier League’s longest current unbeaten run to Liverpool.

The Invincibles 2003/04 fanatics™ were out in force a fortnight ago as Liverpool’s unbeaten run came to an end at the London Stadium. Eleven games into the season, some Arsenal fans felt the need to reiterate this one-note superiority above all else. It was a similar scene after Jurgen Klopp’s runaway train came off the rails at Vicarage Road back in February 2020 with just 11 fences left to jump. The history card is the plaything of the reactionaries who need to shout about the past to stall the misery of the present.

And for most of last season, Arsenal felt pretty miserable. There were some green shoots of recovery when the pressure was off down the home straight but they simply didn’t turn up for the second leg of the Europa League semi-final. It’s the first time since the 1995/96 campaign that the Gunners haven’t had any European football. Two consecutive eighth-placed finishes ‘under new management’ were not the stuff of future dreams. Arsenal have been existing in an air pocket for too long. It’s been breathing but not living.

When the Arsenal premiere of Arsene Wenger: Invincible took place last week in London, the opening scenes lingered on the long goodbye of 2018. On that fateful May Day, the documentary shows a scowling Wenger before he is summoned onto the pitch for a loveless parting kiss. The overarching feeling was that painful slow death would throw up fog for some time. The romanticist who failed to adapt to the new world he once helped create left the organisation in a state of inward-looking flux.

Now, that fog is lifting a little. There is a danger of AFTV breaking out into a smile without the swear box as a comfort feed. Mikel Arteta’s siesta has turned into more of a flamenco stamp. There’s a spark and a soul, too, a heartbeat that is more than just functional. There’s even a bit of devil. After defeating Watford before the international break, the boss talked of how excited the team is to play at the Emirates, a venue that the previous manager called “his suffering”.

Since the 5-0 decimation by Manchester City in late August, results have been ground out, first with a stolid regularity and then moulded to a touch of flair. Six victories and two draws from eight games against the likes of Watford, Aston Villa, Burnley, Norwich and a neutered Tottenham may not be a sound extrapolation but the favourable fixture list has at least shown that there is progress, a vision and a way of playing. That has bypassed some of their direct rivals. Now is the time to put the flak helmets on and face the forward fire at Anfield.

We are about to see whether the “unity, courage and development” that Arteta has engendered will be enough armoury to take on the big boys. Arsenal have won only one of their last 12 league encounters with Liverpool. When they are fully loaded. the Reds would fancy tearing into this fixture with extra relish having scored 18 against the same opponents in the previous five at their fortress. However, as injuries and midfield imbalance still stalk their title challenge, Jurgen Klopp’s troops might be a little less set than previous seasons. The pressure is on them with only two wins from five at home and what might be a seven-point gap to Chelsea by kick-off.

Arsenal’s extra weapons now include work-rate, an absolute must to get anything at L4. Pierre-Emerick Aubameyang is leading from the front, putting in even more kilometres than Mo Salah per 90 minutes. His possible absence would be a blow to the framework that is setting the example.

Arteta is bordering on exuberant at the new and improved Gabonese: “Do you see the way he runs, the purpose he has to press the ball, and, when he takes it his movement, his link, how he is leading the game, not when he is static, and then he puts the ball in the net? I prefer this Aubameyang.”

Alexandre Lacazette has also clicked into a senior role model to show the way for Emile Smith Rowe and Bukayo Saka. The £30million deal for Aaron Ramsdale didn’t excite too many but he’s got something about him that transcends the saves, despite that almost fatal walkabout against Watford.

After 100 games in charge, the Spaniard admits he is only a “baby” and getting past the terrible twos was a painful necessity that has set the tone for real growth. Arsenal are a club that needs to be in the equation, a club that should be shot at for better or worse rather than mocked mercilessly as a soft touch that relies on time immemorial for reference.

Saturday evening could see the Gunners walk straight into the force of a Liverpool storm. If that happens, are they brave enough to weather it and show their personality?