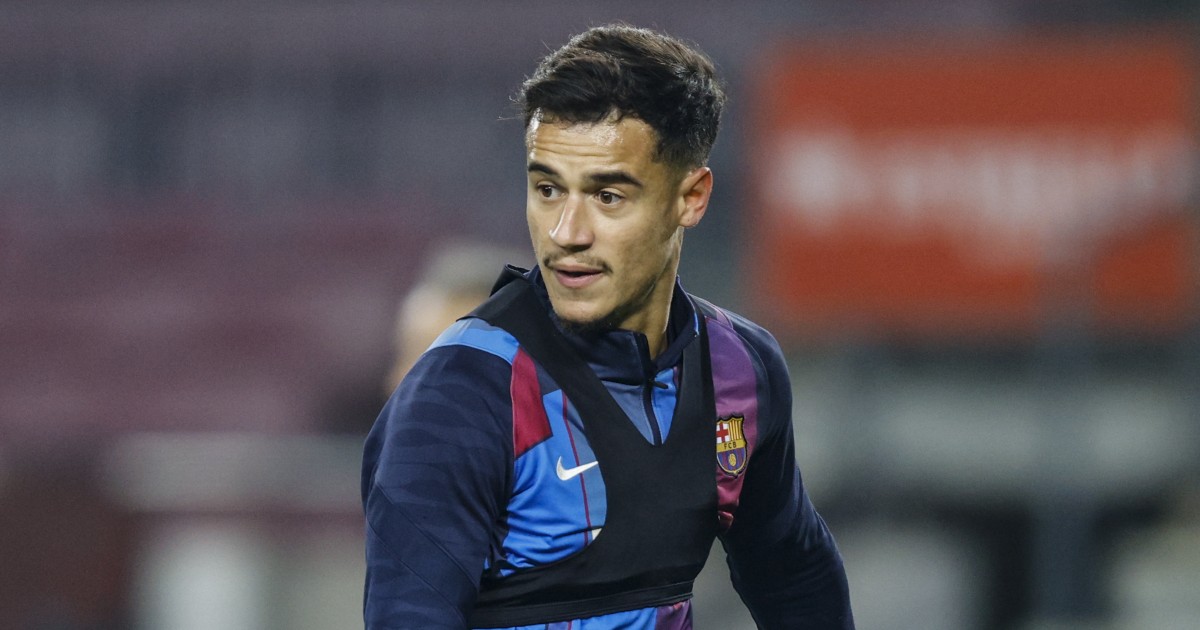 Philippe Coutinho has been linked with Arsenal yet again but it is no longer a risk worth taking and the club feels united in that stance.

It felt like the perfect union on more than one occasion. In August 2019, Arsenal were seen as a ‘wonderful fit’ for Philippe Coutinho. By the following May, Winty was typing through misty eyes about how the Gunners had ‘a Santi Cazorla-sized hole in their heart ready to be filled by any footballer with magic feet’, with the Brazilian a prime candidate. Yet January is upon us, the six-monthly speculation has returned and it no longer makes the slightest semblance of sense.

There is not enough salt to accompany the claim that Arsenal are ‘working’ on a deal. A 29-year-old Barcelona cast-off no longer fits the transfer ethos of a club whose summer signings fell between the ages of 21 and 23, with Martin Odegaard’s arrival from Real Madrid the anomaly in a list of selling clubs. Brighton, Sheffield United, Bologna, Anderlecht and Benfica might not ordinarily be among Europe’s scouting hotspots but they have provided the pillars upon which Mikel Arteta has built.

And what Arteta has built does not require a mercurial brilliance that has faded into obscurity. Coutinho is a totem of the past, both in a specific sense but also in the context of Arsenal’s exciting future. An individualistic player last relevant at a high level three years ago has no place in a team that has shown neither a willingness nor a need to shoehorn in anyone that does not fit.

Adding Coutinho would only subtract from Arsenal’s burgeoning identity. Odegaard, Emile Smith Rowe, Bukayo Saka and Gabriel Martinelli should be cherished, highlighted and prioritised. “It is about pushing the train, not jumping on a running train,” Jurgen Klopp once said; it feels as though Arteta will similarly reward those who boarded amid early delays and cancellations, rather than those who might wait for a stop further down the line.

Coutinho’s own agent put it best. “Unfortunately, I’d have to say, which player has moved to Arsenal that has not been a disaster in the last couple of years?,” Kia Joorabchian asked in August, explaining that “something has gone wrong” at the Emirates and the unceremonious departure of another client, Willian, was “just one piece of the puzzle”.

Joorabchian can try and awkwardly force Coutinho into any jigsaw across Europe, but the gaps simply are not there in that corner of north London.

Arsenal have effectively outgrown the rumour. It is a reflection of their journey, a slice of spurious gossip that is no longer relevant to their current trajectory. And for a club that seems naturally disposed toward bitter division – Wenger In v Wenger Out, AFTV v The Rest, Sead Kolasinac should or should not be captain – the agreement on this matter feels pertinent. The only concerted push for Coutinho to join is coming from the player’s own camp. The fans, the manager and the squad surely share the sentiment that it is not a risk worth taking. Not when this young, vibrant group is finally coming into its own.

So it is time for Arsenal to complete the hat-trick: they have dropped captains and retro kits to great December success, with the abandonment of that Coutinho interest to follow. For the first time in years, the move would feel like a step down for club rather than player.