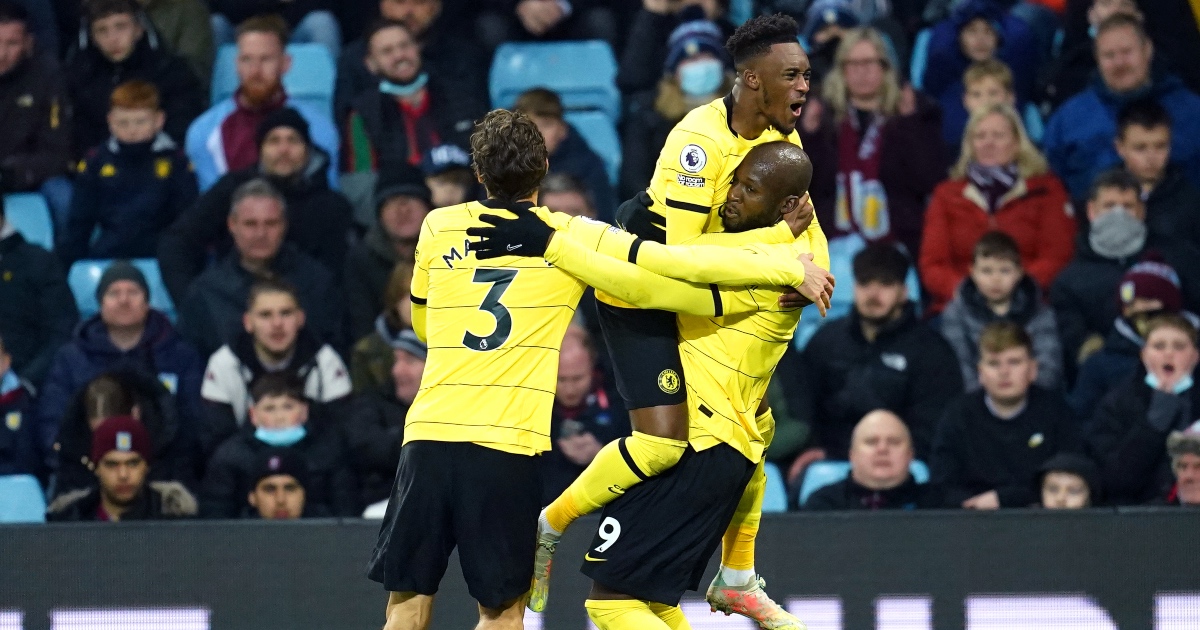 Christian Pulisic is not a striker. Romelu Lukaku is. Sometimes analysis of football really is that simple. Anyway, here’s 600 words worth of padding.

Christian Pulisic started Chelsea’s previous two games as their striker, and was – quite possibly by his own admission – absolutely useless. He was again against Aston Villa. It’s just not his game; he needs the ball at his feet and opposition players to run at rather than digging elbows into his back.

Tyrone Mings had a very comfortable first half and an uncomfortable second. There are very few players who could dominate him physically. Pulisic, of course, provided no such threat to his machismo: a prepubescent teen brushed aside with a smacked bottom.

But Lukaku’s voice dropped long ago and is deeper than anyone’s. He scored to give Chelsea the lead ten minutes after coming on and won a penalty to put the game beyond doubt in a stunning half of football.

Chelsea have put in countless crosses similar to the one Lukaku scored from in his absence, with none of the alternative options making that run across the defender. Mings will have known he was f**ked about half a second before Lukaku’s glancing header found the corner. It’s so difficult to stop.

And with Mings’ number firmly in his possession, Lukaku pinned the centre-back in almost every other Chelsea attack, winning a free-kick when Mings failed to kick through him so had to haul him down, and setting up his teammates on two other occasions, on which Chelsea should have increased their lead.

Lukaku’s strength, pace and control in the run to win the penalty was wonderful, and massive for a team who have consistently struggled to put games to bed.

It’s the sort of performance that lifts Chelsea back into the title race. They were going nowhere in this game, as has been the case for the last month, and were in danger of slipping into a fight for the Champions League spots rather than the title. But now, it feels like Chelsea have had their blip. They’ve survived their difficult period and are emerging from the darkness. If Liverpool and Manchester City have similar spells of mediocrity, possibly through injuries or misfortune, both of which have hampered Chelsea in recent weeks, Thomas Tuchel’s side – with Lukaku in the team – are well placed to close the gap.

But they will need to rediscover their bread and butter. The defending, often close to impeccable under Tuchel, looks shaky.

Plenty was made of Chelsea’s defence after four months of the season. They kept eight clean sheets and conceded just four goals in the opening 12 Premier League games. Antonio Rudiger was the best centre-back in the Premier League, Edouard Mendy had grown to a point where it appeared he was protecting a 5-a-side net, Trevoh Chalobah was the surprise success story of the best academy in the country and Reece James could do no wrong while doing a hell of a lot of things very right.

Now, as the narrative of Chelsea’s struggles has dictated, Rudiger has half a boot in Madrid, Mendy is flappable, Chalobah is inexperienced and James is knackered. The one man immune to criticism is Thiago Silva, who strolled around Villa Park for the first 50 minutes, doing everything with more time than anyone in the history of football, before limping from the pitch. Andreas Christensen, who replaced the Brazilian, will need to channel some of that tranquility in his absence. He’s absolutely capable, and if he wants the big contract he’s holding out for, now is the time to show he’s worth it.

Chelsea take on Brighton on Wednesday before Liverpool and Manchester City. Their title hopes rest on those games and on the broad shoulders of the man they bought to make the difference. Lukaku did it at Villa Park and if Chelsea are to win the title, he will have to continue.