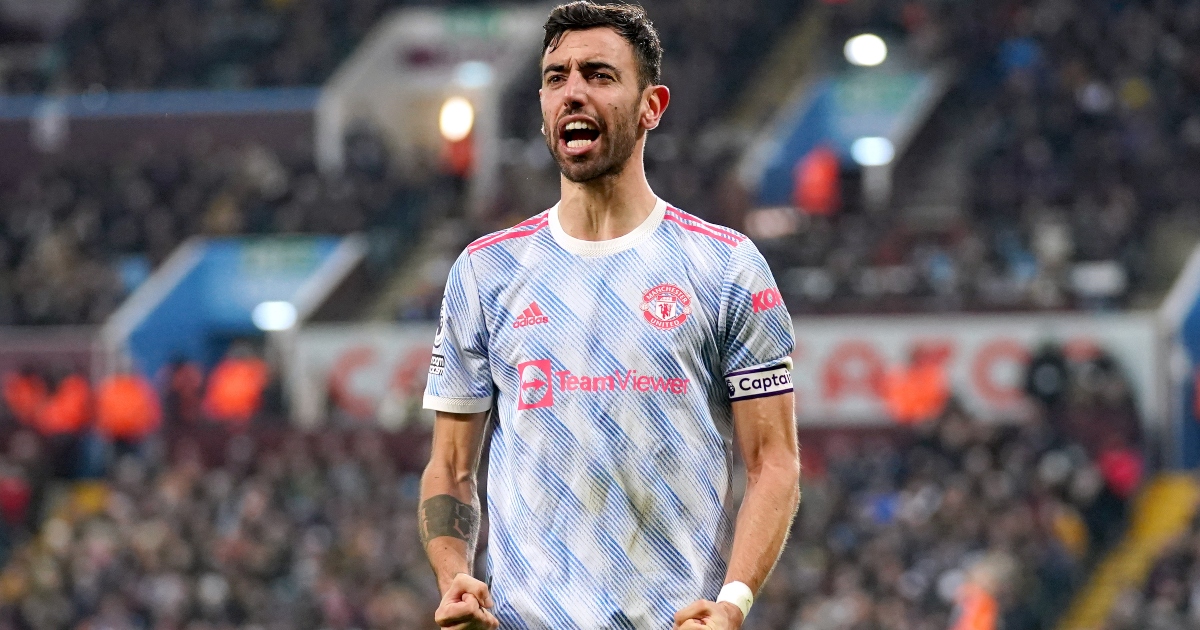 We really shouldn’t be surprised by Man Utd’s ineptitude anymore. Yet here we are again…

Just when you think you can’t be shocked by Manchester United anymore, they go and do that.

The Red Devils were in danger of making what could have been a breakthrough for Ralf Rangnick when they led 2-0 at Villa Park. For 45 minutes, they were comfortably the better team, well deserving of their one-goal lead at half-time. Though the opening to the second half was more fraught, Bruno Fernandes’ second of the night looked to have given them a platform not only from which to look down upon Villa for the remaining quarter of the game, but perhaps also to build on in the coming weeks.

Why are we surprised they f***ed it? United wilted woefully, conceding two goals in four minutes, with Jacob Ramsey scoring the first and teeing up the second for substitute Philippe Coutinho. Which for Villa, should be a shot in the arm.

United, though, took aim at their own foot and squeezed the trigger. From a hard-earned position of ascendancy with 20 minutes remaining, they caved in like the bottle jobs we know them to be.

Even with a two-goal cushion, the Red Devils simply could not be trusted to manage what remained. They possess neither the technical ability nor intelligence to sit on a lead, or the ruthlessness to go in for the kill.

Instead, they allowed Villa to recover a deficit of the like they haven’t found their way back from in the Premier League for eight years. And despite the hosts’ lack of form for such a fightback, it never felt off the cards, even when the United players joyously celebrated Fernandes’ second strike.

The Red Devils’ woeful inability to control games and dominate opponents, either aggressively or passively, remains rooted in their soft centre.

At Villa Park it was Fred and Nemanja Matic manning the engine room, which never felt secure after the opening 30 minutes, when United ventured on to the front foot for the first time in what feels like weeks. Months, perhaps.

For the remaining hour, it was overrun. Fred was busy, of course, and it was his industriousness that paved the way for Fernandes to double his tally. The build-up to that goal offered Rangnick some hope that perhaps they can press intelligently after all, even if it was just for just a brief, glorious moment.

Then Fred was one of three United players left choking on the dust of renowned dribbler and playmaker, Tyrone Mings. Fred tried to recover his ground after Mings had fed Coutinho, but the United midfielder served only to set up Ramsey for his first goal at Villa Park.

With one goal, it felt inevitable that a second would come, but the speed and ease with which Coutinho claimed it will still alarm Rangnick, even if it won’t surprise him.

What can the manager do? Rangnick has simplified his approach for the rabble he inherited from Ole Gunnar Solskjaer, binning his preferred 4-2-2-2 in favour of 4-2-3-1 because it seems that is the only system the players can understand. The German is having to take baby steps, teaching them the basics of pressing and possession, before he can contemplate something as drastic as a shift in formation. The chance he will be able to implement that in the five months that remain of the season seems increasingly remote.

He can demand a fit-for-purpose midfielder before the end of this month. United are famously stingy in January, preferring to wait until the summer to faff about with their transfer business. But even a club with the levels of delusion United suffer from cannot reasonably hope to make do through the remainder of the season without midfield reinforcements.