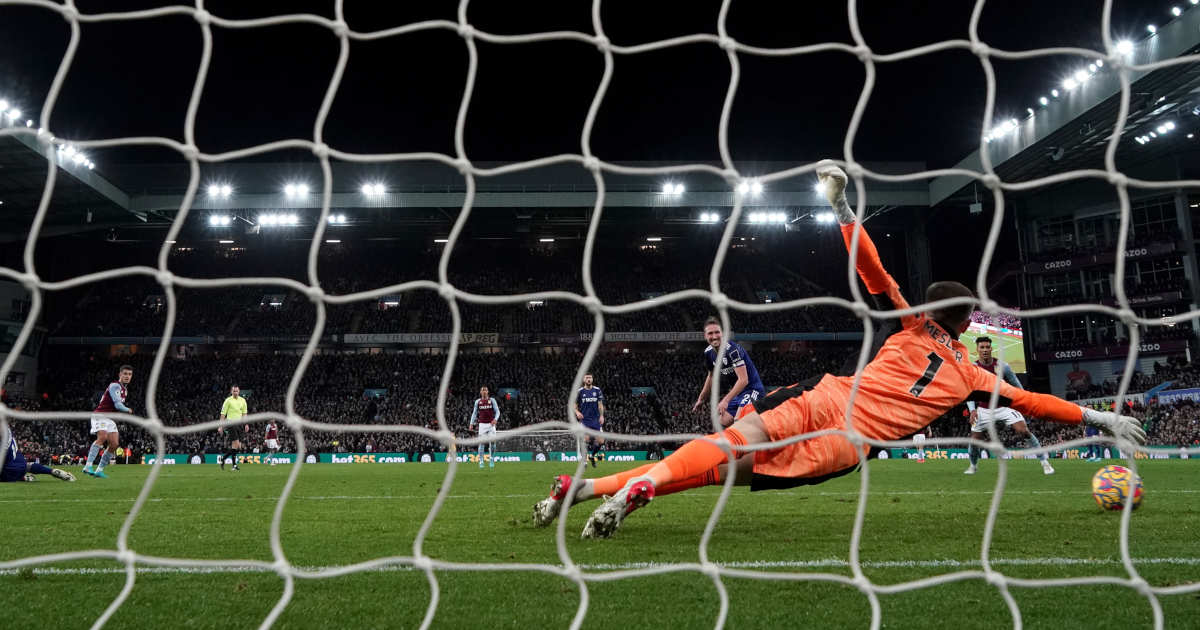 Aston Villa still have defensive issues to resolve, but the brilliance of Phillipe Coutinho and Jacob Ramsey show how far they’ve come.

In the space of 13 breathless first-half minutes during their match against Leeds United at Villa Park, Aston Villa supporters were treated to an idealised version of their team. Villa had already fallen behind to an early goal, a low angled shot from Daniel James, but the noise inside the stadium had barely fallen as a result, and after half an hour the ball was rolled back from the right to Phillipe Coutinho, who stroked the ball in to bring them level. Eight minutes later, he threaded the ball between four Leeds defenders for Jacob Ramsey to put Villa into the lead. Five minutes later, Coutinho repeated the trick, this time between three defenders, for Ramsey to drive the ball into the roof of the goal and extend their lead to 3-1.

Coutinho’s high-profile and high-cost move to Barcelona rendered him little more than a meme, but his performances since returning to England have demonstrated why Steven Gerrard was so keen to take him to Villa Park in the first place. Football commentary has a tendency to pigeonhole passes like those that Coutinho played as being something almost ‘supernatural’. To describe such a pass as ‘telepathic’ or similar is not particularly uncommon. Of course, Coutinho isn’t telepathic, but his skill is easily mistaken for it. His peripheral vision and geometry skills have got more to do with these goals than anything supernatural, and it’s a skill that can’t really be taught. Steven Gerrard knew this when he signed him in the January transfer window.

The decision to take Coutinho to Villa Park was a gamble, but it’s already starting to look as though this is a move that could work out for all concerned. Coutinho looks like a player transformed. He’s not only playing some wonderful football, but he also looks very much as though he’s enjoying it, and that’s not something that could be said for much of his time in Catalunya. And perhaps it’s mere serendipity that Coutinho has found himself paired up with Ramsey, a player who seems to be able to read the moves that he is about to make so effectively. It is a threat that Leeds United certainly couldn’t cope with.

But in Villa’s performance were also the reasons why they remain mired in the middle of the Premier League table. They held their two-goal lead for less than three minutes before Leeds pulled a second goal back, the final act of the best half of football that the Premier League has seen this season, and 18 minutes into the second half Diego Llorente brought Leeds level. Two of the Villa goals came as a result of errors by Tyrone Mings, who otherwise cleared the ball off or from near his own line three times in under two minutes. And defensively, Villa definitely have work to do. They’ve conceded at least two goals in four of their last five matches, with their only clean sheet coming with a 1-0 win at Everton. Conceding goals at that rate inevitably costs points.

In terms of statistics, Villa don’t seem to have improved much since Steven Gerrard arrived, except for in one extremely important metric. Figures collated by The Other 14 have shown that the team’s numbers since he took control have remained fairly static except for points per game, which has increased since Gerrard’s arrival from 0.9 per game to 1.5 per game. That’s the number that counts more than any other. The club’s future growth will be determined by progress in the Premier League, and pulling clear of a potential relegation fight – and it’s worth remembering here that, at the point of Gerrard’s appointment, Villa were in 16th place in the Premier League and just two points above the bottom three – might be the season’s greatest achievement.

And it should be remembered that the decisions to hire both Steven Gerrard and Phillipe Coutinho were gambles. Gerrard was one of the finest players of his generation and his time with Rangers was notable for breaking a ten-year run without a Scottish championship, but he was untried as a manager in the Premier League, and there remains a viewpoint that managing Celtic or Rangers is the equivalent to playing Football Manager on its easiest setting. The cautionary tale of Frank Lampard at Chelsea had already proved the risks of superstar players being brought in as managers, but Gerrard has not only managed to turn around a season that was heading towards trouble, but is starting to building towards the future with a team that is showing signs of promise, even though it remains far from being a finished article.

The same could easily be said for Phillip Coutinho. It’s easy enough to see how his loan to Aston Villa might have gone wrong, and there was even a hint of that during the Leeds match when he went down for a couple of minutes needing attention to his knee. A hush descended over Villa Park, and there was a definite sense of relief when he got back to his feet and was able to resume playing. But, absurd and ridiculous as it may seem at a distance of four years, this is a player that Barcelona paid €160m for and who has won trophies in four different countries. At 29 years old, he has a decade’s worth of experience, and the value of that could be seen in his link-up play with Jacob Ramsey.

A player who can play in the way in which Coutinho did against Leeds and who can also improve those around him is a rare gift indeed. As a project, Aston Villa remain unfinished, but the gambles they’ve taken since November have paid off so far. It’s been enough to lift them from the hint of danger, and it might yet take them some way further.