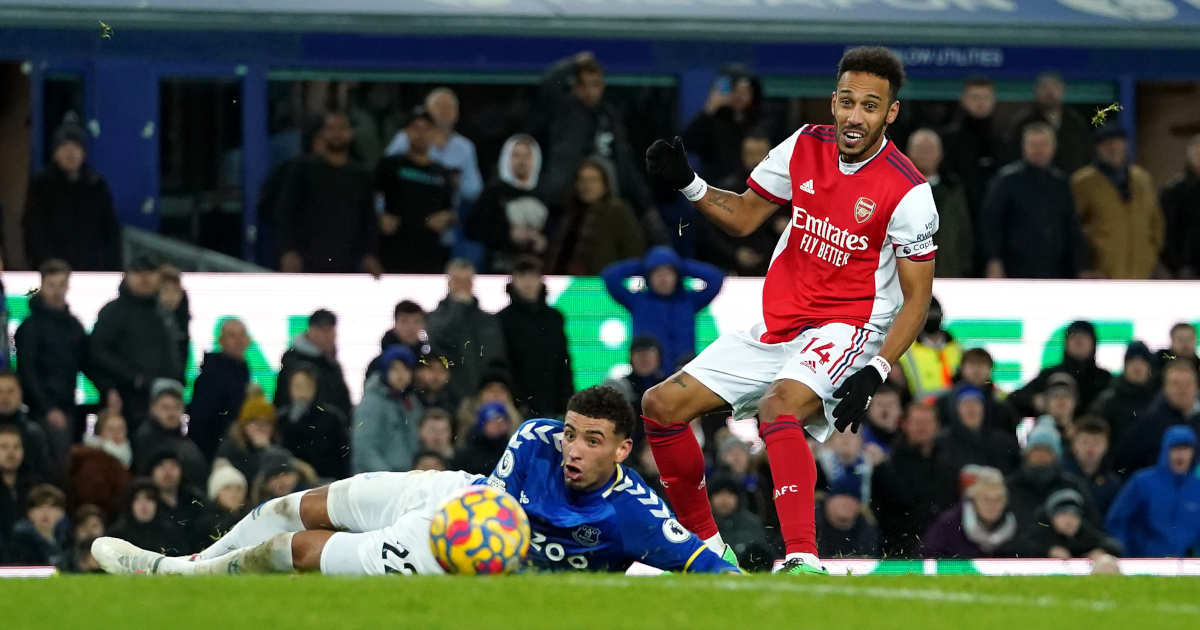 Mikel Arteta and Pierre-Emerick Aubameyang are at loggerheads, and the whole mess is a distraction when Arsenal really need to be concentrating.

For what are understandable reasons, Mikel Arteta would not be drawn on the hot topic of the day in his scheduled press conference. “We need a bit of time. It needs a bit of time to heal. For now he’s not involved in the squad.” Sometimes what somebody doesn’t say can be just as important as anything that actually comes out of their mouth, and Arteta may reasonably argue that he has other, more pressing matters than yet another malfunctioning Arsenal captain.

Quite what Pierre-Emerick Aubameyang has been playing at recently is just about anybody’s guess. He was left out of the Arsenal squad for their match against Southampton after failing to return on time from a trip abroad, and this wasn’t his first offence of this nature. In March, he was relegated to the substitutes’ bench for a north London derby against Spurs after reporting back late. This came just a month after he was reprimanded by the club over a video he posted to Instagram showing him getting a tattoo while, if the video was recorded near the time that it was posted, breaking Covid guidelines.

It’s hardly as though Aubameyang was being young and foolish; he’s 32 years old and will have turned 33 by the start of next season. The contract extension that he signed in September 2020 to considerable fanfare made him the club’s highest earner, but Arsenal haven’t had very good value out of him at all. He’s only scored 14 Premier League goals since signing, and Arsenal have been paying £350,000 per week for this patchy form.

Ranking every Arsenal star on whether they should be captain

The latest infringement followed a fairly familiar pattern. Aubameyang’s mother has been quite seriously ill and Arsenal reportedly agreed that he could travel abroad to bring her back to this country. The story goes that he was due to return the night before training, only to return instead on the morning of the training session. Current Covid testing protocols meant that Aubameyang was unable to return to training until he had produced a negative PCR test.

If Aubameyang’s unhappiness is caused by Arsenal’s ongoing failure to challenge at the top of the Premier League, he’s hardly alone. It’s a frustration that Arsenal supporters have shared for some considerable time. They’ve only finished as high as runners-up once in the last decade and a half, and when that happened in 2016, it could hardly be said to have been the culmination of a season-long championship challenge, coming shortly after Leicester City’s coronation as the most surprising Premier League champions of all.

Aubameyang wasn’t there for any of that. He joined Arsenal from Borussia Dortmund in January 2018 for a then club record fee of £56m. Initially, this looked like a good bit of business for Arsenal. He scored 10 goals in 13 matches during the second half of the 2017/18 season, and followed that by scoring 22 Premier League goals in each of the next two seasons, winning the FA Cup in 2020.

Acting petulantly at this stage of his career doesn’t seem to make much logical sense. His contract with Arsenal runs until the summer of 2024, but it doesn’t seem likely that onlookers from other clubs will be jamming his agent’s phone with offers when they see him acting in such an unreliable way. Contract offers for players tend to tighten when they get into their early 30s, anyway. Maybe Aubameyang has already decided to run this contract down and call it a day. It would certainly explain a few things.

But Arsenal have never quite wrestled the full value out of him. With 141 goals in 213 games in all competitions for Borussia Dortmund, he arrived at The Emirates Stadium with high expectations. He has scored better than a goal every other game for Arsenal, but 70 of his 92 goals came in his first two-and-a-half years with the club. The problem is that tail-off, especially since it tallies so closely with his agreement to a lucrative new contract.

It should be acknowledged that he has had personal issues which certainly cannot have been easy, but are these alone enough to explain such a tail-off, both in terms of form and, it would seem, attitude? He isn’t responsible for the fact that the club decided to make him captain, but it’s difficult to make an argument to suggest that he has the right personality for the role. It has been said before that English football places too much importance on the role of the captain, but whether this is healthy in a broad sense does not address this specific situation.

The autumn was relatively kind to Arsenal. The signing of Aaron Ramsdale from Sheffield United turned out to be one of the most inspired pieces of transfer business of the entire summer, while the continuing emergence of young players such as Emile Smith Rowe and Bukayo Saka offered hope that Arsenal are developing the right sort of young player, and that ‘the process’ was starting to yield results.

With this recent bad run, old insecurities have reared their heads again, but Arteta’s team won the game that they’d been preparing for without their captain, and his latest ruthless decisions might even be interpreted as something of a power play; pour encourager les autres, in case any of Aubameyang’s teammates start getting any ideas of their own. Some might even argue that the curse of the Arsenal captaincy, in which the eventual fate of the club’s previous captains reads like football’s equivalent to the fate of the six wives of Henry VIII, is still in play, all of which begs the question of whether these are forces that Arteta cannot completely control.

But even now Arsenal remain two points off the fourth Champions League spot, in sixth place in the Premier League, and few of the teams around them have been especially brilliant. Manchester United and Spurs have been winning matches and seem to be improving on where they were earlier this season under new managers, but we have yet to see what the summits of this rediscovered ambition might be. West Ham are in a bit of a dip. There’s a gap into which Arsenal could fit themselves. This is not a crisis.

It would be overstating things to say that Arsenal had ‘cracked it’ with their unbeaten run, but they had made solid progress, and without quite descending to the cracked badge histrionics of sacking their manager. There’s nothing to suggest that the club have treated Pierre-Emerick Aubameyang in any way badly, and while the matter of how a club captain ended up in this position for any length of time doesn’t reflect brilliantly on Arsenal’s structure, they’re probably the innocent party in this case, faced with a distraction they could well do without.