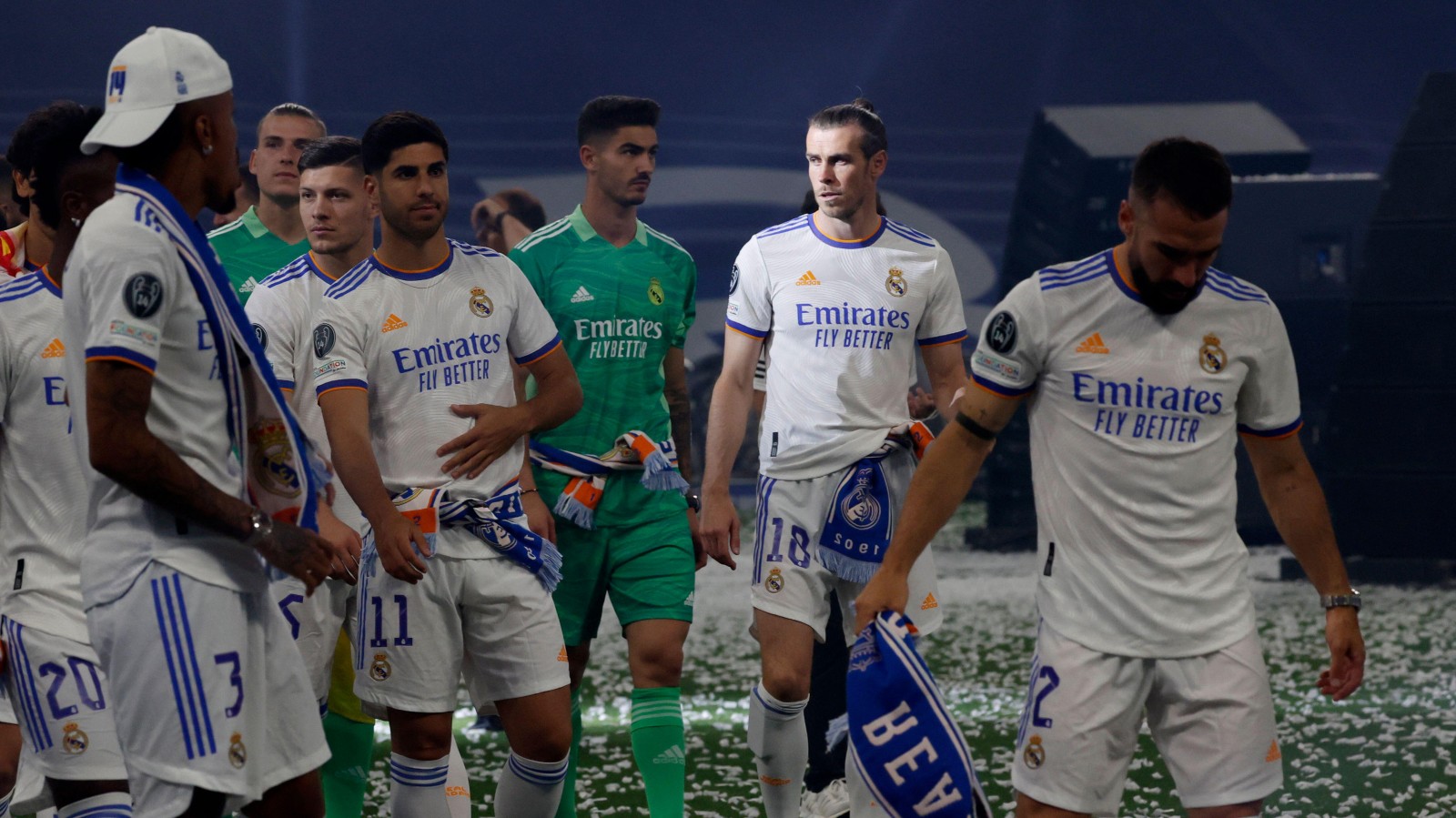 Even after a far more fitting farewell, Gareth Bale leaves a curious legacy at Real Madrid. Both parties were satisfied with and by the end.

At the end, after all the booing, jeering and goading, Gareth Bale and Real Madrid parted in a cordial fashion. With thanks for their support, and acknowledgement of his contribution to a near-decade of consistent success, both parties got what they really wanted. Bale’s contract expires in the summer; his nine-year spell in Madrid is done. But despite wracking up more favourable records and moments than most, his legacy is hard to place.

With more goals than the Brazilian Ronaldo, more assists than David Beckham and the responsibility of numerous vital contributions towards major titles, Bale should be getting carried out of the Santiago Bernabéu on a pedestal. But despite the thawing of their relationship in its final moments, you would be hard pressed to find many supporters who would consider him for a place in any all-time Madrid XIs, or even one made up of the best players from the 21st century.

In fact, Ronaldo and Beckham, both of whom had their issues with Los Blancos, are probably more fondly thought of by Madridistas. But the oddest thing is that nobody is surprised by it at all. Bale is leaving through the back door, probably four years after he should have, and maybe six after he would have been waved off appropriately.

The booing from the stands in itself was never the issue; it isn’t a measurement of failure, more that of the difficulty everybody has in impressing arguably the most expectant and demanding fanbase in the world. Zinedine Zidane and Cristiano Ronaldo are players with the sort of reputation Bale may argue he deserves – especially given that he has won more trophies than the former – and they both received such treatment. Bale’s case was more convoluted, though. Initially, he fought back against his criticism, which while coming to a head on the pitch, perhaps emanated from his perceived unwillingness to integrate into the Spanish lifestyle. His apparent struggles with the language counted against him, only fuelling resentment, much like it did in England for Marcelo Bielsa, who insisted on doing post-match interviews in his native tongue.

But did it really matter? That is the central question when it comes to Bale. There was so much digging in from both sides, with the player voicing his frustration and, in the end, appearing to purposely segregate himself and revel in his position.

In an interview with a Belgian newspaper in 2019, Bale’s now former teammate Thibaut Courtois admitted that he hasn’t always embraced the culture, while adding that his talent wasn’t always being showcased. “It is very hard to describe Gareth in one word,” the goalkeeper said. “I would say he has so much talent, but that it is such a shame that so often that talent is blocked from shining.

“I live like somebody who is born and bred in Madrid. I eat late, I go bed late… it is their way of life. The other night we had a dinner with the entire squad. But Bale and Kroos did not turn up. They reckoned the dinner was too late at night. We had arranged to be in the restaurant at 9.30pm and we started our meal around 10.15pm and by midnight we were having coffee. We go to bed at around 1am. We have to train every morning at 11am. I think that is a perfect time. But Bale had told us ‘I am not coming to join you, guys. I go to bed at 11’.”

Quite apart from the fact that Courtois also names Kroos as having an aversion to that particular aspect of the culture, without the German midfielder ever being labelled in the same way as Bale, it hardly feels like this was worth the change in narrative surrounding the Welshman. He scored an incredible goal against Barcelona in the 2014 Copa del Rey final, before turning that year’s Champions League final in extra-time against Atletico Madrid some months later. That should have been his moment of immortality. Even Real Madrid, a club where that sort of contribution is almost expected without a second glance, knew how important that night was. It was La Décima, the tenth European crown, their obsession for 12 years, and in effect, Bale scored the winning goal. But Sergio Ramos’ header in stoppage time is the one that gets the credit, and it is hard not to feel as though the reason for that is purely because he is an easier sell as the hero because he toed the line and looked more the part.

Madrid have now won five Champions Leagues in nine years after beating Liverpool in the latest. Perhaps it is easy to forget their desperation back then. But in 2018, Bale again marked history with an overhead kick in another victory over the Reds; the debate over whether that goal is the greatest ever seen in a final, better even than Zidane’s volley at Hampden Park in 2002, rages even now. But his post-match comments claiming he wanted to leave stuck more in the memory, leaving that bitter taste again.

For his part, Bale has not bowed to the desire of the Spanish press or Madrid fans. He didn’t see eye to eye with Zidane during his two spells as manager, but it was Carlo Ancelotti’s return last summer, after Bale had spent an inconsistent season on loan at former club Tottenham, that softened the stance on both sides. He hasn’t hidden his love of representing Wales, nor for playing golf. Perhaps if he hadn’t unveiled a banner purporting to put both ahead of his club, he would have less to complain about. There were also those at Spurs who were reportedly less than impressed with his application.

What is next for Bale will say a lot about his mindset. Rumours of retirement have been exaggerated, it seems, but does the drive to achieve more remain? If not, that is his choice, but he leaves Real Madrid as something of a paradox. He is a legend receiving the fanfare of a passer-by, and in truth, a lot of the noise created felt unnecessary. History may well be kinder to their time together, but neither side will be sad to see the back of the other.