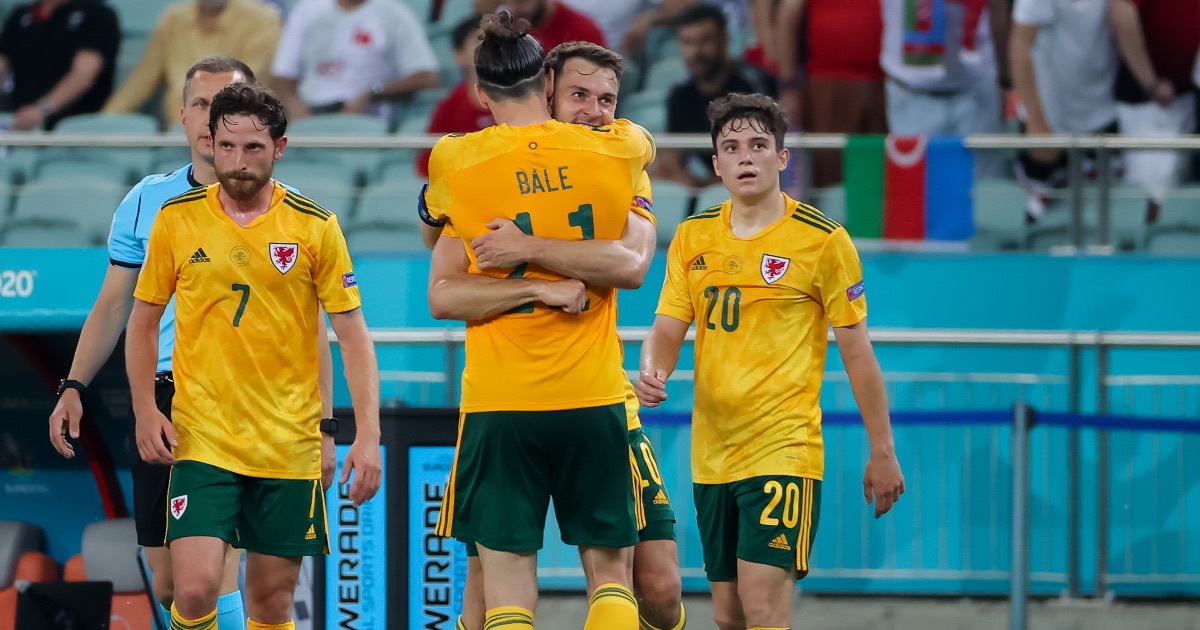 Gareth Bale missed a penalty. Aaron Ramsey missed two huge chances. Both were so, so good for Wales.

Gareth Bale had already put Aaron Ramsey through twice before the near carbon copy third that gave Wales the lead. Okay Yokuslu’s attempt to prevent the goal was pointing at Ramsey as he ran off the back of him in midfield. The West Brom loanee knew what was coming and either could not or would not do what was required to stop it happening. It was as though it was the first Sunday League game post-lockdown and Yokuslu was feeling the chest burn, while Ramsey had been Joe Wicks-ing his way to peak fitness over the last six months: Ramsey was everywhere; Yokuslu couldn’t keep up.

The defending was terrible. Not just Yokuslu, but the other midfielders who didn’t close Bale down, and the defenders, whose offside trap was akin to a five-year-old, string in hand, guarding a box propped up by a stick. But the run, the pass and the finish were brilliant.

The TV pictures may have been out of kilter, but Ramsey and Bale were on the same wavelength throughout. Bale did look up, but he almost didn’t need to. As soon as he got on the ball in that area – around 40 yards from goal – Ramsey started his dart in behind. The pass was at the midpoint on the drive-chip scale, hit perfectly into the path of Ramsey, who showed great composure, where he hadn’t just before, to chest the ball down and stroke it past the goalkeeper.

He should have had a hat-trick, reminding us of those days when Ramsey was deemed not good enough for Arsenal as his finishing failed to match the chances. But he makes those chances himself, through those runs from midfield. He remains one of the best around at doing just that, and to deride a player for one part of their game not being as good as the other, particularly when the other is so outstanding, is and always will be frustrating. He’s flawed, but everyone is.

Daniel James was excellent – sprinting forward and stretching Turkey. The rest of the Wales team were plucky, aggressive and (for the most part) cool under the pressure Turkey doled out in the last 30 minutes or so. But Bale and Ramsey were a class apart.

Bale missed his penalty in horrible fashion, but he won it himself through initiating contact just inside the box: it was ‘clever’. And what he did in stoppage time was pure joy. 1-0 up, knowing a draw would probably see them out of the tournament with Italy to come, the ‘done thing’ would have been to waste time. But no, with the Red Wall presumably begging him to keep the ball in the corner, Bale wanted to kill the game.

From two consecutive short corners, he turned a Turkey player and drove towards goal. Bale ran along the byline on the first occasion and drew a save from Ugurcan Cakir, before the resulting corner saw him make exactly the same move to set up Connor Roberts to seal it. It was daft, but genius. And we loved it.