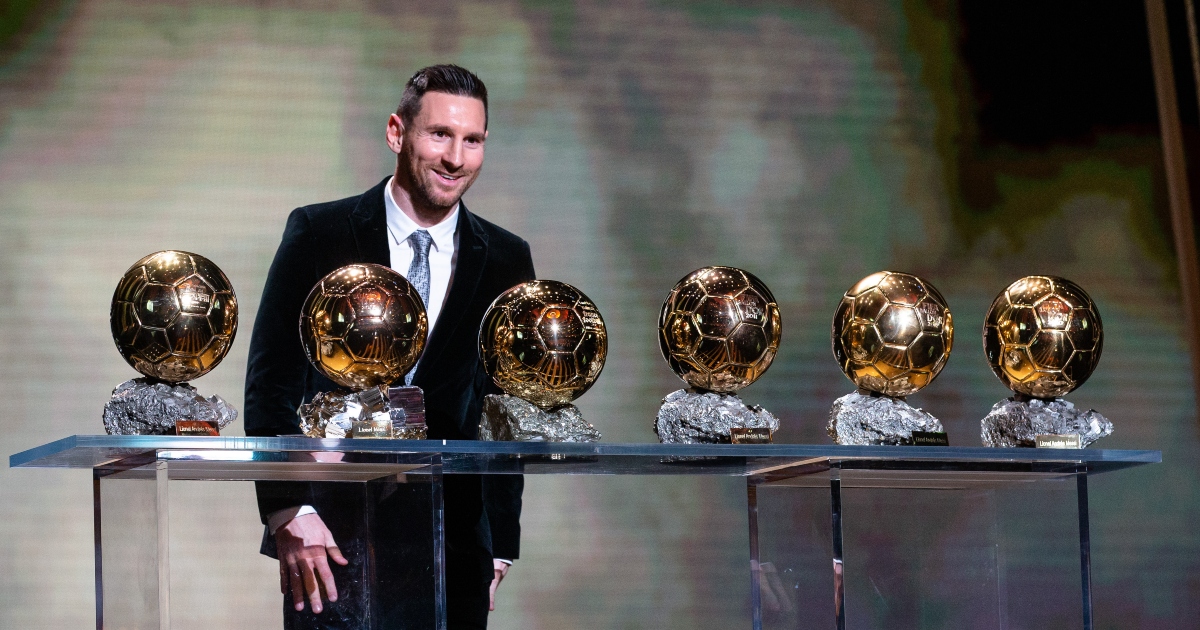 The integrity of the award has been called into question in recent years and it is not hard to see why the Ballon d’Or doesn’t matter as much.

Lionel Messi is the current holder of the Ballon d’Or, reclaiming his crown from Luka Modric, who surprisingly won the award following Real Madrid and Croatia’s success in 2018. The integrity of the award – alongside many other individual accolades – has been called into question in recent years. Frankly, the Ballon d’Or really doesn’t matter anymore.

The Ballon d’Or is the most prestigious individual accolade in world football, awarded to the male player deemed to have performed to the highest standard over the previous year. It used to be only journalists who had a say, but from 2007, coaches and national-team captains have been able to vote for their friends and teammates; oh, sorry, the players they think have been the most impressive.

And there is your first problem. The voting system is ever so slightly crooked, but does allow for some excellent entertainment once the voting records are released. Players’ votes are as f**ked as the journalists’. In 2019, Passang Norbu – a freelance journalist from Bhutan – had a top five consisting of all Liverpool players and after his Facebook account was discovered, the liver bird on his profile picture indicated why. The Argentine journalist is obviously voting for Messi while sneaking someone like Sergio Aguero in there, and their Portuguese counterpart is clearly going to vote for Cristiano Ronaldo, with Bernardo Silva creeping into the top five. Messi has only voted for Ronaldo twice and the Portuguese has never voted for his arch-nemesis, which is nothing more than, let’s say, tactical. The Eurovision Song Contest vibe in the voting is nothing new, and at this stage is just funny.

The 2020 award was cancelled thanks to Covid-19. The Champions League, Europa League and each of the top five major leagues (except Ligue 1) was concluded despite the pandemic, but the award for the best men’s player could not be given. How frustrating for Bayern Munich striker Robert Lewandowski, who was a shoo-in. The lack of ceremony makes sense as stadiums were empty for matches, but this does not mean the whole shebang should have been cancelled. The Pole was robbed.

And it’s not the first time. The 2018 Ballon d’Or was given to Luka Modric after the Croatian midfielder won the Champions League with Real Madrid and reached the final of the 2018 World Cup in Russia, losing 4-2 to France. Messi finished fifth in the voting, while Ronaldo came second behind his club teammate. Stats are not everything, but Modric scored two and assisted eight in 43 matches for Madrid, while Ronaldo scored 44 in 44 and matched the Croatian’s assist tally. Messi contributed to 65 goals in 54 matches and came fifth. France duo Kylian Mbappe and Antoine Griezmann completed the top five. The decision to give Modric the award was controversial and definitely damaged its reputation among football fans.

Modric had a fantastic year and without their captain, Croatia probably would not have reached the World Cup final. But it is important to recognise that the Ballon d’Or is an individual award, not a team one. Modric was not Real Madrid’s best player that year; Ronaldo was. Unfortunately for the now Manchester United striker, Portugal’s poor World Cup let him down. Despite a measly hat-trick against Spain and a winning goal against Morocco, it seems that the tournament in Russia was a deciding factor. It is the biggest competition in the sport, but it is just seven matches. Seven matches of the 60-plus played over a calendar year by most elite footballers.

To be fair, the Croatian was the first man not named Lionel or Cristiano to win the award since Kaka in 2007, so it could have just been a strong case of voter fatigue.

One of the few things in the Ballon d’Or’s favour is that it is not the Globe Soccer Awards. These awards acknowledge the people who work behind the scenes – agents and such, as well as players and coaches. Or in other words, super-agent Jorge Mendes as well as players and coaches. The whole thing was founded by Jorge Mendes – Globe Soccer’s agent of the century – before being taken over by Silva International, who own most of Mendes’ business. He was won 10 out of 11 agent of the year awards, while his clients win pretty much everything else. Ronaldo has won six out of ten best player of the year awards and the revelation of the year award was created in 2014 for Mendes’ client James Rodriguez, before vanishing until 2019, when it magically resurfaced for another one of his clients in Joao Felix.

Ceremonies such as the Globe Soccer Awards simply need to be ignored completely, but they do highlight a very sorry state of affairs when it comes to individual honours in the sport.

The Ballon d’Or voting is leaked every single year, and if you believe what you read, Messi will claim his seventh on Monday in Paris. If so, Robert Lewandowski has been hard done by once again after another incredible year with Bayern Munich. And if you think Modric’s win was bad, Jorginho is one of this year’s favourites after winning the Champions League and European Championship, despite not being the best player for either Chelsea or Italy.

The Ballon d’Or is an individual award that surely should be given to the best player in the world for that year, not somebody like Modric, who would not have been nominated had Real Madrid lost the Champions League final and Croatia not reached the World Cup final. He was sitting in the intersection of a Venn diagram of football success but that does not make him the sport’s outstanding performer of the previous 12 months.

Individual awards like the Premier League Golden Glove or Golden Boot are acceptable as they literally do exactly what they say on the tin. These simplistic awards will never lose credibility and will show future generations the brilliance of an individual player; Harry Kane could retire with zero trophies and zero Ballon d’Or podium appearances, but his Golden Boot tally should see him held in high regard for decades.

But the Ballon d’Or feels a little farcical, like a Eurovision without the knowing wink.