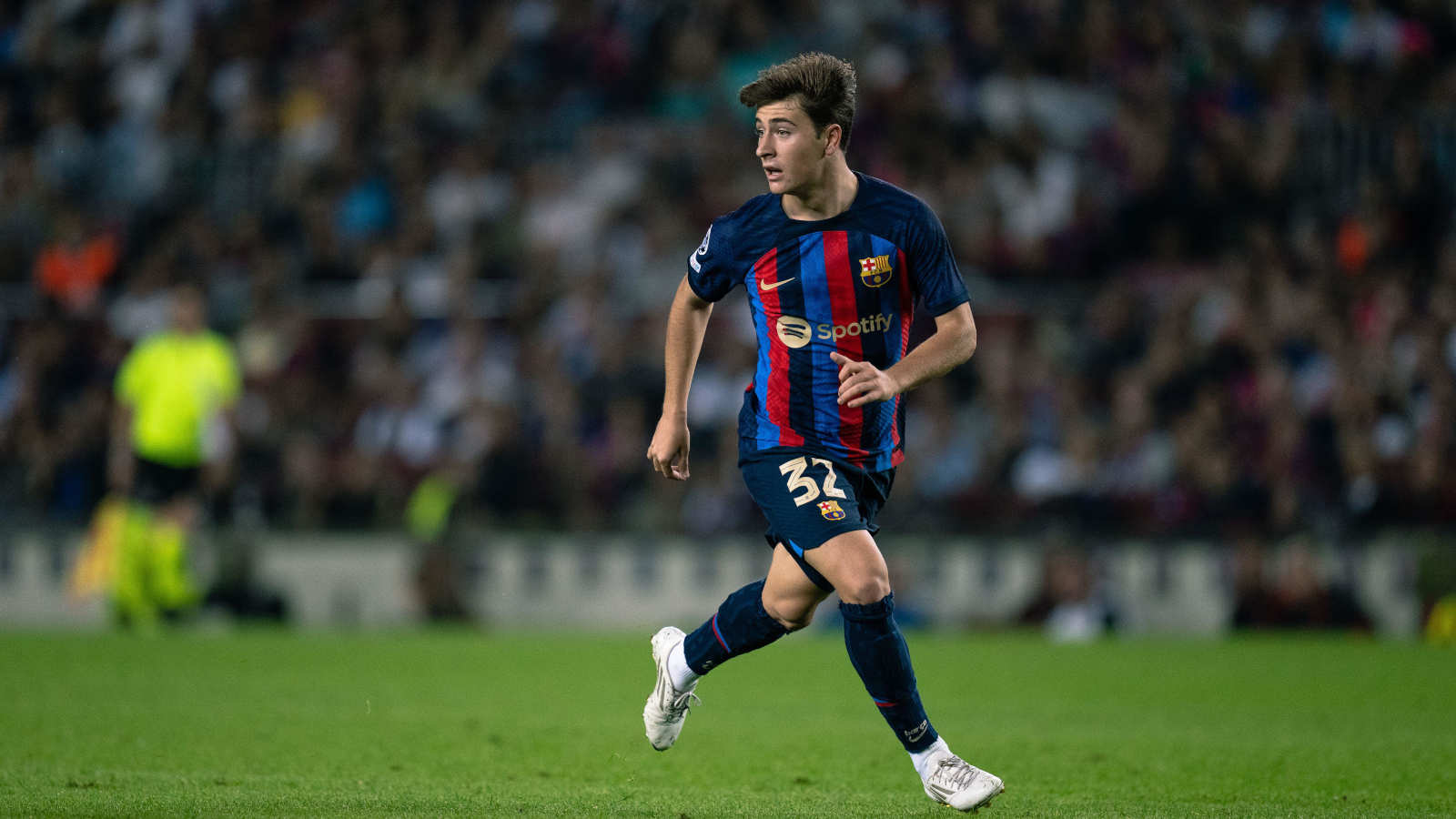 By borrowing against future revenues, Barcelona are betting on a ‘virtuous circle’ which certainly hasn’t appeared in the Champions League.

In the end, it was over before it even really began. A couple of hours before they kicked off their penultimate Champions League group match against Bayern Munich, Barcelona sat their players down to watch their own elimination from the competition. A 3-3 draw with Inter in their previous match had already left their hopes of progressing from the group stages hanging by the slenderest of threads. They needed Inter to lose their home match against Viktoria Plzen (who’d failed to pick up a single point from their previous four matches) just to be able to take the drama to the last round of matches.

And if that felt like wishful thinking on Barcelona’s part, there was good reason. Inter won 4-0. For the second year in a row the knockout stages of the Champions League will take place without one of European football’s most celebrated names, and if that wasn’t enough chastening for Barcelona, more indignity followed at Camp Nou as Bayern Munich swept them aside with a 3-0 win which only seemed to confirm the vast gulf between these two teams.

It’s common knowledge that Barcelona have a wretched record against Bayern and this latest chapter didn’t offer any improvement from a Catalonian perspective. Apart from a brief moment shortly before half-time when they thought they had a penalty only for a VAR check to deny them even that, they were outplayed again. Indeed, what has been most striking about their capitulation in this year’s tournament has been how little jeopardy there’s been.

Now the inquests will begin, but will there be enough introspection for Barcelona to get back to a position of health? Everything that has happened to the club over the last couple of years has indicated that they lack the self-awareness. This year the club’s policy has been to seek to create a ‘virtuous circle’ by spending big and reaping the rewards from doing so.

But how’s that plan looking now? It’s been reported that Barcelona had budgeted for reaching the quarter-finals of this year’s Champions League, and the outgoings for the 2022/23 season already shows the gamble taken, with spending on salaries and amortised transfer fees up from €518m last season to €656m.

The bad news doesn’t end there. Recently published accounts showed that the club still owe a fortune for players signed such a long time ago that they are no longer even with the club; €100m is due to be paid for these players over the next seven months. And while the arrival of slightly younger players such as Pablo Torre and Raphinha certainly made sense because if nothing else these players might have a reasonable re-sale value, other spending has made substantially less sense.

Robert Lewandowski made perfect sense as a ‘marquee’ signing, a beast of a striker with a goalscoring record among the best in Europe. But even that decision already feels reckless. Lewandowski was only a month shy of his 34th birthday when Barcelona bought him from Bayern, and he’ll be pushing 37 by the time his four-year contract ends. It’s been estimated that he alone will have cost the club close to €100m by the time it’s done.

When Barcelona were held to the 3-3 draw against Inter which virtually guaranteed their elimination from the Champions League, head coach Xavi blamed individual mistakes for their failure to win, and while he didn’t mention any names specifically, everybody knew that the mistakes being referred to came from Gerard Pique and Sergio Busquets. Older players on high wages have already cost Barcelona heavily.

And Xavi himself surely now has to come under pressure. He may well be a Barcelona legend as a player but his entire coaching experience amounted to two-and-a-half years in Qatar, and while his time there was peppered with silverware, the extent to which the Qatar Stars League or Sheikh Jassim Cup are in any way ample preparation for coaching one of the biggest clubs on the planet is questionable.

Meanwhile, the costs just keep on piling up. Renovation of Camp Nou is expected to cost €1.5bn over the next 25 years. Its completion will increase the club’s commercial revenues, but for one season they’ll have to play at the Montjuic Stadium, which holds a significantly smaller number of people – 55,000, against Camp Nou’s 99,000 – and will again negatively impact on the club’s revenues.

Small wonder that they continue to be all in on the European Super League, but to be dependent on something that remains speculation would be their biggest gamble of all. They may well win their court cases allowing them to establish an ESL, but the question of who else would be interested in joining remains an open one.

The 50+1 ownership of German clubs makes their involvement far from guaranteed, while the reaction to news of its establishment in England brought unprecedently vehement protests which left the clubs backpedalling furiously within days. There has been much talk of the ‘inevitability’ of such a project eventually coming to fruition, but this isn’t really borne out by the facts of the matter.

And for all the high-falutin’ talk of ‘economic levers’, with the mental image they conjure of an actual lever in the boardroom which can be  pulled at will to release endless €500 Euro notes from the ceiling, the fact is that they’ve mortgaged their future on a gamble of success in the present and that this gamble is failing.

The one bright spot for the club is even though they lost the first Liga Clasico of the season to Real Madrid, they remain in contention to win the title – all the signs so far this season have been that it will end up a two-horse race – and are already eight points clear of fifth-placed Real Betis, meaning that at the very least, Champions League qualification for next season remains highly likely.

The ‘virtuous circle’ in which success breeds success is an appealing idea in theory, but its practical application seems to be coming up somewhat short. Barcelona presidents up to and including current incumbent Joan Laporta have consistently overseen the club’s presidential elections descend into spending arms races, and the club’s latest contortions, from the ‘mes que un club’ ideal into European football’s equivalent to a shark, which they need to keep hoovering up silverware just to survive, now feels like an exercise is storing up ever-riskier potential problems for the future.

All of this creates more questions than answers. Do Barcelona persist with Xavi? Is the Europa League an opportunity for the club, or might it be a hindrance in a title battle with Real Madrid? How many more ‘economic levers’ may have to be pulled, and what might the cost of these be some years down the line?

Barcelona spent heavily to try to force their way back to the top table of European club football, but this year’s Champions League group stages have only demonstrated that spending vast amounts of money doesn’t always guarantee success, and it is clear that the virtuous circle is nowhere near complete at the moment. Perhaps the biggest question facing the club as they awake with sore heads after their Champions League misadventure is whether the gamble they’ve taken can ever pay off.