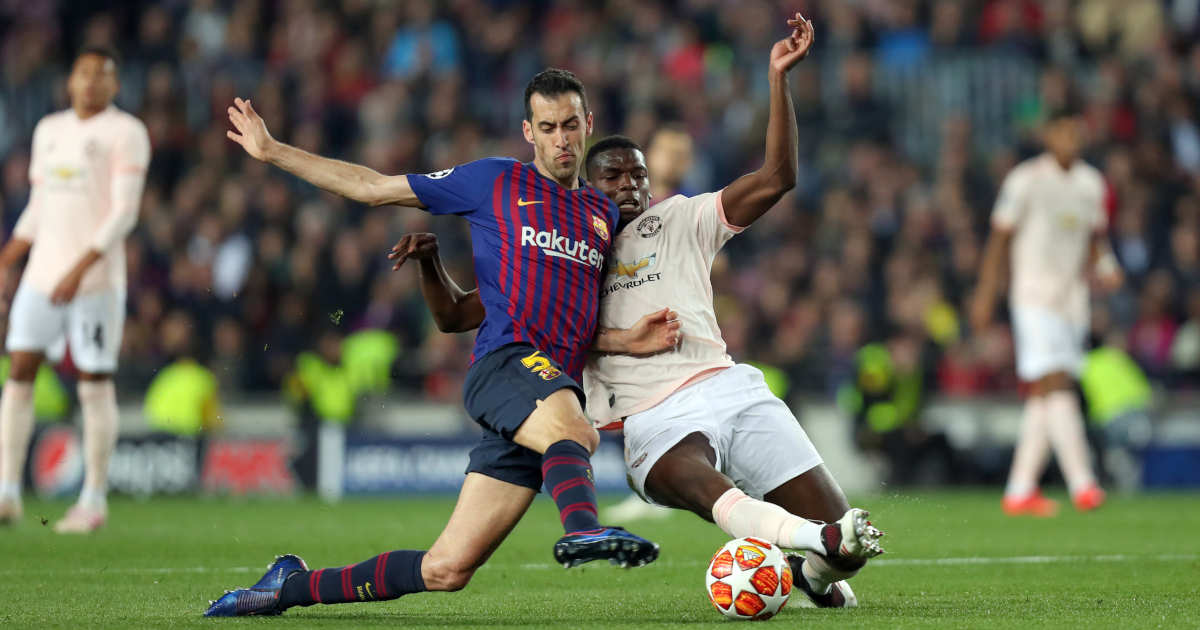 Barcelona and Manchester United are among the giants of global football, so how come one of them is still trading solvently, while the other is on the brink of oblivion?

How times have changed. A few days before the 2009 Champions League final between Barcelona and Manchester United, David Conn of the Guardian ran a side-by-side comparison of the ethos of the two clubs. It didn’t make for particularly pretty reading for Manchester United supporters. Barcelona, we were told, were ‘flagbearers for the idea that a football club is a home of belonging’, while Manchester United epitomised ‘the English belief that the free market, and billionaires, must rule even sport.’ A few days later, Barcelona seemed to prove his overall point by brushing United to one side in Rome.

Twelve years on, Barcelona have just spent the summer wobbling on the precipice of complete financial collapse while Manchester United were adding Raphael Varane, Jadon Sancho and Cristiano Ronaldo to their squad, even though they haven’t won the Premier League or Champions League in eight years. It’s not that Conn was wrong in his assessment in 2009. At that time, Manchester United were leaking money from the leveraged buyout that put the club into the Glazers’ hands in the first place, while Barcelona fans could ‘vote the directors out’ if they behaved the way like the Glazers.

But it would only be a year before the first signs of what was to follow would hit Barcelona. In July 2010, an audit of the club’s accounts uncovered a post-tax loss of 77.1m Euro for the 2009/10 season compared to a net profit of 11m Euro reported by the previous board of directors. These losses were at the time blamed on the fall-out from the 2008 credit crunch, the collapse of the property market and surging wage and transfer costs, but in 2021 the same conversation is being held again; we could just swap out the credit crunch for Covid-19 when talking about Barcelona’s finances. But as recently as April 2021, Barcelona were being listed by Forbes as ‘the world’s most valuable soccer team’ (with Manchester United in third place), so how can it be that Barcelona are in such a bad way while United remain resolutely solvent?

A large part of the reason for the relative affluence of the Spanish giants at the time was that La Liga allowed clubs to negotiate their own television deals, a situation which led to Barcelona and Real Madrid claiming up to 50% of all the television money that the league created. This ended in 2016, when collective bargaining was reintroduced for La Liga. By 2020, Barcelona’s domestic TV money was 165m Euro while Manchester United’s was around 190m Euro, but any advantage to Manchester United could likely be reduced by Champions League money, which Barcelona have continued to receive every season but which Manchester United have missed out on four times since Sir Alex Ferguson left the club in 2013.

So if the TV money doesn’t look wildly different between the two clubs, why is there such a glaring disparity between their financial health today? A large part of this can be ascribed to a sudden change in the figures which began four years ago. In 2017, Barcelona’s wage bill was 340m Euro while Manchester United’s was 307m Euro, but by 2020 Barca’s had swelled to 443m Euro while United’s had only grown to 324m Euro. Furthermore, that 2020 figure for Barcelona was a substantial drop compared to their 2018 figure of 487m Euro and their 2019 figure of 501m Euro, while United’s only climbed as high as 377m Euro in 2019.

The obvious answer to the question of what happened to Barcelona in 2017 to change all of this is, of course, Neymar. That summer Barcelona sold the Brazilian to PSG for 220m Euro, but after having passed up both Kylian Mbappe and Erling Braut Haaland, they then embarked on a disastrous run of signings. Ousmane Dembele arrived from Borussia Dortmund, but for almost double what the club had budgeted for. They paid Liverpool 160m Euro for another Brazilian, Philippe Coutinho, only to see hum underwhelm just as much as Dembele. In these two players alone, they’d already spent millions of Euros more than they’d received for Neymar.

Even these transfer fees only told part of the story. Lionel Messi may well be a Barcelona icon, but his much-vaunted love for the club didn’t stop his wages from trebling between 2014 and 2020, and it has been reported that he alone cost Barcelona 555m Euro between 2017 and 2021 alone. Furthermore, Messi’s wage increases were also having a malign effect through the rest of the club’s playing staff. Every time he got a lavish increase, everybody else wanted one too. When Barcelona looked at re-signing Neymar in the summer of 2019 they found that they couldn’t afford him, and ended up paying Atletico Madrid 120m Euro for Antoine Griezmann instead. Between 2014 and 2020, Barcelona are believed to have spent around 1bn Euro on transfers. They won the Champions League once in that time, and that was in 2015.

Manchester United, meanwhile, have been comparatively competently run over that same time period, at least as a business. Fans might argue that the condition of Old Trafford or failing to win the Premier League or Champions League in eight years is some way short of ‘competent’, and there is no moral justification for leveraged buyouts being used in football to push the costs of the sale of a club onto the club itself rather than being paid by those who profit handsomely, but as a business alone, being in thrall to the New York Stock Exchange has at least prevented the club from panic buying itself into Barca-esque nightmare.

Revenues have stalled significantly over the last couple of years due to the pandemic, but Manchester United’s overall debt levels have remained fairly static, rising from £490m in 2016 to £530m in 2021 (all figures from this thread, from Swiss Ramble), and the club’s wages to turnover ratio has increased from 50% in 2018 to 65% now. Transfer spend over that time has been the highest in the Premier League, but at no point have Manchester United just been throwing money around with no apparent understanding of its value, as has frequently seemed to be the case at both Barcelona and Real Madrid in recent years. None of this is to say that every signing they’ve made has been a good one. Far from it, as a look at their final league positions in recent years confirms, but there hasn’t been any reason to believe that Manchester United are heading towards a financial cataclysm since 2009, and that certainly hasn’t been the case elsewhere.

The lesson from all of this is not that there is one inherently superior way of running a football club. Community-owned clubs are A Good Thing, but they currently have limitations and are at a constant disadvantage compared to clubs with private owners under the current way in which football does business. This doesn’t apply to Barcelona, but they do have the disadvantage of the performative politics of the club’s presidential elections, in which candidates have been so desperate to win the presidency in recent years that the very sustainability of the club – and by extension their competence as businessmen – ended up fundamentally compromised.

Manchester United are the inverse of this. The Glazer family clearly don’t care about their reputation among the club’s supporters. Were that the case, they would have walked years ago. But they do care about making money, and they know full well that this club already makes enough to pay them a healthy dividend, and that it can probably be leveraged for more in the future. And while this may make them terrible people, it does also mean that they are good at money. Manchester United remain half a billion pounds in debt, and that’s a disgrace, but it is at least a serviceable amount for a club of their scale. If you look at it from the perspective of someone without a soul, the way they’re set up makes perfect sense.

Barcelona ended up where they are because they embraced free market capitalism a little too enthusiastically. Manchester United are where they are because, no matter what else they may be, their owners are good at free market capitalism. There are times when it’s not good for the club. The condition of Old Trafford is obviously bad for match-going fans. But it would be short-sighted to assume that this hasn’t been considered and analysed, and that it benefits the stock price to not carry out those repairs. Presumably, there will come a point which this changes.

It may well have been eight years since they won the Premier League and 13 since Manchester United last won the Champions League, but at least they’re financially stable, which is more than be said for Barcelona at the moment.