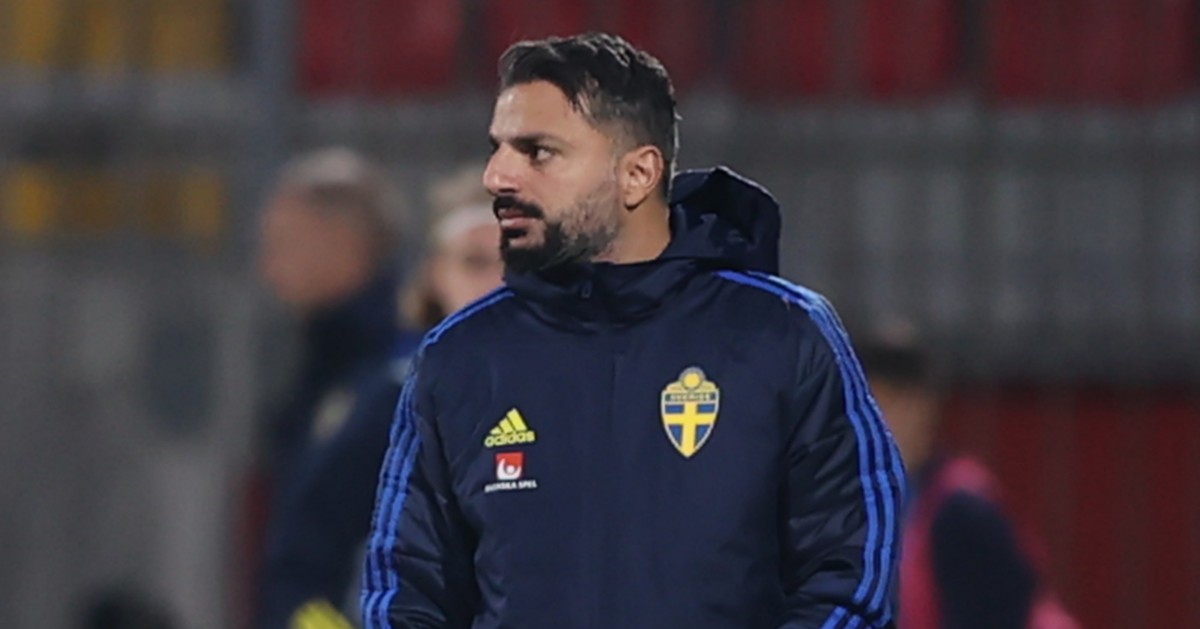 Barnsley would have been forgiven for panicking and entrusting an experienced EFL coach with their relegation battle. But Poya Asbaghi is in.

You have to rewind back over five years and seven managerial appointments to find the last time Barnsley chose a coach with previous experience of the English game to take the Oakwell hotseat.

This week’s pick of Sweden Under-21 boss Poya Asbaghi represents the third left-field appointment for the Tykes in the past 13 months, but there is every reason to believe that the south Yorkshire side could be feeling lucky come May.

Iranian-born Asbaghi’s two most immediate predecessors in S71 – Valerien Ismael and Markus Schopp – offer the two extreme ends of the scale as to how Barnsley’s last half-decade of coaches have fared. From relegation zone to play-off semi-finalists in the same season under the former to seven successive defeats and less than a goal a game under the latter.

It is that catastrophic start to this season which cost Schopp his job less than six months after arriving in England, and it would have been easy for the Barnsley hierarchy to break their own mould of looking beyond the usual parameters for a club of this size and go back to basics.

Alex Neil, Mick McCarthy, Tony Pulis and plenty more in the same circles were available and it would have been easy to be tempted to the more PFM side of things. With Barnsley having lost eight of their last nine games, hiring a first head coach with prior English football management experience since Paul Heckingbottom in February 2016 would have been tempting, a return to status quo for an appointment which could have longstanding ramifications for the Tykes’ short and long-term future. Relegation is a genuine concern.

But that status quo is not Barnsley’s. Whatever happens this season and beyond – let’s focus on 2021/22 for now – Barnsley’s board and decision makers must be commended for sticking to their guns.

This gig is Asbaghi’s first in England, and the first that the overwhelming majority of EFL fans will have heard of the Swedish-Iranian coach is when his name was linked with the vacancy, but this is a man very much made for the mould Barnsley require.

At just 36 years old, Asbaghi has achieved so much already. His stellar work may have come away from the largely insular limelight that is English football, but that makes it no less impressive nor less suited to what Barnsley need now.

No second-tier side has picked up fewer points than the Tykes this season while only Hull City – who defeated Barnsley in the last round of Championship fixtures – have scored less often.

Asbaghi has both taken teams into and kept them in the second tier of Swedish football, helping Dalkurd to that level for the first time in their history in 2015, and then winning almost half of his 21 games in charge of Gefle IF to guide the club to safety. Thirty-four of Gefle’s 36 points earned that season came under the tutelage of Asbaghi. Barnsley need only a fraction of that improvement to earn a place in the second tier next season.

Leaving Sweden’s Under-21 side after just ten games shows that this is an opportunity Asbaghi could not afford to refuse and Barnsley know exactly what they are getting. They may have had their fingers burned with Schopp, but this is far from jumping out of the frying pan and into the fire.

Poya Asbaghi is known for the playing the high pressing style Barnsley want, but also likes a possession-based approach when his team have the ball. Perhaps somewhere between Ismael and Schopp's style, but most important is making sure it is clear to players and works in Champ

Asbaghi’s most recent club post offers even more hope. Successive midtable finishes with Gothenburg sandwiched the achievement of lifting the Svenska Cup, a final triumph over bitter rivals Malmo particularly poignant given the six-pointers likely to come against rivals Hull and Derby later in the season.

This time last year, Asbaghi took the reins of the under-21 setup for the country he lived in since turning one, winning six of ten games in charge. Another small sample size, but impressive numbers nonetheless. The young Swedes are top of their qualifying group, ahead of Italy, for the European U21 Championship next summer.

Come that time, another similarly impressive stint would see Barnsley survive. This is the Championship, of course – nothing is ever that simple. But easy as it is to lump together all previous managerial appointments from the relative unknown into one group, digging deeper proves this is an appointment made very much in the correct mould for moving forward.

Barnsley came into this season without their three outstanding individual performers last season: manager Ismael, midfield maestro Alex Mowatt, who followed his chief to West Brom, and loan sensation Daryl Dike up front. The leading acts departed over the summer, but the supporting cast that played such important roles in that ascent up the division all the way through to the end-of-season lottery remains. There is a new composer in town, and all the signs point to the fact that despite his tender years, he has the experience and track record to make this work.

Barnsley quite easily could have conceded defeat in their pursuit of finding their perfect match from afar. They have had successes – Ismael, Daniel Stendel and Gerhard Struber – but the failures of Jose Morais and particularly Schopp still rankle.

Dane Murphy, the man behind so many of those appointments, has made another inspirational one at new club Nottingham Forest, yet the Tykes know the rewards of looking further afield are still there to be reaped.

They could have taken the easy route, but there is no straightforward way out of the relegation trouble Barnsley are in. Whether or not the Tykes go down, they will have done it their way, and that is no mean feat.

Little was known about Asbaghi until the last few weeks, and we will learn plenty more together over the coming months. What we do know is that he could and should be just what Barnsley are looking for.