Chelsea didn't give as good as they got, but they did give something... 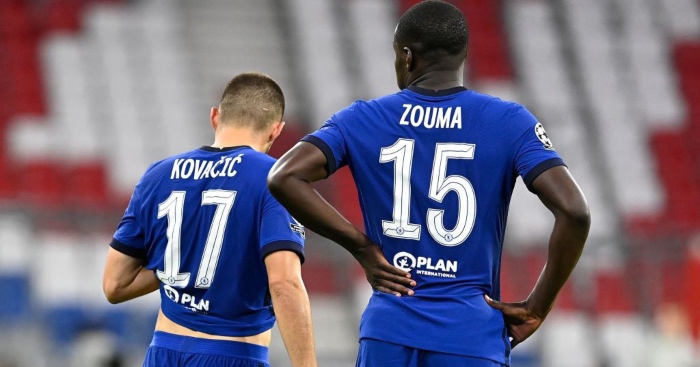 The tide was against them. Playing the best team in Europe on their own patch, with key absentees and inexperienced, less talented individuals drafted in to replace them. But Chelsea had fate, and Didier Drogba.

But destiny relies somewhat on reality to work its magic – they had a chance in that final. Unfortunately that same reality meant Chelsea didn’t have a hope eight years later. What was a bridgeable gap in quality in 2012 was a gulf in 2020.

It could have been embarrassing. It was Serge Gnabry who picked the ball up behind a seemingly comatose Mateo Kovacic eight minutes in, but it could have been Thomas Muller or Joshua Kimmich who played Robert Lewandowski through to be brought down by Willy Caballero; they were all available to do so.

While the no-look nature of Lewandowski’s penalty was extraordinary in its brilliance, the same lack of vision exhibited by the Chelsea centre-backs to allow the gaping hole for him to run through was unremarkable in its sloppiness. It happened time and again in the opening minutes. Emerson was too deep as he was played onside, but a 51-goal striker needs more attention.

Kovacic – playing the deepest of the three in midfield – after being the standout performer for Chelsea in the first leg, simply wasn’t at it. Charged with dribbling the ball out of defence, a lacklustre version of the player who has impressed all season was caught in possession for Bayern’s second. The ball fell for Lewandowski, before time stood still – for the Chelsea defenders at least – and the striker laid the ball off for Ivan Perisic to place first time past Willy Caballero.

A capitulation was on the cards, but didn’t come. And credit to Chelsea: to Ross Barkley who showed composure on the ball in the face of extreme pressure; to Emerson on only his second start since January; to Reece James for the bravery he showed to attack amid a barrage coming the other way; to all of them for playing and not panicking.

Chelsea had their chances, often through the cleverly timed runs in behind from Mason Mount or Barkley, and they deserved their goal. Emerson drilled the ball across from the left for Manuel Neuer to parry into the path of Tammy Abraham to poke home.

Callum Hudson-Odoi too, deserves a mention. The first time he picked the ball up in any sort of space, he drove towards the penalty area and stroked it into the bottom corner. It was cruelly disallowed for offside, but he made it look incredibly simple. And there were further glimmers – if only slight – of the ability that urged Bayern Munich to attempt to lure him from Stamford Bridge 18 months ago. Achilles injuries are notoriously tough to recover from, but the attributes that sparked jubilance among Chelsea fans under Maurizio Sarri remain. He will come again.

The defence wasn’t great. They did very little as Corentin Tolisso scored from inside the six-yard box with his first touch, and were again statuesque as Lewandowski climbed to head in his second goal to go with his two assists. But there was obvious effort – the blocks and last ditch tackles were reminiscent of David Luiz and Gary Cahill on that famous night in 2012 at times. It’s the concentration and ability to be in the right place at the right time as balls come into the box that remains preposterous in its utter absence. They need a defensive coordinator more than they need new centre-backs.

No-one expects footballers to give up, but Chelsea could have been forgiven for seeing the writing on the wall; standing and watching as more and more lines were added. But they fought. They didn’t give as good as they got, but they did give something against vastly superior opposition who look right now as though they could walk to the Champions League title.

This wasn’t a group of players ready for a holiday, it was one playing for places they know will be far harder to come by next season.