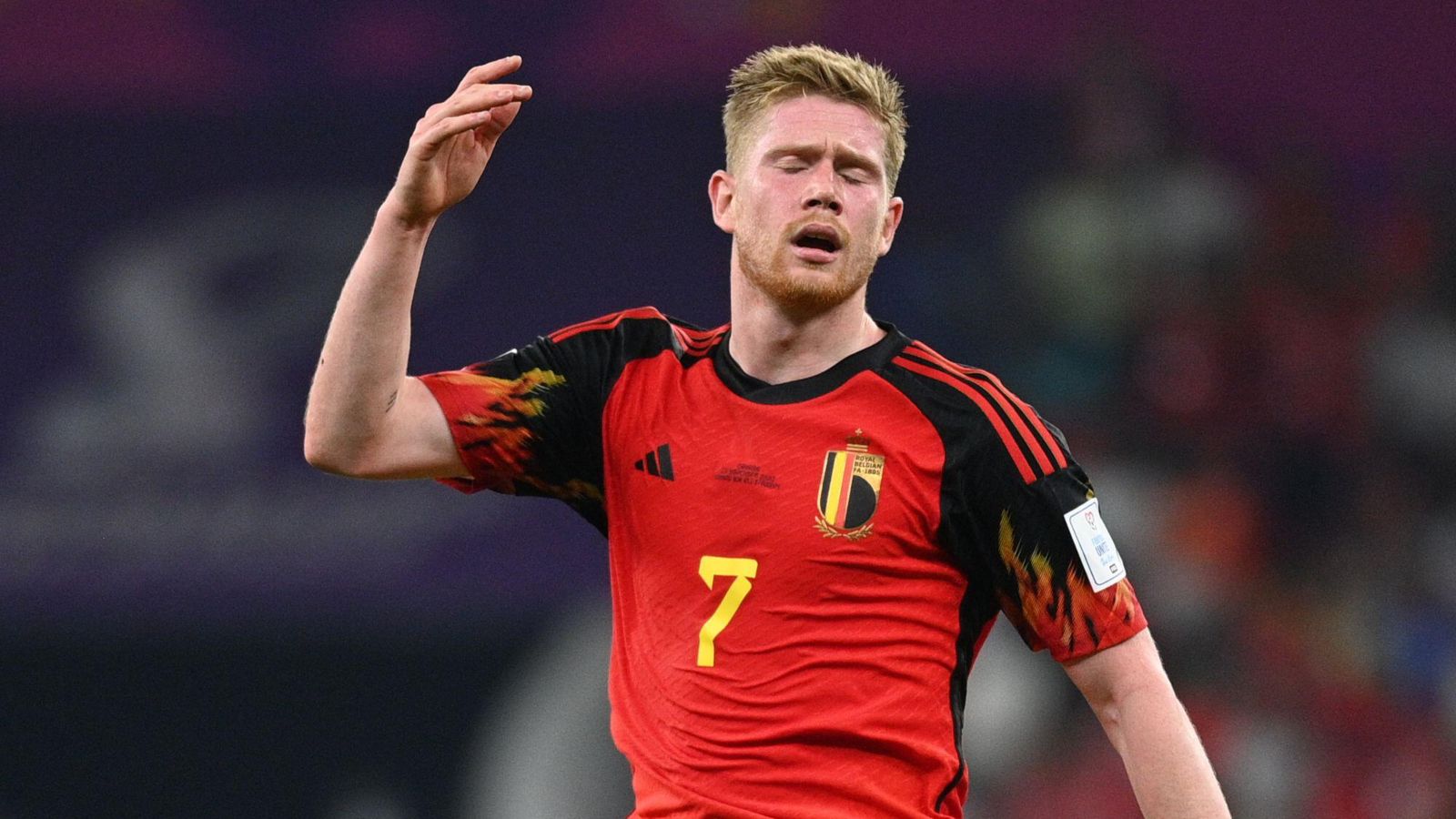 Belgium were dreadful in victory against Canada as the Golden Generation embarks on its final journey together for roughly the third time.

It hardly qualifies as analysis to suggest that Belgium’s famed Golden Generation is gathering rust in 2022. This gifted group has been drinking at the last-chance saloon for at least two major tournaments, a handy fate when they inevitably come to need a place to drown their sorrows.

While some class members have succumbed to the ravages of time – Vincent Kompany, Mousa Dembele and Dries Mertens among them – the majority have been kept behind another year for so long that they have as many players aged 30 or over in their 2022 World Cup squad than 28 or younger (11).

Five of the starting XI named against Canada featured in their first qualifier for the 2014 World Cup – a 2-0 win over Wales in September 2012, which Robbie Earnshaw watched from the bench while Boaz Myhill played.

So perhaps the sheer labour and effort required to extract three points from their Group F opener should have come as no surprise.

Hell, at least Belgium stuttered and stumbled to an unconvincing victory; Argentina, Denmark, Croatia and Germany would take that right now.

It was the result most expected. Belgium have not lost a group-stage game since USA ’94 and with this victory they equalled the record for most consecutive World Cup group game wins, set twice by Brazil at eight.

But the performance was a dreadful disappointment, with Thibaut Courtois the exception to a slow, plodding, uninventive rule. The keeper saved Alphonso Davies’ first-half penalty and while few of Canada’s other 21 shots were on target, they rarely seemed likely to beat Real Madrid’s talisman.

Canada were irrepressible, aggressive and without fear. Eight of their starters had at least one shot. Jonathan David managed seven by himself and substitute Cyle Larin had three despite playing barely half an hour. They could have had another penalty. Tajon Buchanan should have scored. Stephen Eustaquio and Richie Laryea were phenomenal.

Kevin De Bruyne, by contrast, was the worst of a sorry Belgian bunch. Twice in the first half he led promising breaks before not only choosing the wrong option – passing to the left instead of a player wide open on the right – but executing it dreadfully both times.

When Eustaqio nutmegged the Manchester City midfielder before clipping a glorious cross into David within minutes of the restart, Roberto Martinez must have been tempted to substitute him there and then. The 31-year-old had been that poor.

There was an improvement but the profligacy of Michy Batshuayi ensured nerves were shredded until the very end.

Yet Batshuayi, maddening a player that he is, decided this game with a moment of true quality. Collecting a raking Toby Alderweireld pass which bypassed the Canada midfield and split the defence, he slammed an effort past Milan Borjan on the stroke of half-time.

Belgium have a particular penchant for producing mercurial modern strikers. Christian Benteke missed out on selection for this tournament, Divock Origi has scored only twice more for his country after his goal at the 2014 World Cup – and both were later in the same calendar year – and Romelu Lukaku only plays well for Inter Milan.

After about a quarter of an hour, and following yet another case of a Belgian player being hounded out of possession by a bloodthirsty opponent, the camera cut to a shot of the injured Lukaku in the stands, head in hands at the disjointed stodge he was bearing witness to.

The gameplan of finding De Bruyne or Eden Hazard and just letting them run was precisely as imaginative as we have come to anticipate from Roberto Martinez, who has overseen a lack of cohesion and connection from the talent at his disposal for long enough.

He has not been in charge for quite the entire Golden Generation but considering this is his third major tournament with roughly the same spine and level of expectation, it must be time to see more than the Belgian waffle being consistently served up. No European team has qualified for as many World Cups without winning it (14) and on this basis, that record is about to be extended.