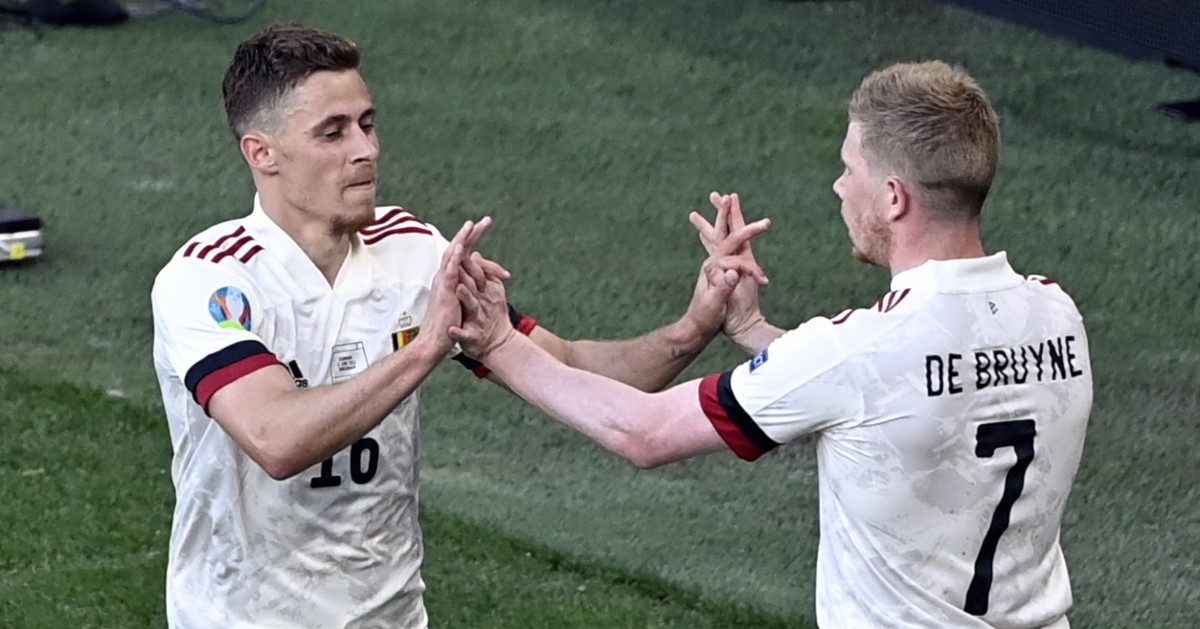 Belgium were almost swept away on the emotional Denmark wave in the first half. But they activated the Kevin de Bruyne cheat code and escaped.

For 52 glorious minutes, Group B of Euro 2020 was poised beautifully and delicately. The scissors of Belgium had cut the Russian paper to ribbons, although there was enough left to cover the Finnish rock that had crushed Denmark’s spirit. It remained to be seen what weapon the ostensible hosts of this pool would bring to the party but the Parken Stadium was not made to wait that long.

Jason Denayer misplaced one pass in the first half. It happened to be rather important. A lazy poke with the outside of his right foot evaded Youri Tielemans and landed at the feet of Pierre-Emile Hojbjerg. Four touches later and Denmark had their moment. Yussuf Poulsen added elation to an intricate mixture of trauma, relief, uncertainty and unity. The events of Saturday evening are never going to leave these players, these fans or this tournament but Thursday afternoon finally offered an opportunity to channel that indelible mark into something relatively positive.

Belgium were so swept away by the mood and momentum that they seemed to forget their promise to kick the ball out in the tenth minute and lead an applause for Christian Eriksen. It happened soon enough and there was no malice or ill-thought whatsoever; their minds were hardly expected to be focused on the clock. But Denmark had rattled them with their early energy and intensity to such an extent that the momentary respite was comforting beyond the intended reason.

Denmark had as many shots in the opening 15 minutes as Belgium managed in the entire 90. The general advice when facing such fervent opposition is to calm the game down, control the tempo and pass the ball around the defence and midfield as the game finds its natural plane. But when that is how you find yourself on the back foot in the first place it is difficult to know where to go next.

Whether by accident or revised design, at some point in the first half Roberto Martinez accepted that making it to the break with no further damage inflicted was key. Belgium simply could not cope, incapable of creating anything themselves or preventing Denmark doing the same. Jan Vertonghen was drowning on the left and Martin Braithwaite was intent on keeping him submerged. Romelu Lukaku and Dries Mertens both ended the half with fewer passes than Denmark had shots.

It was the latter who was sacrificed at half-time as Martinez looked to Kevin de Bruyne as his saviour. Eden Hazard and Axel Witsel were introduced later on as Belgium found their footing, although the substitution illusion was ruined when Thomas Vermaelen was brought on to panickedly defend a late free-kick.

The difference was that first change as Belgium activated their built-in cheat code. Denmark had nullified them through remarkable pressing as their front five let no-one have a moment’s peace in possession, but De Bruyne bypassed that shield and unlocked those doors. No player on either team completed more dribbles (5) and he only played the second half.

Lukaku was no longer isolated. Denmark had another player to fear, other spaces to watch, more movements to predict. The striker was offered slightly more freedom and thrived, creating both goals in remarkable fashion. 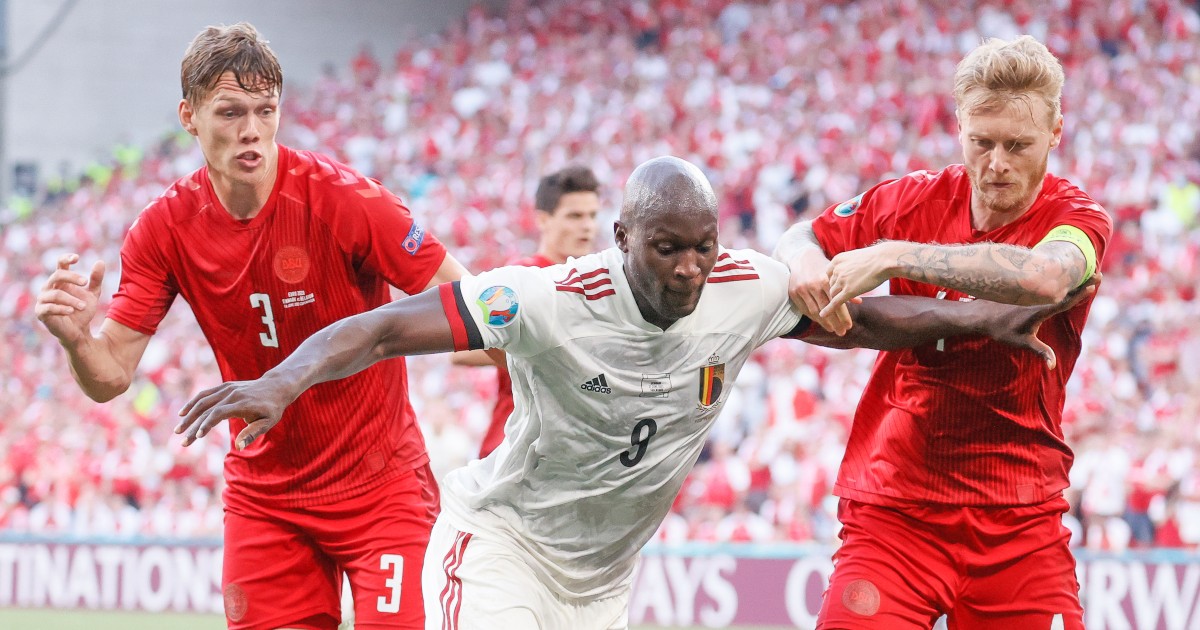 The first was uncoachable, both in terms of scoring and preventing it. Lukaku pounced on Jannik Vestergaard’s poor touch on the halfway line and left the Southampton centre-half in his wake along with the grounded Simon Kjaer. They were eating his dust’s dust. Yet Lukaku still needed the wherewithal to cut back to De Bruyne, who in turn sold two players with a dummy before centring for Thorgan Hazard.

That was sensational. The second was the goal of the tournament. Many will prefer Patrick Schick’s effort against Scotland – Thomas Meunier proved how difficult that truly was by missing a stoppage-time open goal from halfway after Kasper Schmeichel came up for a corner – but this was collective beauty, combined brilliance.

Toby Alderweireld’s long ball over the top. Lukaku’s magnetic hustle. Tielemans’ zipped pass. The one-touch Hazard warnings. The De Bruyne finish. Every aspect had to be perfect. Every aspect was. It was a winning goal in every way.

The hosts still battled away in search of an equaliser, hitting the crossbar, testing Thibaut Courtois and the tired legs of his defence. Belgium barely held firm for a victory that simultaneously exposed their deficiencies and highlighted their strengths.

Denmark remain without a point from their opening two games, having had 43 shots and faced only seven. They did nothing wrong once again, aside from failing to produce two phenomenal talents capable of transforming a game and a group by themselves.