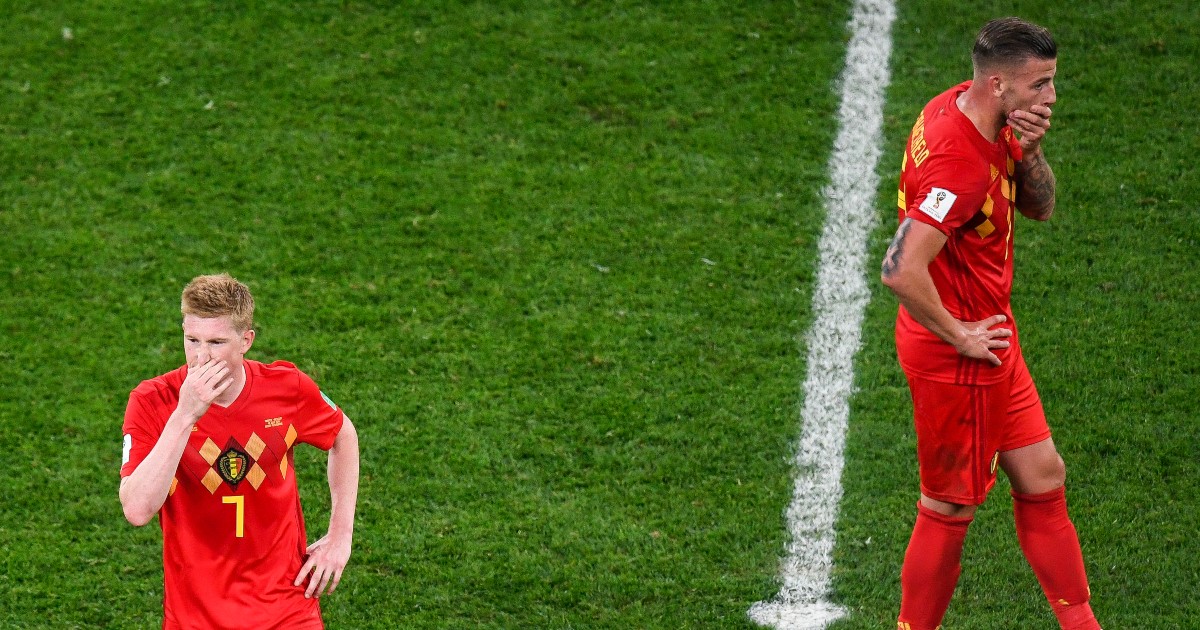 Euro 2020 is surely the last opportunity for Jan Vertonghen, Toby Alderweireld, Eden Hazard and the rest to achieve immortality with Belgium.

Tottenham supporters hijacked the moment somewhat with their misty-eyed and wistful reminiscence, but it did nothing to undermine the individual and collective achievement. As Toby Alderweireld put it, ‘350 games together and counting’ alongside Jan Vertonghen is a truly remarkable testament to their longevity and quality. And ‘on to more’ they go.

Their latest appearance together came as Belgium beat Croatia 1-0 to complete their preparations for Euro 2020. Alderweireld and Vertonghen both started against the World Cup runners-up, marking their 90th shared game at international level. The most-capped players in the Hungary, Scotland, England, Czech Republic, Netherlands and Turkey squads have not featured as often for their countries as Alderweireld and Vertonghen have together for Belgium.

For over a decade they have formed the base of a spine that soon developed from promising to phenomenal – although it was not without its complications. Alderweireld and Vertonghen first partnered each other at international level in October 2009: a chastening 2-0 loss to Estonia that put the 2010 World Cup further out of reach.

Belgium did not feature at a major tournament from their last-16 exit to winners Brazil in 2002 until their quarter-final defeat to eventual runners-up Argentina 12 years later. They have now lost two of their last 48 competition qualifiers dating back to October 2010 and scored the most goals while conceding the fewest in reaching this summer’s finals.

But this might be the current generation’s final hurrah. There is a World Cup creeping over the horizon in 18 months yet the circumstances that pushed this tournament back a year means these fine Belgian chocolates are approaching expiration, or at the very least their ‘best before’ date as a unit.

Ten members of Roberto Martinez’s squad are in their 30s, with the reigning PFA Player of the Year reaching that landmark on the eve of the last-16 ties to make that a full starting XI. A great one, too: Mignolet; Alderweireld, Boyata, Vertonghen, Vermaelen; Hazard, Witsel, De Bruyne, Chadli; Mertens, Benteke.

Jeremy Doku is not only the solitary teenager, but the one player under the age of 24. The 26-man squad contains 11 that were at the 2014 World Cup, 15 from Euro 2016 and 18 that reached the World Cup semi-finals three years ago. The five that have dropped out since then include a third-choice keeper (Koen Casteels), a retiree (Vincent Kompany), two that have long since headed to the Chinese Super League (Marouane Fellaini and Mousa Dembele) and one Adnan Januzaj.

It is a quite stunning lack of churn from a side that has at least 283 more combined caps than any other country at the tournament, and 111 more than second-favourites England and fourth-favourites Italy put together.

They will favour experience and established synergy when many other contenders have opted for something fresh and different. The postponement of Euro 2020 opened national team doors across the continent for potential starters Jack Grealish, Jamal Musiala, Jude Bellingham, Ryan Gravenberch, Reece James, Pedri, Florian Wirtz and Phil Foden; Belgium have kept their pathways even to the bench mostly blocked.

Time dictates that the first Project 2000 talent pool will have to be watered down soon but they have one last opportunity to be co-signatories of history. Beyond the Alderweireld and Vertonghen partnership, Thibaut Courtois and Eden Hazard have played 251 games together for club and country, Axel Witsel and Dries Mertens have featured alongside one another at international level 70 times and Kevin de Bruyne and Romelu Lukaku have 60 communal caps.

This group has reached two quarter-finals and a semi-final together and are good enough to advance that far again, although a possible meeting with France in the last four provides yet another obstacle if their two-decade journey is to end in immortality. It would certainly be a far cry from getting turned over by Estonia as unused substitute Hazard watches Emile Mpenza and Roland Lamah toil up front.