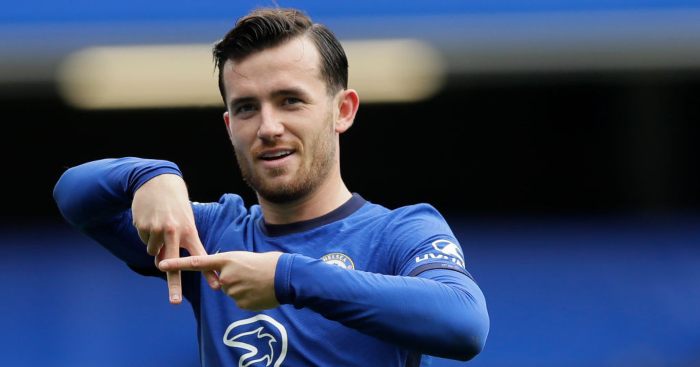 Ben Chilwell is already showing his determination to become a hit at Chelsea as he starred in their 4-0 victory over Crystal Palace on Saturday afternoon.

“He just said: ‘Work hard’. I know it sounds pretty cliched, but he said the fans love players here who just want to work hard and who want to die for the badge.” Those were Ashley Cole’s words of wisdom to Chilwell when he joined the club at the end of August and the England international is already heeding that advice. The match against the Eagles was Chilwell’s first in the Premier League since moving from Leicester City for £45m and he looked every bit the part, scoring one and laying on another for Frank Lampard’s men.

It took until the 49th-minute for Chelsea to break through Palace’s stubborn rearguard with Roy Hodgson’s men limiting the Blues’ space in attacking areas up until that point. A mistake from Mamadou Sakho proved costly as he nodded on a deflected cross and debutant Chilwell was steaming in at the back post to slam the ball home. It was a beautifully judged strike from the left-back, who curled in a wonderful cross for Kurt Zouma to head home Chelsea’s second just 17 minutes later. That made him only the third Chelsea player, after Deco and Alvaro Morata, to grab a goal and an assist on their Premier League debut.

3 – Ben Chilwell is just the third player to both score and assist a goal on their Premier League debut for Chelsea, after Deco in August 2008 and Alvaro Morata in August 2017. Value. #CHECRY pic.twitter.com/P0DecuSyQp

Man-of-the-match Chilwell oozed confidence throughout, showing off his technique on the ball as well as his defensive abilities. He revealed earlier this week that Leicester boss Brendan Rodgers grudgingly admitted that Chelsea are the “perfect club” for him and they certainly seemed well-suited on his first outing. The 23-year-old provided some much-needed creativity on that left-hand side for the Blues with players further forward struggling to create many openings. It was a deserved victory for the home side with the floodgates opening late on as Jorginho converted two penalties following poor challenges in the box from Tyrick Mitchell and Sakho. Tammy Abraham was limited to a couple of chances, while Timo Werner barely had a sniff, leaving the defence to show the way forward.

Werner arrived at Stamford Bridge in the summer for £54m from Bundesliga side RB Leipzig with huge expectations that he would become Chelsea’s leading marksman. The Germany international scored 28 goals in the league last campaign for Leipzig, bagging another four in the Champions League. But after four Premier League matches, Werner is yet to find the back of the net, with his one goal this term coming in a League Cup loss to Tottenham on penalties.

Speaking ahead of the match with Palace, Lampard admitted that he had been forced to play both Werner and his compatriot Kai Havertz out of position. The likes of Christian Pulisic – who came on in the second-half today – and Hakim Ziyech have been missing in the early part of the season, with Werner deployed in an unfamiliar wide-left position. Lampard said: “Timo and Kai don’t necessarily have favoured positions themselves but I have a clear idea of where I want them to play. At the moment, injuries have not made it that possible and sometimes you have to be adaptable in those difficult times.”

Abraham looks increasingly incapable of shouldering the goalscoring burden through the middle, with Werner – whose pace looks a threat when he gets in behind – deserving of a chance in his place. The return of Pulisic and Ziyech to full fitness cannot come soon enough for Chelsea with their attacking display lacking at times, especially in the first-half. Surprisingly, the Blues have scored 10 goals in their four Premier League matches but, with Abraham and Werner struggling, the goals could soon dry up.

There were way more positives than negatives for Chelsea today, though, with Edouard Mendy keeping a clean sheet on his debut and Lampard’s new-look defence producing a solid display. The back four of Chilwell, Thiago Silva, Zouma and Cesar Azpilicueta worked flawlessly together and made a huge contribution to the victory, limiting Palace to just four shots. After conceding 54 goals in the Premier League last term, do Chelsea finally have a solid base to build on?