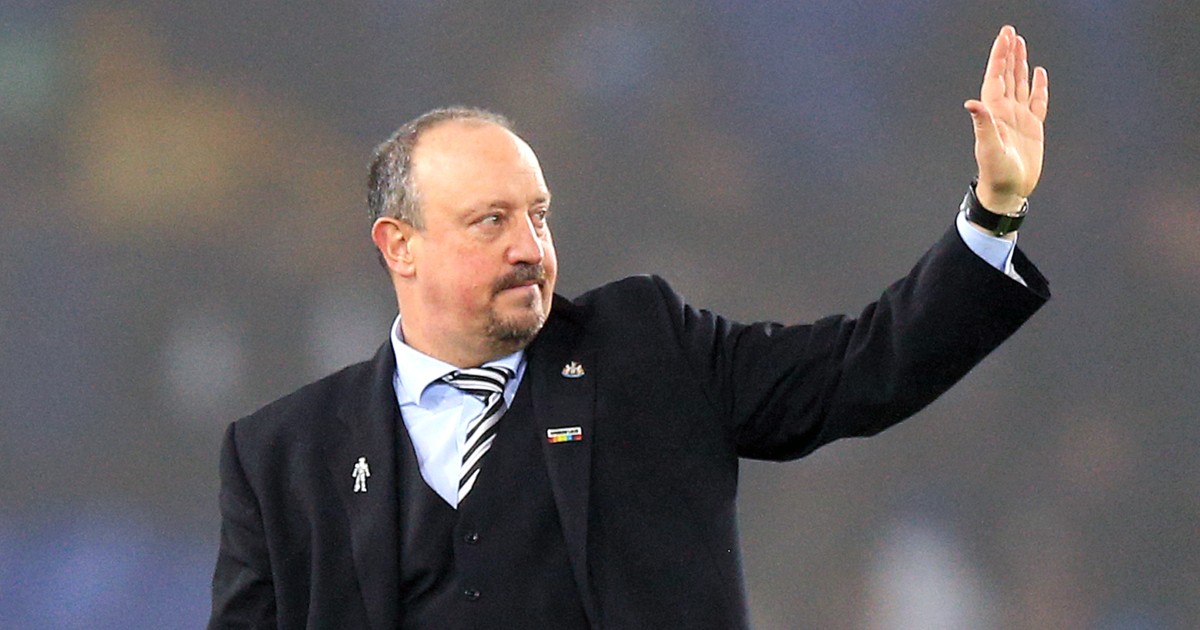 Everton supporters are justified in opposing the appointment of Rafael Benitez, although some have gone much too far. He should do well there.

In November 2012, amid the damp cloak of a navy evening sky, Rafa Benitez shuffled out onto the crisp Stamford Bridge pitch. It had been only two years since he left Liverpool, a club he managed for 350 matches. After a period in the sunny south of Italy at Napoli, he was back in England. The bitey November night in west London was nothing, however, to the coldness of the Chelsea supporters. They vehemently jeered the former Reds manager as he attempted to dictate his players from the dugout.

“I am focused on the game, I don’t listen to the crowd,” he told reporters after a goalless draw. “The main thing was the team on the pitch. I was not listening, I was just concentrating on the game.”

Roberto Di Matteo had just been sacked a matter of months after winning the club’s first Champions League. Now Chelsea had this outsider in this midst, a foreign agent no-one asked for. Though they never truly took to him during his spell there, in less than seven months Chelsea fans were now cheering along with Benitez as he lifted the Europa League trophy.

Benitez has arrived at Goodison Park in a similarly controversial and unpopular manner.

Everton are now onto their fifth manager in five years. They have dillydallied with mercenaries, unknowns, gambles and dinosaurs. Now they have an arch-rival imposing himself. A Liverpool icon, of all people. And though they can’t be at the ground jeering the Spaniard, you can get a flavour of the mood through social media: some have claimed to disown their club; one moronically threatened Benitez, with a sign that was placed at the wrong address. This is the ugly side of football, but it is reflective of what it means to people on Merseyside.

Others outside of Liverpool have had their take on Farhad Moshiri’s choice. It’s been mostly positive: Benitez has the tools to serve this fractured, directionless club well. He’s pragmatic and can offer stability and a foundation from which they can build, even if it’s just up until the new stadium is ready and a new era dawns.

Meanwhile, they are currently on their longest run in history without a trophy. Benitez has 11 pieces of major silverware to his name. 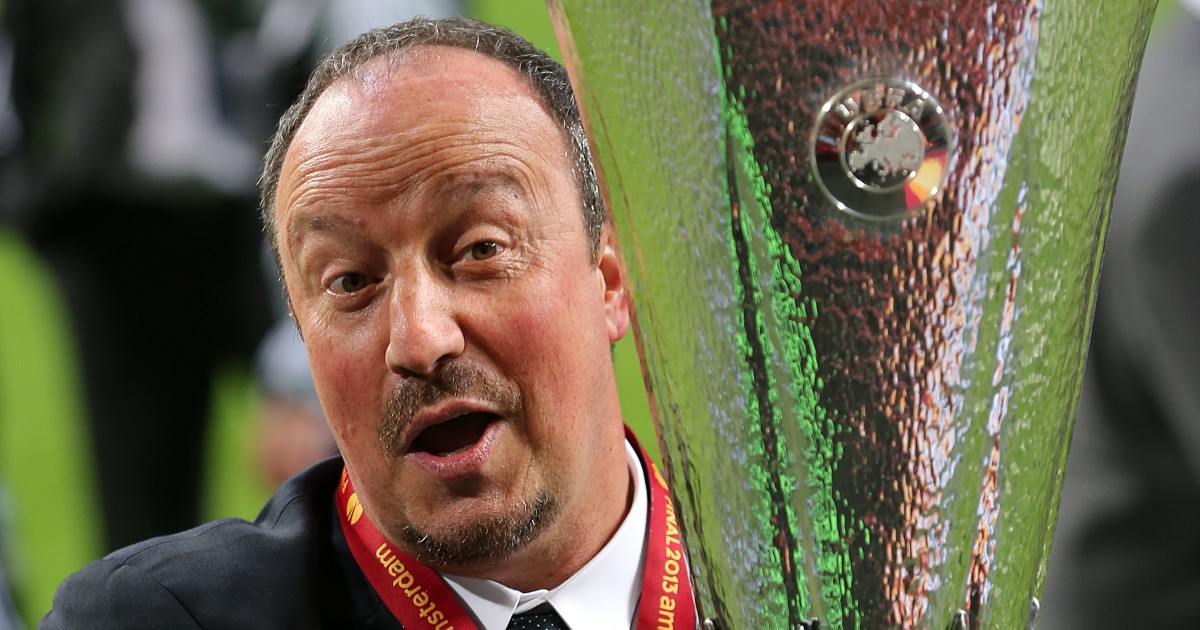 Indeed, his addition, on the surface at least, makes sense. But there’s more to it than merely providing that utilitarian edge Everton lack. We can’t expect their fans to overlook the fact that Benitez is one of the cult heroes at Anfield; the Kop still hosts his flag. To ignore that would be disregarding Everton’s tradition entirely.

There are obvious distinctions. Clubs and fans have their own unique expectations, specific people they do and do not like owing to certain allegiances.

Should the fanbase of a historical club like Everton shut up and get on with it? That’s a tough one.

A bizarre theme has developed in recent years. It surfaces every time an unpopular manager is chosen for a club and their fans criticise the move. These supporters are heavily criticised by some who say that everyone should be given a chance. You somehow doubt the same people would offer the same line if their own team chose the groundsman as the new manager. It’s idealistic tosh.

Seamus Coleman, Everton’s heartbeat, is the only one to at least slightly acknowledge the existing rivalry. “It’s been an interesting summer,” he told OffTheBall. “I think now as a group of players, as a group of supporters, as staff members, ultimately, we want what’s best for Everton. To get what’s best for Everton, we all need to come together now and look forward to the new season.”

But the trouble isn’t just that Benitez used to manage Liverpool – it’s that he was hugely successful with them.

You can see why some Everton fans are put out at his appointment. That’s not to say they are not open to change. Every fan whose team has a manager they want out is more than happy to be disproved by good results.

Can Benitez deliver on that front? At present, Everton need more than just pragmatism to unlock themselves from the near-miss-cum-disastrous seasons they’ve endured. They need grounding and an identity.

Benitez’s approach to the game isn’t in keeping with the current climate. Things have changed, even in the short time he’s been away in China.

Welcome back to the Premier League, Rafa. Meet Murderball. We even have managers by the name of ‘Smith’ and ‘Potter’ who adopt a pressing, Europe-export style now. 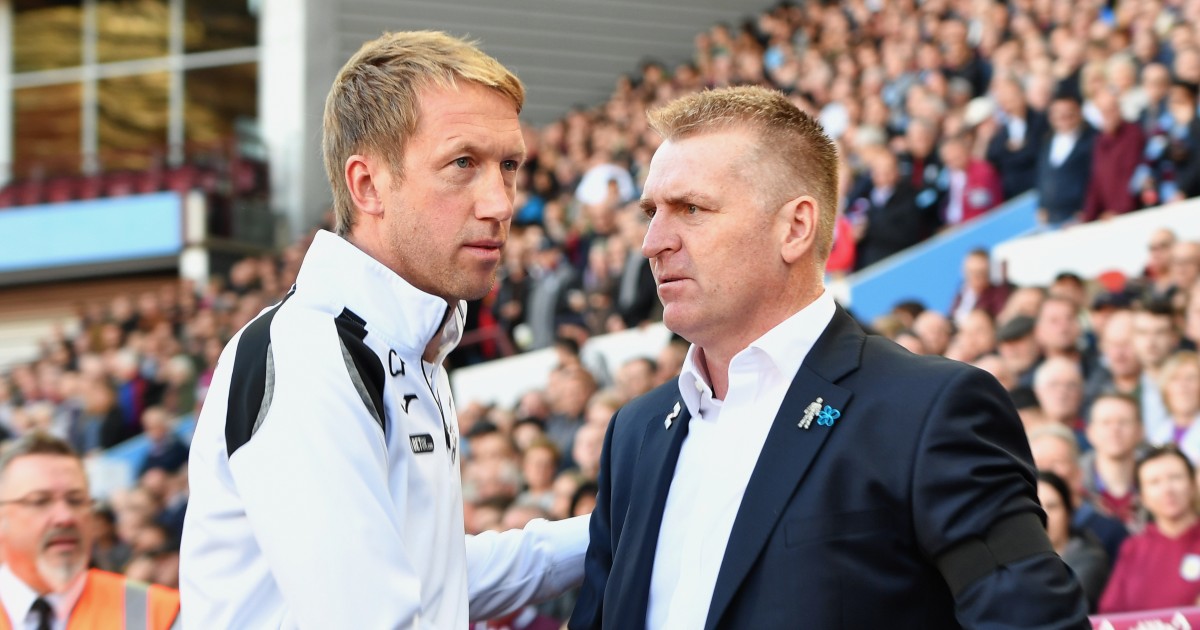 But to emulate this and disregard his own unique model at Goodison Park would be a mistake. Carlo Ancelotti was too conservative. Last campaign in the Premier League, Everton ranked 12th for expected goals, 13th for shots on target and 17th for final-third passes attempted.

It’s a shared belief that Benitez adopts a similar style but that’s not quite true.

In their return to the Premier League as second-tier champions in the 2017/18 season, Newcastle were eighth for shots on target, 11th for expected goals and 15th for final-third passes.

So those are not Klopp or Guardiola numbers, but it’s a step up.

The 4-2-3-1 Benitez deploys focuses on being compact and hard to break down more than forming a Mourinho-inspired wall in front of the goalkeeper. The Spaniard’s system is all about control, building up from the back and using powerful midfielders and strikers to create goals. Best of luck to Abdoulaye Doucoure and Richarlison.

As a club littered with prospects and players performing in third gear at best, Everton could not have found a better manager than Benitez to flesh out the individual talent. Jordan Pickford’s Euro 2020 campaign is highlighting how much he’s capable of. Tom Davies only showed pockets of brilliance last season. Dominic Calvert-Lewin certainly has more to come.

Benitez can bring out the best in the mediocre, sometimes to unworldly results. This is the same coach who transformed Mohamed Diamé into one of the best central midfielders in the Premier League in 2018 and who won a Champions League with Steve Finnan and Djimi Traore featuring in the final.

There is a temptation to touch on how he is a sublime orator, often talking up the clubs he manages. But therein lies one pertinent problem: those quite prickly comments he made about Everton in 2007, calling them a “small club” after being frustrated with a goalless draw against them while at Liverpool.

Shouldn’t we just fuggedaboutit? Well, no. But we can definitely weigh up if the following actions speak of a man who doesn’t respect Everton.

Benitez donated £96,000 to the Hillsborough Family Support Group, has often supported runners at the ‘Run For The 96’ event and even donated to the Rhys Jones Memorial Fund.

“Scousers […] come together to be stronger as a group. There’s an atmosphere that results from that, the passion for football, their hopes for their team and the pride they feel when they see their team play.

“I think those things are passed down from fathers to sons and that creates a special situation in the stadium, in the city, in general. Everton fans share that same passion.”

Benitez seldom bothers appeasing fans if it means missing out on success. That’s why he chose Chelsea. It’s why he was linked with West Ham so quickly after Newcastle. And why he’s now at Goodison Park now.

It will be different to when he joined Newcastle. This time he will have to earn admiration. Soon Benitez, just like he is with Liverpool, could well become Everton’s own hero. 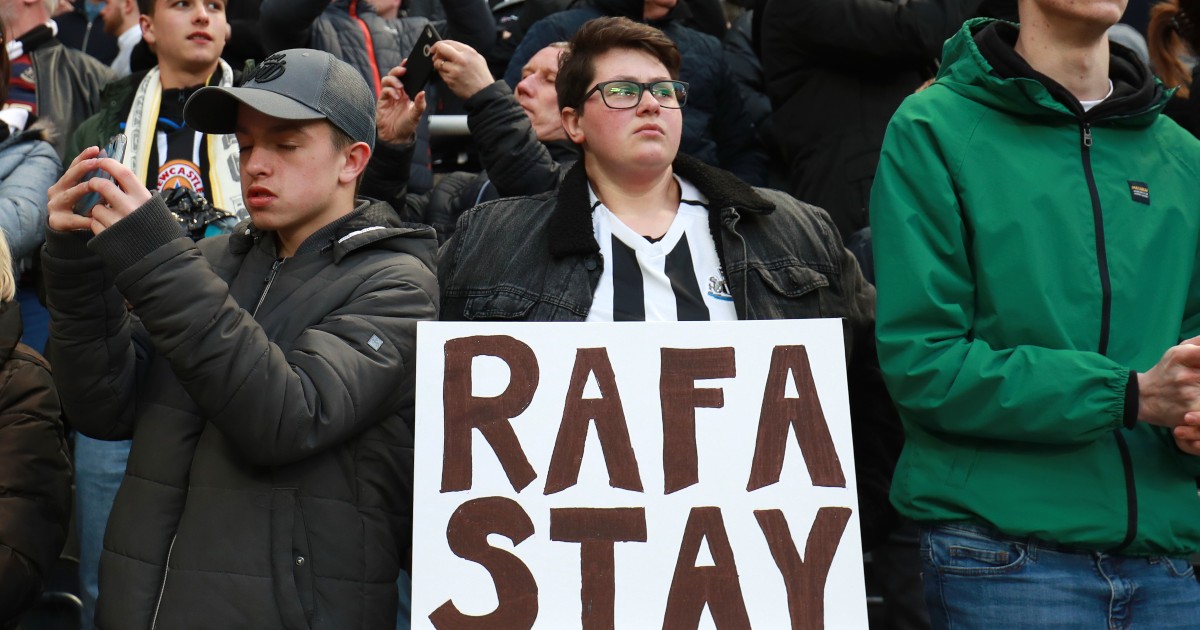