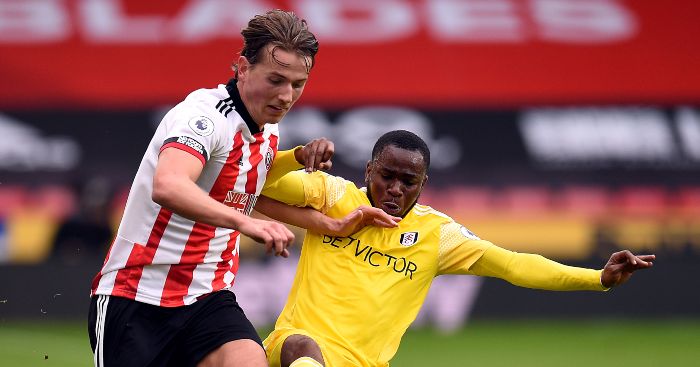 There have been many reasons proffered for the proliferation of goals in this nascent Premier League season. It might well be that a number of different factors have contributed to the clear change in dynamic.

Confusing laws and their baffling implementation have led to more penalties; a lack of fans in attendance often creates a sort of training match atmosphere; the absence of a proper pre-season and the interruption brought about by a needless international break has taken an understandable toll on defensive players, who often rely on higher levels of concentration than more instinctive forwards.

But perhaps the shift has a more obvious explanation. The depth of attacking quality throughout the entire division is simply in stark contrast to the dearth of defensive stability. Every team has a forward player capable of winning a match in one moment. So few have any individual or system further back able to consistently maximise it.

The meeting between the Premier League’s two ostensible worst clubs was a case in point. Both Sheffield United and Fulham had lost all of their games and looked generally mediocre in doing so before the break. They were equally fallible at Bramall Lane. Yet two players stood out above the rest and gave their respective managers and fanbases hope to cut through the general sense of foreboding doom.

The first half belonged to Sander Berge, who simultaneously looks nothing like a footballer yet also the only individual resembling one for large portions of the match. The conflict between his bruising frame and ability to glide past opponents makes for a spellbinding combination.

There is a Mousa Dembele aspect to his game, the aura of a player who can nutmeg you just as easily as he will run straight through you. Or both.

Indeed, it feels as though his phantom medical at Manchester United in January will be his first brush with the elite at club level, but not his last.

It was difficult not to feel sympathy for Berge at times as Sheffield United played through Fulham like they weren’t even there. For a player who has spent the past fortnight supplying Erling Haaland, it must be difficult to acclimatise to the wasteful finishing of Oli McBurnie again.

But the hosts did not capitalise on their dominance. Their six first-half shots included at least two huge chances that were hit straight at Alphonse Areola, and do not take into account the opportunities that were thwarted by the offside flag.

Aleksandar Mitrovic’s missed penalty was a warning they failed to heed. Fulham assumed the ascendancy thereafter and with talent like Ademola Lookman, Ruben Loftus-Cheek and Andre-Frank Anguissa behind the Serb, it did not take a genius to work out how.

Fulham have ended up with a load of players I either like or am intrigued by. Aina, Loftus-Cheek, Anguissa, Robinson, Lookman all starting today. How has that come together?

Their goal, a delightful mix of skill, determination and fortune, was just reward for Lookman’s probing. He created three chances, completed three dribbles and managed three tackles: each the most of any Fulham player.

Someone with that ability gives them a theoretical chance in every game. A defence that still contains Tim Ream and has Mitrovic kicking opponents in the penalty area will tend to undermine it.

The same stands for Berge, who can only do so much in leading a dehydrated David McGoldrick to water. Rhian Brewster should help in that regard but even as Berge notably tired in the second half – Chris Wilder keeping him on for 90 minutes was a strange decision – he managed to lay on one final opportunity for McBurnie that landed straight into Areola’s hands. The linesman’s raised flag was a convenient safety net for the striker.

As it was, a point each was perhaps the fairest result as both Sheffield United and Fulham defied this high-scoring season with a 1-1 draw that could easily have ended 3-0 for either side. In Berge and Lookman, both have players who will and can prove decisive when it matters. The problem for one is what’s in front of them; for the other, it’s what’s behind.