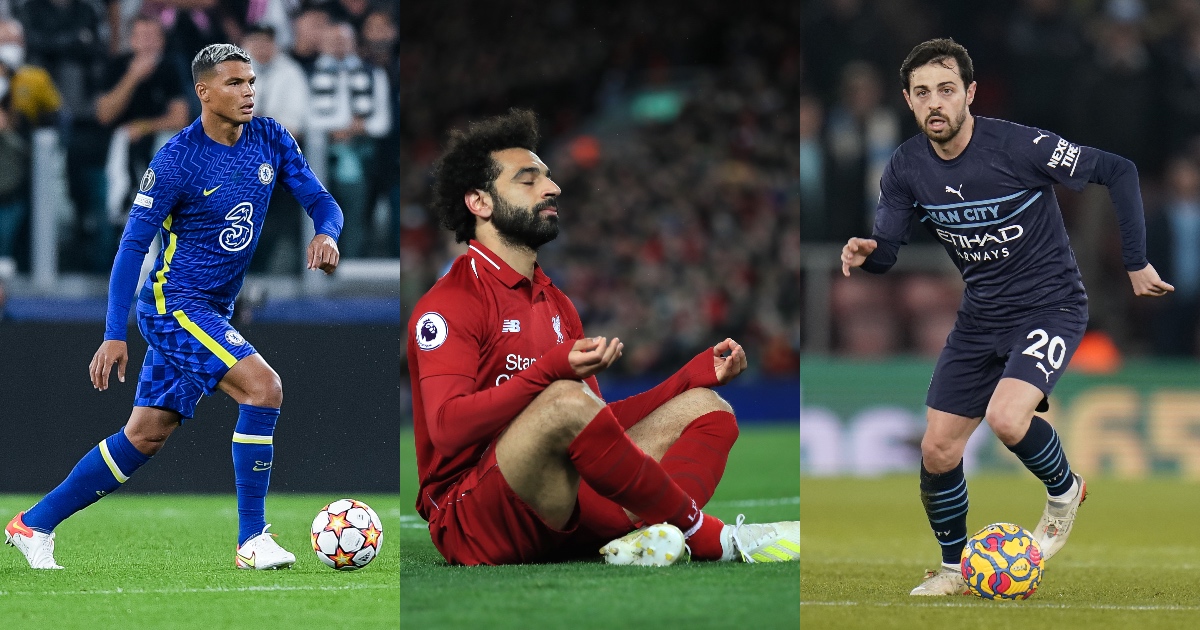 Players from six clubs make up a best Premier League XI of the season predictably dominated by Liverpool and Manchester City.

Players must have started at least five Premier League games to be up for selection, with picks made according to the WhoScored ratings…

Here is the worst XI, if you are at all interested.

GK: Aaron Ramsdale (Arsenal) – 6.94
Oh how we laughed at Arsenal signing Sheffield United’s goalkeeper for £25million. They’re laughing now. A more stable version of Jordan Pickford, Ramsdale has been a revelation this season and produced one of the great Premier League saves.

Can we just talk about this Aaron Ramsdale save. Wow.pic.twitter.com/aOaPlK8PVs

RB: Trent Alexander-Arnold (Liverpool) – 7.58
He’s so good that 15 assists from 25 games has become weirdly normal. But we shouldn’t allow ourselves to think that way – the guy is a phenomenon.

CB: Joel Matip (Liverpool) – 7.19
Will always be the other centre-back, such is the genius of Virgil van Dijk. But he will go down as one of the greatest free transfers in Premier League history.

CB: Thiago Silva (Chelsea) – 7.18
The oldest outfield player in the Premier League and he’s shown all that experience but none of the heavy-legged baggage that comes with it. Unless some disrespectful youngster puts a hand on his back, at which point he becomes geriatric to the point of being unable to stand.

Foul or no foul here?

LB: Joao Cancelo (Man City) – 7.34
Struggling for game time before becoming an integral player is a well-trodden path under Pep Guardiola at Manchester City. Cancelo has started all but one game for City this term and may well have produced the assist of the season.

CM: Conor Gallagher (Crystal Palace) – 7.36
The problem wasn’t Gallagher last season; it was West Brom. He’s got excellent technical ability and extraordinary energy, but what sets him apart is his movement and the timing of his arrival in the box. Chelsea may have another Frank Lampard on their hands.

CM: Rodri (Man City) – 7.35
Rarely seems to need to make a tackle, such is his reading and awareness of the game, and keeps things ticking to the extent that opposition teams are refused any respite from the array of outstanding forward players in front of him. Won’t get a look in for Player of the Year, but should.

AM: Bernardo Silva (Man City) – 7.39
Guardiola described Bernardo Silva as “the best” after his incredible finish in the win over Aston Villa in December. He may be the most technically gifted player in the Premier League right now. As Guardiola says: “He has a special ability to do whatever he wants with the ball.”

He has scored four goals in his last seven Premier League matches for Manchester City, as many as in his previous 55 in the league. pic.twitter.com/HpOQpGMT8Y

AM: Kevin De Bruyne (Man City) – 7.32
Suffered at the start of the season through injury and Covid-19, but is now very much in his languid, flowing stride.

AM: Jarrod Bowen (West Ham) – 7.27
Fun fact: my mum taught Jarrod Bowen. Don’t ask him to name the threats to the Weimar Republic 1919-23, just give him a ball and send him running. With six goals and nine assists an England call is surely in the offing. West Ham really need to make the most of him while they still can.