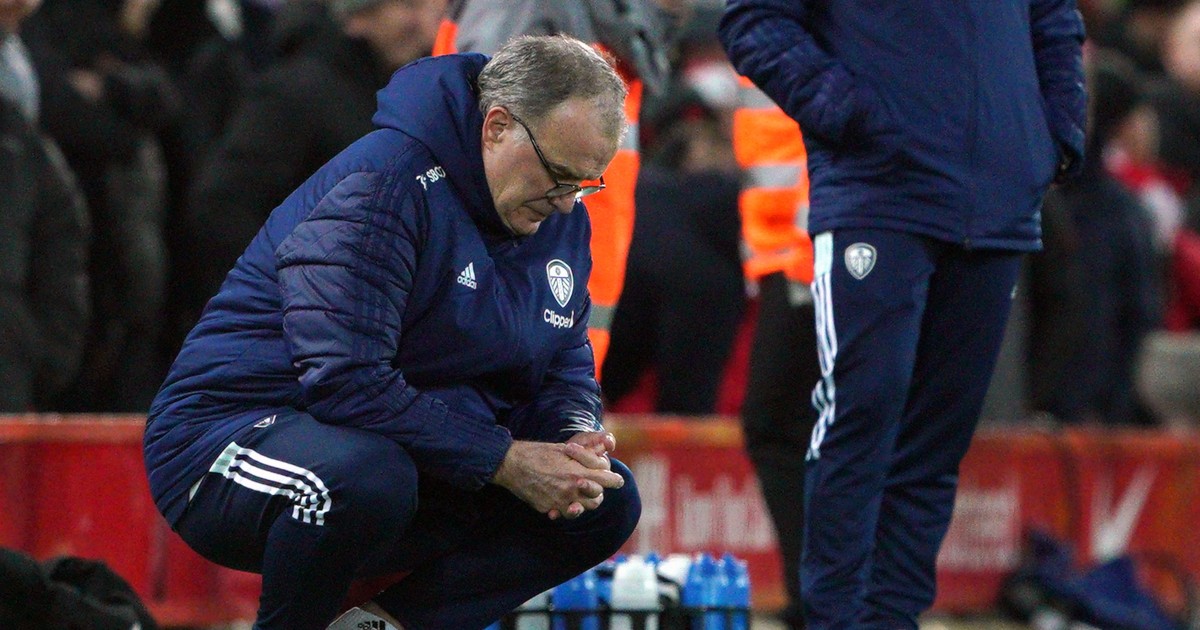 Leeds are in genuine Premier League relegation danger and Marcelo Bielsa has to change something to fix their numerous problems.

Just before boxing’s ultimate grudge match took place last Saturday night between two mid-30-somethings chasing one more payday, yet another grizzled pro was announcing plans to step back into the ring.

Ricky ‘The Hitman’ Hatton last fought one of the Premier League pugilists back in 2009. His all-action style turned heads and blew opponents away, while a noisy set of fans revered him like a drinking partner (which he essentially was outside of training camp). Eventually, the Mancunian felt ready to take the big dollar against the super-elite Floyd Mayweather and Manny Pacquiao. “There is a method in my madness,” Hatton used to insist. Against the very big boys, there was only madness.

The man of the people got battered by the hand speed of both, unable and unwilling to modify for the problems that a superior skill set would bring to the table. “He was wide open to the right hook, which was the first of the knock-downs,” said Pacquiao’s trainer, Freddie Roach. “I knew Ricky like my own fighter.” When your game face is that obvious to the enemy, who needs Spygate?

Leeds are the football version of the Hatton charge over the top. There is no stepping back. No change of style. Forward march and to hell with a bloodied nose. It’s thrilling for a while but when you are laid out on the canvas, it’s a difficult watch. Hatton got knocked down three times in six minutes against Pacquiao. Leeds just walk on to it. Six and out and all of them sucker punches.

Board and Bielsa have absolutely failed us this year with their complete lack of willingness to want it improve this squad. It’s embarrassing. I genuinely think for the first time this season that we’re off down

Marcelo Bielsa is a man on repeat in translation post-match. He’s a mix of searing honesty tainted with a kind of one-eyed insistence on the team’s sovereign identity. “The security we were able to play with last season, this season we haven’t been able to conserve it. In certain games it has been very evident, our weakness,” he said after the Liverpool humbling.

Bielsa continues to back the all-out policy of fierce hand to hand combat, even on a 1970s-style stodge-fest pitch against Manchester United last Sunday. The result was another four-goal concession which took the against column to 50. He insisted: “They missed very few chances, but they were very efficient and we were less efficient, and the difference comes through that. We had seven or eight chances to score, just like the opponent, but they scored a higher proportion.”

Manchester City had 15 shots on target against the Whites and scored from seven of them. Liverpool had 15 and scored six. United had just eight at the start of the season and scored five. This “higher proportion” of conversion from opponents appears to be a recurring theme. Flooding players forward when the dam is burst at the other end is nothing if not brave. Or foolhardy.

Here comes the disclaimer. The caveats are well known. There’s no Patrick Bamford to start the defence from the front. Kalvin Phillips can’t come back soon enough as his manager admits the “compact block” is essentially putty at the moment. Redeploying Pascal Struijk was hardly ideal when Robin Koch went off and his replacement Junior Firpo was scrambled in the mind. This collective concussion even extends to Raphinha who is shadow boxing at the moment.

Leeds will not and cannot compromise in extremis. Entering the Premier League pearly gates at an empty Anfield in September 2020, they had a free hit in a 4-3 defeat. Behind three times, the slugfest of back and forth basketball gave us a thrilling opening night and an idea of what was to come. It’s just not sustainable. They eventually lost to a wild tackle in the penalty area and conceded another via a rugby tap tackle on Wednesday at the same venue which put the game out of reach. As Jurgen Klopp noted: “It is really difficult to defend man marking against us for 90 minutes. You cannot defend Mo Salah in all challenges of a game.”

Bielsa has been straight up in terms of admitting the fight is now against relegation. Players coming back won’t necessarily reset the system given the psychological damage that constant heavy defeats bring. He might want to question whether they can shift the balance slightly with what they have available before they go down by the head. Leeds are box office but so was Titanic.