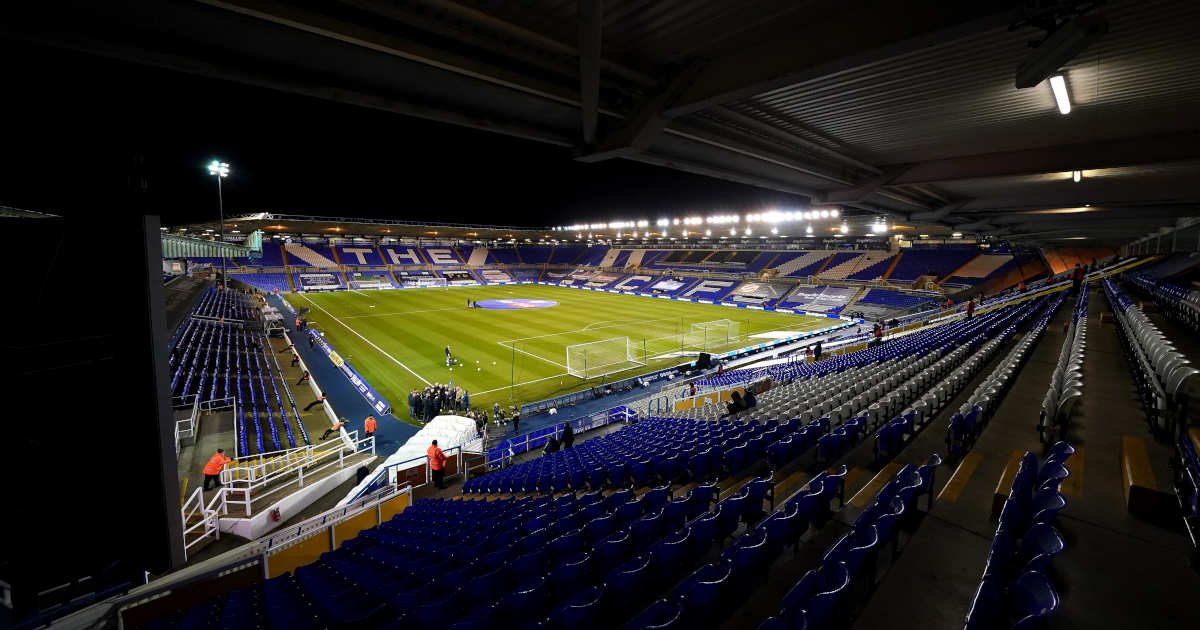 Birmingham City are every conceivable sort of mess at the moment, yet they might survive relegation from the Championship regardless.

Under normal circumstances, a club 13 points from the relegation places with almost two-thirds of the season played would consider itself to be safe. It’s entirely possible that Birmingham City will not be relegated from the Championship come the end of this campaign, but to describe them as ‘safe’ couldn’t be much further from the truth. Birmingham City haven’t been operating ‘under normal circumstances’ for years.

This sense of jeopardy surrounding the club has a very visible manifestation. Since December 2020, two of the stands at St Andrew’s – the Kop and Tilton Road stands – have been closed after a survey flagged up corrosion on the steelwork that props them up. The stands have been closed ever since, with structural engineers struggling against a litany of problems, including issues with staff and sourcing materials, asbestos and standing water. It has been estimated that the work may cost upwards of £2.5m to complete.

The upper half of the Tilton Road stand finally reopened in September, increasing the limited capacity of the ground somewhat, but the rest stays closed, and despite the unhappiness of supporters over this, the club now says that it ‘hopes’ to have the work completed for the start of next season. There is no timeframe on this and few fans have a great deal of confidence in the owners of the club to put that right.

A decade ago, things all seemed very different. Birmingham had won the League Cup and found themselves relegated from the Premier League at the end of the previous season, but they went into 2012 in a strong position and by the start of February were in third place, two points from one of the automatic promotion spots. But it didn’t come to pass. Birmingham finished fourth, beat Blackpool in the play-off semi-finals and then lost to West Ham United in the final. They haven’t been anywhere near promotion since, and haven’t finished above 17th in the Championship in the past six years.

At the time of Birmingham’s 2011 relegation, their owner was Carson Yeung, who bought the club in October 2009 for £81.5m from David Sullivan and David Gold, now the co-owners of West Ham. But a month after the club’s relegation Yeung was arrested in Hong Kong, and in 2014 was sentenced to six years in prison. The court found that Yeung’s £55m fortune was the proceeds of crime which he laundered, and that he had a previous conviction for failing to declare a shareholding in another company. This was before the Premier League approved his 2009 takeover.

The league decided Yeung was a ‘fit and proper’ person under its rules because that offence, of misleading the Hong Kong stockmarket, would not have been a criminal offence in this country. They later said that they were unaware that Yeung was under police investigation for money-laundering at the time that he presented himself as a suitable owner for a Premier League club. Yeung has now served his prison sentence, but still lives a colourful life.

Birmingham are owned by another Hong Kong based company, Trillion Trophy Asia, who became majority stakeholders in October 2016. But as with everything else to do with this particular club, things are more complicated than they may initially seem. Their original CEO, Xuandong Ren, was said to have a furious temper and was considered to have contributed to a ‘toxic environment’ behind the scenes at the club prior to his departure in May. They haven’t had a CEO since, although there has been talk of a ‘Mr King’ who is actually the person running the club, which is a long-running story corroborated by several witnesses. But the club continue to deny this. Such is the murkiness of the ownership that it can feel at times as though no-one knows who really is in charge.

The finances are a mess. The club sold St Andrew’s to Achiever Global Group Ltd, a British Virgin Islands registered property company. BHSL’s share raised just short of £11m, but the club will now be paying an annual rent of £1.25m until 2031, and in 2025 there will be a rent increase of no less than 5% and no more than 22%. This was done to circumvent EFL profit and sustainability rules. Sheffield Wednesday managed the same trick. Derby County, whose current status is ‘The EFL Championship’s Cautionary Tale’, overvalued Pride Park; everybody knows what position they ended up in.

Birmingham had been there before. In March 2019, they became the first club in the Championship to be punished under these rules for breaching spending limits during the period from 2015 to 2018, and were deducted nine points. The subsequent business plan almost cost them dearly, too. The club was initially cleared of an alleged breach of their agreed business plan by an independent disciplinary commission, but an appeal brought by the EFL found in the league’s favour. Birmingham avoided a second points deduction.

The last set of company accounts are for the year to June 2020, and they paint a bleak picture: the club lost £18m, up more than £10m on the previous year, and with current financial liabilities of £110m. Their wage to turnover ratio was 145%, meaning that every £1 Birmingham City brought in, they were spending £1.45 on wages alone. Their figures for the previous four years were 140%, 202%, 129% and 104%. It’s also worth remembering, when considering these figures, that the club made a combined £40m from the sales of Che Adams to Southampton and Jude Bellingham to Borussia Dortmund, in 2019 and 2020 respectively.

In a parallel universe : ‘ Bellingham to Adams to Gray…’

On the pitch, things have been tepid. Manager Lee Bowyer was only able to make a small number of signings in the summer and even the homecoming of Troy Deeney was tarnished somewhat by what he was coming back to. That continued into the January transfer window. Bowyer expressed his frustration at this in December. It looked as though Birmingham had been done a favour by the points deductions applied to Derby County and Reading respectively, but while Reading are currently in free-fall with one point from their last eight matches, Derby most definitely aren’t. They’re now off the bottom of the table and just four points from safety.

There’s still a buffer between Birmingham and the bottom three, but it feels more brittle than ever. Barnsley, most agree, have gone. Reading are imploding and Peterborough United have taken one point from their last six. But Derby have been motoring and the other sides below them, Cardiff City and Hull City, are both capable of improvement. If Derby keep going and one of Reading or Peterborough pull out of their slump, Birmingham could find themselves dragged into a relegation fight that they don’t want to get involved in. But it’s not saying much for Birmingham City if they’re dependent on other clubs’ points deductions or bad form to guarantee their own survival.

The club has been up for sale since March but, perhaps unsurprisingly, no-one serious has expressed an interest – although one of the game’s most infamous tyre-kickers inevitably had to raise his hand. As such, the club’s future remains unclear. Relegation this season remains unlikely, but it is still possible and without major surgery it feels as though the club can only head in one direction. Yeung feels like a long time ago, but his legacy lives on at the crumbling St Andrew’s.