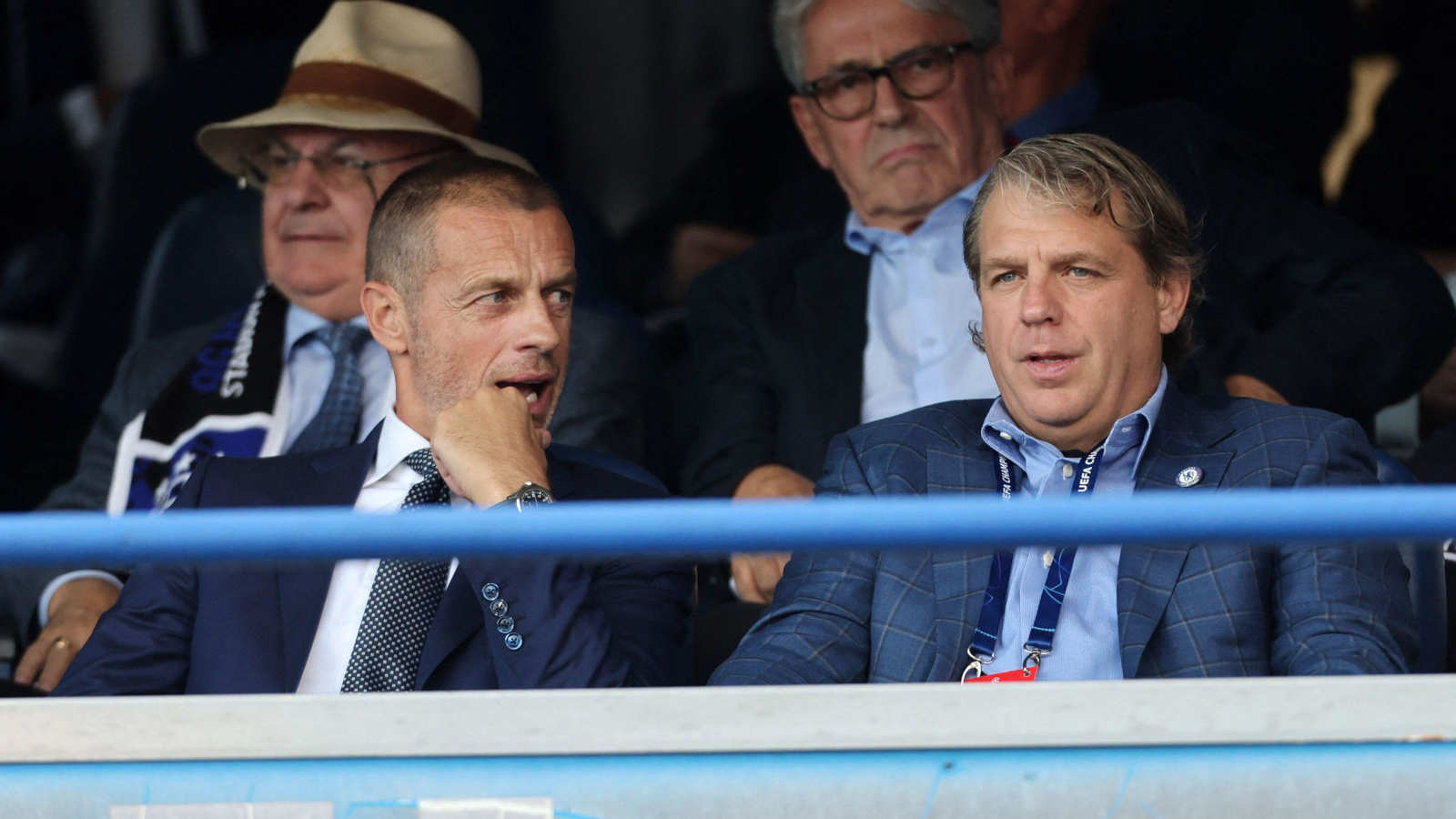 Todd Boehly has been talking about a Premier League north vs south all-star game but as ever, no-one has been asked if they want this.

Fresh from spending two hundred and something million pounds in the summer transfer window and his asset-strip of Brighton & Hove Albion, it doesn’t seem like Todd Boehly is going to be standing still any time soon. The public face of the group that has taken ownership of Chelsea was speaking at the SALT thought leaders conference in New York, and his comments about a ‘North vs South All-Star’ match have certainly raised eyebrows in this country.

“Ultimately I hope the Premier League takes a little bit of a lesson from American sports,” he told the other assorted thought leaders, “and really starts to figure out, why don’t we do a tournament with the bottom four sports teams, why isn’t there an All-Star game? People are talking about more money for the pyramid, in the MLB All-Star game this year we made 200 million dollars from a Monday and a Tuesday. So we’re thinking we could do a North versus South All-Star game for the Premier League, for whatever the pyramid needed quite easily.”

Okay, well, first things first, let’s be absolutely clear that there is no way on earth that such a match in this country would make anywhere near $200m (around £175m, according to current exchange rates), even if countries or cities could be persuaded to bid against each other for the ‘honour’ of hosting such a fixture.

How much will potential hosts and broadcasters be prepared to pay for this one essentially meaningless fixture? And how much will they set ticket prices at for those who wish to attend? To raise anywhere near £175m, the answer to both of these questions would likely have to be ‘a lot’.

Such is the fixture congestion in European club and international football that it’s difficult to imagine such a fixture being anything more significant than a pre-season curtain-raiser in the manner of – and quite plausibly a replacement for – the Community Shield, although many would bristle were this replacement to be taken abroad.

This is football on the border of having no context, and it seems difficult to believe that such a match would be taken in any way seriously here.

All-Star games are well-established in the USA, a country with a very different geography and market for sports events. But Boehly’s suggestion seems almost oblivious to the nature of the sporting rivalry in this country. There has never been any indication that fans in this country have any significant interest in such a fixture.

Soccer Aid already exists at the junction at which football and light entertainment intersect, and this match has its place as a vehicle for fund-raising and an opportunity for fans to experience something a little different.

It is the suggestion that this could pay “for whatever the pyramid needed quite easily” that raises the biggest eyebrow, because such comments cannot be taken outside the context of the game’s political machinations. No-one knows exactly what is going to happen with the independent regulator for football now that the Conservative Party have carried out yet another leadership coup, but the pressure had already been building for the proposals to be watered down from the Premier League, and to make a proposal that would fund the ‘pyramid’ from the munificence of Premier League clubs sounds like an attempt to deflect ‘sharing’ income into something that they get to dictate.

And of course, how many clubs are going to enthusiastically throw themselves into the logistics of such a fixture if they’re not enriching themselves? Let’s briefly assume that Todd Boehly is right, that a Premier League North vs South All-Star match can raise £175m per year for the pyramid. That is a vast amount of money.

For how long does Boehly believe that Premier League club owners would allow the proceeds from what would become, if it got close to that £175m, the most lucrative single fixture in their calendar to be sent entirely to the EFL of the game’s grassroots?

We are, after all, talking about a body that was explicitly established to stop sharing television money with the lower orders. Project Big Picture was cast from the same ideological mould, as was the European Super League. Fans with 30 years’ experience of the 1992 landgrab would need a lot of persuading that this isn’t just another example of the same thinking.

Furthermore, what would other European leagues – who already tend to view the Premier League as a European Super League that’s already arrived – make of another high-profile Premier League fixture, and possibly one to be played abroad?

There is a perception in this country that Americans are somehow unable to grasp football’s nuances, that they care little for the culture and traditions of the global game and may have no compunction about tearing it apart to suit their viewing habits. This is broadly extremely unfair, but it’s a perception that Boehly’s pronouncement will have done little to alter.

It’s worth noting that American sports do have features that we could learn from in this country, not least to increase competitive balance. Revenue-sharing is greater there, there are salary caps, and first-year player drafts that favour less successful teams. But these changes never seem to be mentioned by the likes of Boehly when they arrive on these shores.

They occur in American sports because they have closed leagues with no promotion or relegation. And when American owners start talking about “a little bit of a lesson from American sports”, it becomes difficult to believe that the ultimate intention wouldn’t be to institute that here, too. And while the mantra of capitalism demands infinite growth, professional football is already reaching a point at which it feels as though everything could do with being slimmed down, a bit.

The early reaction from within the game here has been dismissive. Asked about such a fixture after Liverpool’s win against Ajax in the Champions League on Tuesday night, Jurgen Klopp didn’t even bother to hide what he really thought of it all. “He forgets in the big sports in America, they have four month breaks. Does he want to bring the Harlem Globetrotters as well?” was his response, and it’s likely that others in the Premier League will be thinking along similar lines.

At least, it might be argued, Todd Boehly is throwing ideas out there, and this may be preferable to the habitual quiet of the other American owners of clubs in this country, especially when we consider that these very owners were behind Project Big Picture and rushed to join the European Super League when offered. The Community Shield looks tatty and could do with a breath of fresh air, and we all know that the rest of the football pyramid below the Premier League could do with the money.

The simple fact remains that the trickledown economics of the last 30 years have failed smaller clubs by concentrating too much power and too many resources at too few clubs, and an independent regulator is needed in this country because so many of the decisions made within the game have only exacerbated inequalities to a point at which matches often simply don’t even feel competitive anymore.

But there doesn’t seem to be much appetite for an All-Star game among fans, the schedule is already packed to bursting point, and it’s difficult to imagine that it would make anything like the amount of money that Todd Boehly seems to think it might. A Premier League All-Star game will fix little and may create headaches of its own, and should be left on the shelf of possibly well-intentioned but ill-thought-out ideas.