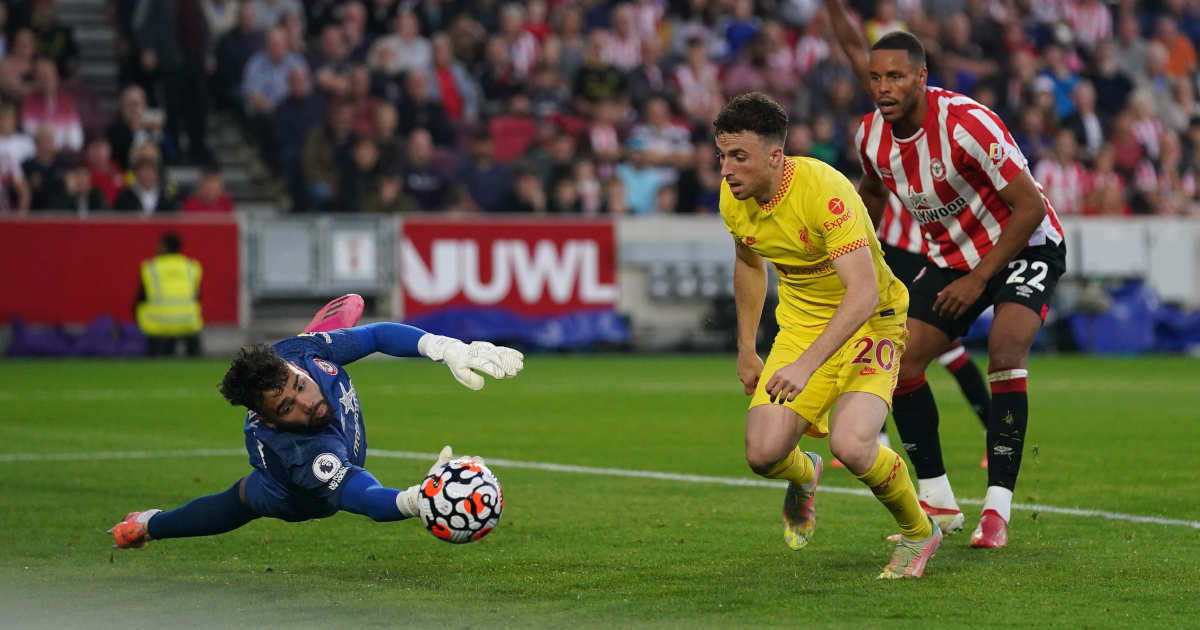 Brentford have been the beneficiaries of a moneyball style approach, but they’re also about community.

Over the course of six matches in September, Liverpool won five and scored 20 goals from a schedule that featured games against Leeds United, Milan and Porto, but one team gave them a greater headache than any other. Brentford pushed them all the way in a pulsating 3-3 draw at The Brentford Community Stadium, a match which Liverpool might easily have lost and which left the post-match pundits scratching their heads at an uncommonly slovenly Liverpool performance.

But little happens in the Premier League without some sort of plan, and there can be little question that Brentford have more of those than most. Their appliance of science has taken the club all the way to the Premier League, and now they’re holding their own. With six games of the season played, they’ve already run up impressive wins against Arsenal and Wolves, while they’ve also returned from tricky-looking trips to Crystal Palace and Aston Villa with draws, while their only defeat so far came thanks to a last-minute Leandro Trossard goal for a Brighton team that has also been punching way above its weight so far this season. In the Premier League table, they’re above both Arsenal and Spurs in ninth place.

The Liverpool game was a strong contender for the most entertaining Premier League game of the season so far and it was instructive about the reasons for Brentford’s success so far this season. At 3-2 down, manager Thomas Frank switched Christian Norgaard for Yoane Wissa, moving to a more attacking 3-4-3 formation. This was obviously a tactic that could have backfired, but with eight minutes to play another hallmark of this team, a set-piece meticulously defined to unsettle Liverpool’s central defence, resulted in Wissa scrambling the ball over the line and rescuing them a point.

After the match, Liverpool supporters were unhappy with their team’s defending for all three goals, but there’s a counterpoint to this: Brentford’s organisation and sheer tenacity is a combination that is very, very difficult to defend against. But if there’s one thing that we know for certain, it’s that those set-pieces and that pressing are no accident. Those ten-second bursts when it feels as though no-one knows quite what is happening or where the ball might even be are more meticulously planned than they sometimes look, and Bernardo Cueva, the club’s tactical statistician, seems to have a near-endless supply.

As recently as 2009, Brentford were in the basement division of the Football League, but the arrival of Matthew Benham turbo-charged the club. Benham had made his money after he joined the sports betting company Premier Bet in 2001 as a protege of the Brighton owner Tony Bloom, but the pair fell out a couple of years later when Benham decided he wanted to branch out on his own. It’s a row that has never been resolved, which led to Bloom being in the away end for the match between the two sides earlier this season, but both men have achieved much of what they set out to achieve with their clubs.

At Brentford, much has been made of the club’s ‘moneyball’ way of doing business, a system best summarised by the club’s co-director of football, Rasmus Ankersen:

“Brentford can’t win by outspending the competition so we have to out-think them. And the question that comes from that is how can we be different? How can we do things in a different way? So, what are the inefficiencies in the system in football, and how can we exploit those?”

The odds have remained stacked against them. Ian Carlo Poveda signed for Manchester City in July 2016 after two years with Brentford. Shortly afterwards, Josh Bohui, a winger who had represented the England under-17 team, was signed by Manchester United. In both cases, Brentford got a tiny amount of compensation, but in both cases the players left the club because the club had decided that the academy was not delivering the results to match their investment.

Neither player ended up playing for their new clubs. Poveda was eventually picked up by Leeds and is now at Blackburn Rovers on loan, but Bohui is believed to be out of contract after a loan spell at Colchester United last season. The EPPP has been very good for the England national team, but it’s claimed casualties too. But Brentford have kept ploughing on. Promotion to the Championship followed, steady progress marked by solid investment into the club which was carefully spent on building a solid foundation. The academy was replaced by a slimmed-down version, staff were brought in to ensure that the necessary crunching of numbers was carried out, and a new stadium was built to replace the ageing Griffin Park.

It is thoroughly appropriate that the club’s new home should be called the Brentford Community Stadium. The word ‘community’ has become something of a football buzzword in recent years, but at this particular club the sense of community is important. This isn’t an accident. The club’s supporters trust, Bees United, took over the running of the club in 2004, when it teetered on the brink of oblivion in the fallout from the ITV Digital collapse, and became its majority shareholders early in 2006.

Benham started to invest three years later and completed his takeover of the club in 2012, but that sense of togetherness remains strong, and while it’s difficult to place a ‘moneyball’ value on what it does for the club, it seems reasonable to suggest that it’s entirely positive. Having taken 74 years to get back to the top flight of English football, this combination of cold, hard analysis and warmth of community seems to be serving the club admirably.