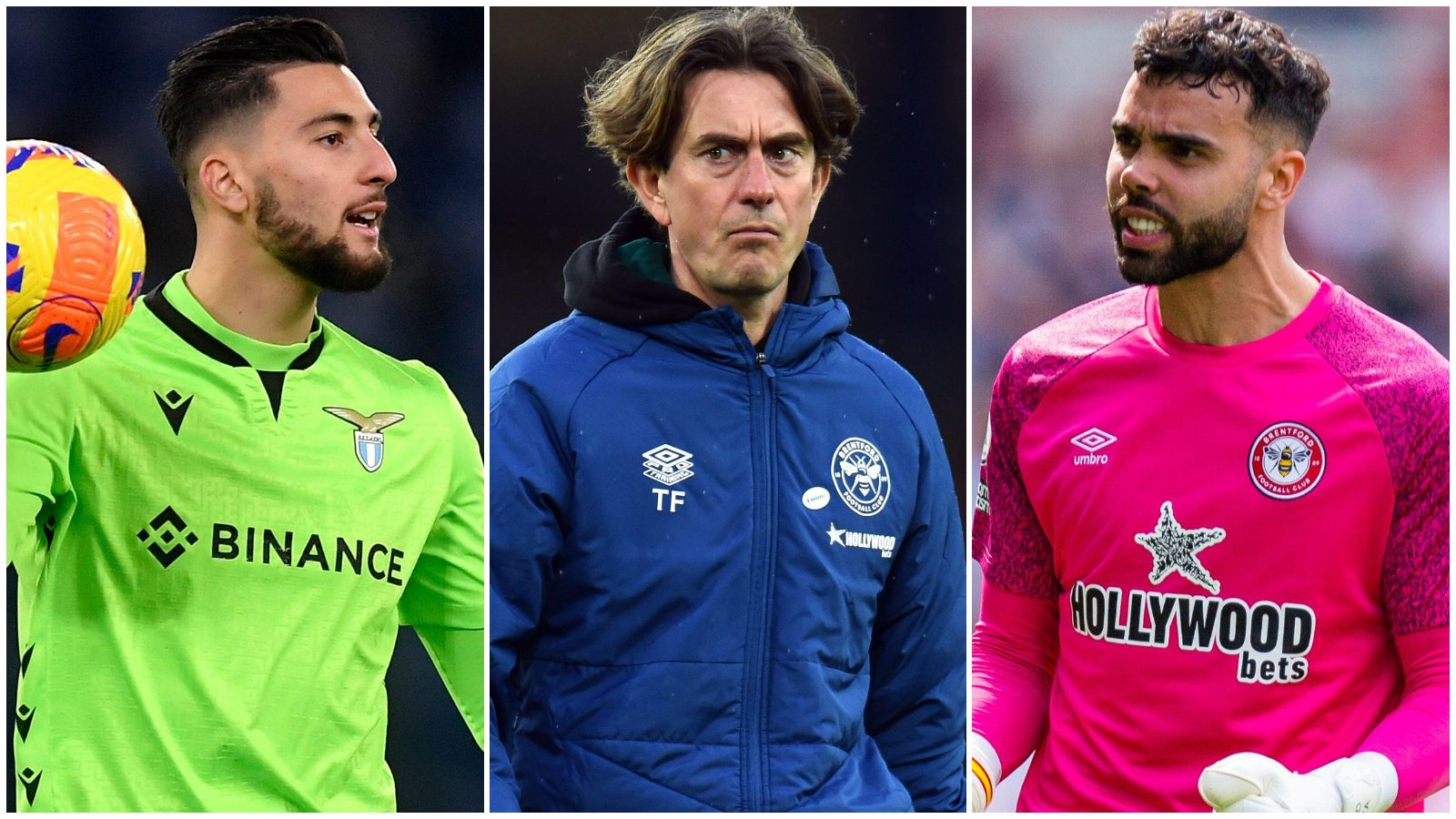 Brentford have two senior international goalkeepers both expecting to be No.1 and another coming through. It’s a nice problem for Thomas Frank.

Manchester United may have beaten Brentford to Christian Eriksen, but the Bees have taken some measure of revenge by signing Thomas Strakosha, the goalkeeper in every free-agent XI on the internet this summer.

Strakosha joined Brentford on Thursday after leaving Lazio at the end of last season. The Albania international has played six campaigns in the Rome side’s sticks, getting a taste of the Champions League and Europa League along the way. For most of that time, he was undisputed No.1. He lost his status briefly in 2020/21 before regaining the starting spot last December.

The prospect of free-agency led to Strakosha being linked with plenty of Premier League clubs. Newcastle, Chelsea, Southampton, Fulham and United have all been credited with an interest, with a range of roles in mind. But Brentford swooped to sign the 27-year-old on a four-year contract.

Landing the Lazio No.1 serves as another reminder of how far Brentford have come. It also leaves Thomas Frank with arguably the Premier League’s strongest goalkeeping department – and a selection dilemma.

As well as Strakosha, Frank has David Raya and Matthew Cox to guard his goal. Raya was one of Brentford’s best players in their first season back in the top flight and his presence was missed during a four-month injury lay-off in which the Bees lost nine of 13 games. So impressive was the 26-year-old that he earned his first Spain call-up in March, when he made his international debut against Strakosha’s Albania. This is a Spain squad that David De Gea, despite his form last season, cannot get in.

Cox was also in line for a debut last term – a Premier League bow against United before the game was postponed. The 19-year-old joined Brentford last summer from AFC Wimbledon and has impressed Frank enough to be viewed as a No.1 in waiting. Cox won the Under-19s European Championship with England this summer and, as a measure of how highly-rated he is at Brentford, the former Chelsea academy keeper last week signed a six-year contract.

Extremely delighted to sign a new long term contract @BrentfordFC thanks everyone @NewEraSports_ for all the help on and off the pitch, keep pushing now❤️ 🐝🐝 pic.twitter.com/XCTKzVcSo9

Frank name-checked both Raya and Cox when welcoming Strakosha to Brentford and it is hard to think of a Premier League manager with such a glut of goalkeepers. Chelsea have the world’s most expensive on their bench – perhaps not for much longer – while Palace’s signing of Sam Johnstone leaves Patrick Vieira with two England internationals and long-term No.1 Vicente Guaita. At Newcastle, Nick Pope will doubtless start the season as first choice while Martin Dubravka and Karl Darlow watch on, and David Moyes has Lukasz Fabianski and Alfonse Areola vying for West Ham’s gloves.

At Brentford, just like everywhere else, three doesn’t go into one. Nor does two. Come the opening day of the season, Frank will have to p*ss off one of his No.1 hopefuls.

Cox needs senior experience and a loan for the teenager makes perfect sense. That leaves Raya and Strakosha to scrap for the starting spot against Leicester in three weeks; both will be looking for some clarity from Frank over where they stand in the pecking order.

Goalkeepers don’t thrive amid uncertainty. Mad b*stards though they are, most are sensitive souls and need to feel the confidence of their coach. Unlike other positions on the pitch, leaving two players to scrap it out and picking the one in best form is not cool for cats. Having the fear of being one dropped cross, a fumbled shot or a single heavy touch away from the bench fogs the mind when stoppers need to be serene.

Without being privy to the conversations, we have to assume that Strakosha has been given certain assurances. The new boy reportedly chose Brentford over United because he has no intention of sitting on the bench. Living in London was also a factor but he could have done that by being back up at Chelsea, or taking up Fulham’s offer. Before Strakosha has scuffed the latex on his mitts, the assumption is that he will start the season in goal.

Frank doesn’t f*** about, and the signing of Strakosha is perhaps a message to Raya over his contract talks. The Spain keeper reportedly turned down a new deal with Brentford at the end of last season but both parties are said to be keen for him to remain in west London. His current terms still have two years to run, but dallying might have diminished Raya’s first-team prospects and retaining his place in Luis Enrique’s international squad will be nigh-on impossible from the Bees’ bench.

It’s a problem for Raya and picking between two international goalkeepers is one for Frank too. A nice one, especially since it illustrates Brentford’s progress, but a problem all the same.