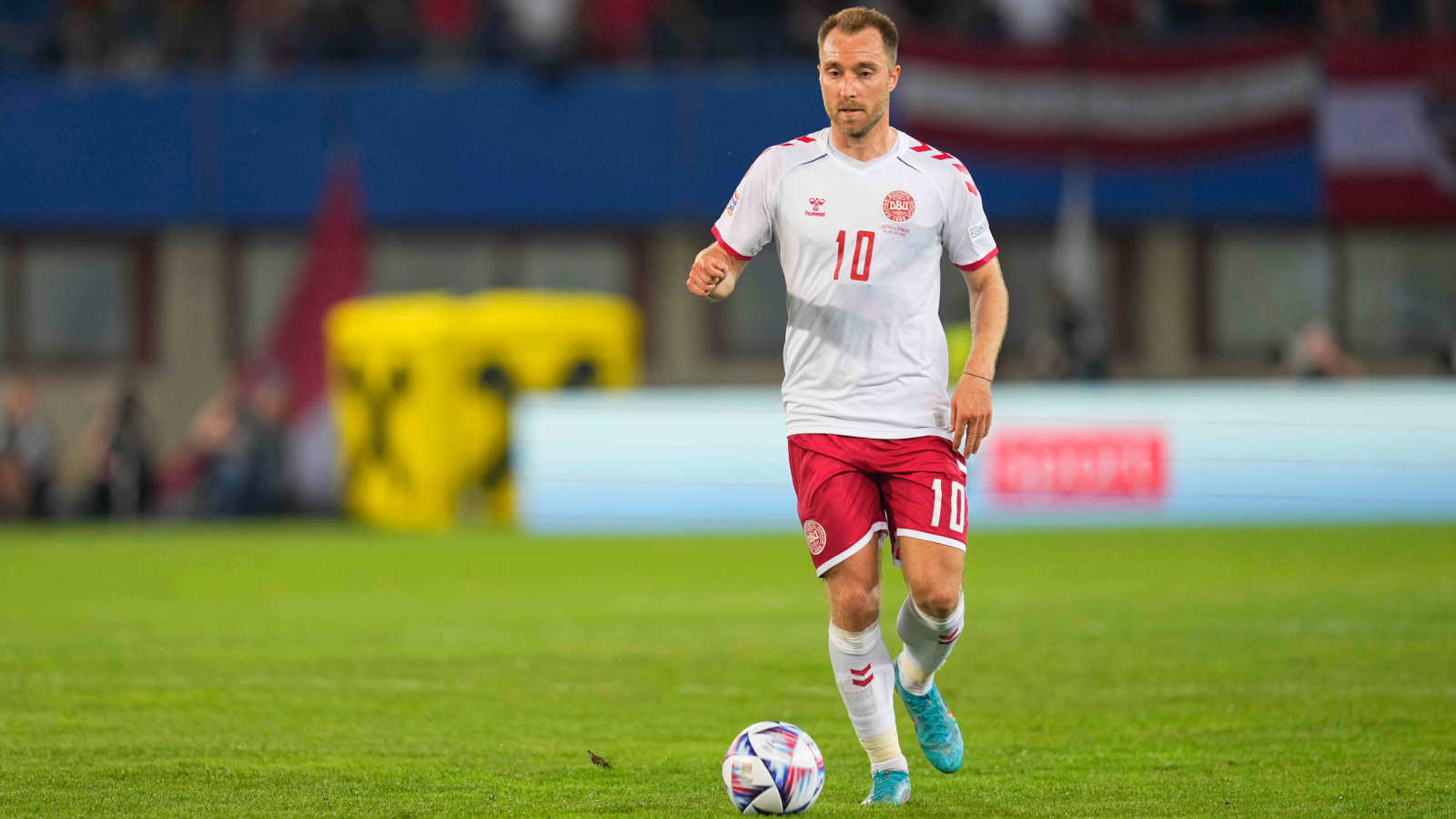 Christian Eriksen is out of contract, and Brentford, Spurs and Manchester United are all in the chase to sign him. So who will he choose?

The player himself doesn’t seem too bothered about rushing into a decision, and considering the events of the last 12 months, it’s probably unsurprising that Christian Eriksen wanted a holiday once Denmark’s Nations League fixtures were over. It’s barely been a year since Eriksen’s life hung in the balance on the pitch at Parken in Copenhagen following a cardiac arrest, saved by the close proximity of a defibrillator and a hospital.

Eriksen’s career with Inter was over, due to a Serie A ban on the pacemaker with which he was fitted, but by the end of last year it was clear that he was going to be able to return to top-class football. At that time, Eriksen’s desire to return to the game and the permission of his physicians were just about as much as anybody knew. Would he be psychologically affected by the events of last year? How might the Christian Eriksen of before June 2020 be different to the Christian Eriksen of afterwards?

We got that answer comprehensively throughout the second half of last season. Brentford were in a slump that was threatening to grow into a tailspin by the end of February, but Eriksen knew their head coach Thomas Frank from Frank’s work with the Danish youth set-up. A contract to the end of the season was agreed, and Eriksen made his debut for the Bees against Newcastle United on February 26. It was the first of several ’emotional returns’ that he would go through over the course of the rest of the season.

It was soon clear that Brentford’s decision to offer a contract to Eriksen had been a gamble that had spectacularly paid off. Following the Newcastle game, Brentford won seven and drew one of their remaining 11 fixtures to finish in 13th place in the table. And Eriksen wasn’t just the master that he had been before his cardiac arrest, either. He also seemed able to bring the best out of those around him, as Brentford rallied in the league to pull themselves comfortably clear of any concerns about relegation, and with room to spare.

The fairytale aspect of the return didn’t end there. When he returned to the Denmark team for a match against the Netherlands at the end of March, he entered the pitch at the Amsterdam Arena, where he’d made his debut for Ajax 12 years earlier at just 18 years of age..to another rapturous reception. The Netherlands won the game 4-2, but that didn’t really seem to matter that much. Scoring with his first touch of the ball when he’d been on the pitch for just a couple of minutes was the narrative that the occasion required.

It was confirmed before the end of the season that Eriksen was not immediately extend his contract with Brentford, but although interest in signing him was slow to get started, it has grown as the month of June has progressed. Clubs reported to be interested have included Newcastle United and Everton, but the three at the top of the list remain Brentford, Tottenham Hotspur and Manchester United. The interest from Manchester was largely believed to be speculative, but last week it was revealed that something that had been considered key – the promise of Champions League football – might not be as important as had previously been presumed.

Suddenly it was on, with United reported to have made an offer of a year-long contract with an option to extend for a further year. But reports at the weekend seemed to push them back down the pecking order again, with suggestions that Eriksen would rather stay in London and that this was likely to render the decision a straight battle between his two former London clubs.

Both have coaches with previous connections – Antonio Conte was his coach at Inter and the pair won the Serie A title there in 2021 – and either Brentford or Spurs would be a sentimental return for the player. It goes without saying that Brentford fans would be delighted, were he to agree his extension with their club. But the reaction of Spurs’ travelling supporters to Eriksen when the two clubs played each other in April also spoke for itself.

Of course, Manchester United getting involved in this particular race has stirred up reams of internet content, but for now the only social media accounts discussing what’s happening with any real certainty are those who lack any significant credibility. ITK accounts firing out messages on Friday afternoon confirming that Eriksen had already ‘agreed terms’ have fallen quiet on that particular subject since.

But for United, this is a potential problem. Multiple accounts had been sharing a quote that has been ascribed to the Sunday Mirror’s Simon Mullock, saying that ‘Erik ten Hag has told Manchester United bosses that Frenkie de Jong and Christian Eriksen will be the focal point of his team. He believes De Jong would be worth every penny’, though it is notable that no such tweet appears on Mullock’s own timeline, while the story is somewhat less certain that Eriksen will be heading to Old Trafford.

So, where next for Christian Eriksen? Perhaps Newcastle might make him an offer he won’t be able to refuse, and he won’t worry about the origins of the money. It seems more likely than Everton, after the season they’ve just had. We don’t know what the ‘pull’ of the Manchester United shirt is in 2022. Spurs are the current favourites to bring him in, and that would be a move that would feel like a homecoming for Spurs fans. That emotional pull, staying in London, being able to match others’ wage promises and Champions League final may be enough to get them over the line.

But Brentford shouldn’t be completely ruled out either. After all, Eriksen and his family can stay in London and there won’t be the inevitable pressure that comes with signing for A Big Club. It’s not implausible that he could feel that he owes a debt of gratitude to the club, even though they did profit from him being there. At this stage in his career, and especially considering everything that’s happened over the last 12 months, it might not even be that surprising if he did choose to renew with Brentford. But whichever club he does end up at for the new season, one thing matters more than anything else – that he’s here to do so in the first place.