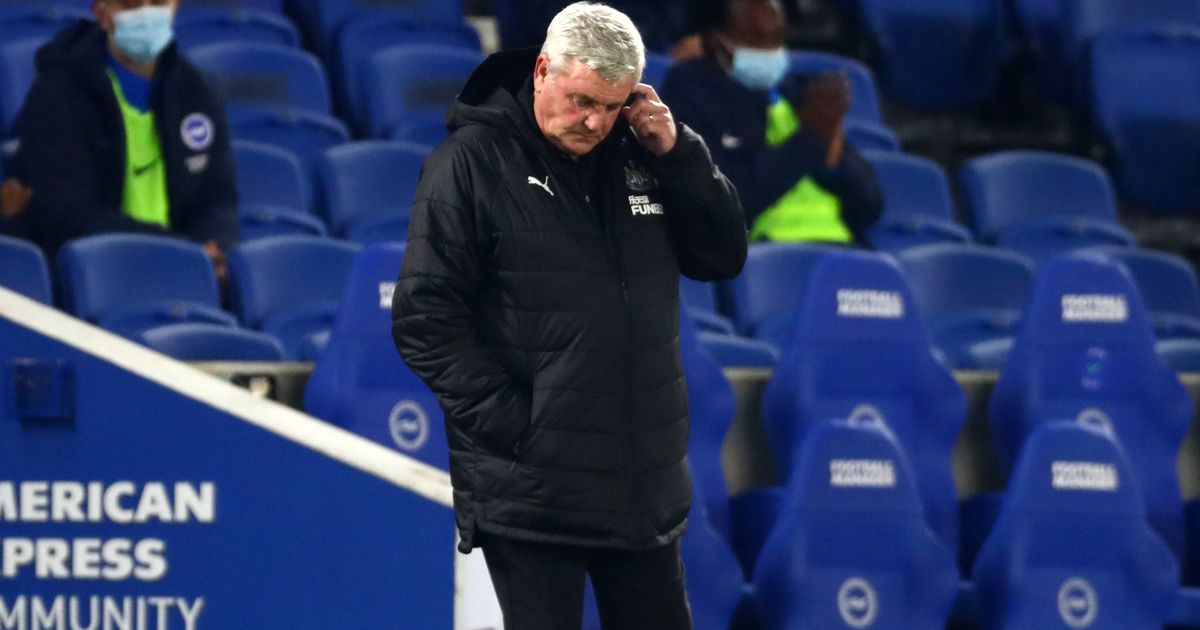 Newcastle fans have been force fed plenty of sh*t in recent seasons. But what they had to swallow on Saturday night was the biggest turd of all.

Steve Bruce’s Magpies went to Brighton for a six-pointer in the Premier League relegation fight and failed to lay a glove on their opponents. Brighton, so poor at home this season with a wretched recent record in front of goal, cruised to the easiest victory they will earn all season.

Between the 16th and 17th-placed sides, the gulf was appallingly vast from a Newcastle perspective. The stats tell their own sorry story, but more damning was the visitors’ demeanour during their visible surrender.

Newcastle were second best all over the pitch which, from a technical and tactical perspective, should not come as a shock. Brighton, despite their struggles in the table, are a superior team with a smarter manager. Defeat is forgivable, but their pathetic absence of fight should never be tolerated.

Joelinton for Newcastle vs. Brighton:

Their failure to meet any obligation beyond simply turning up leaves Bruce’s rabble rooted in 17th place, somehow two points ahead of Fulham. And Newcastle fans, at least the few who haven’t already reconciled themselves to relegation, can only hope the Cottagers fall short in their remaining eight games because as things stand, there is no hope of their own side lifting themselves out of the mire.

Certainly not while the mood around the club remains as low as it is. Many supporters who have learned to recognise the signs are already braced for another return to the Championship, while the players appear to concur if their efforts tonight are any indication.

The board are bereft of f***s regardless, leaving Bruce as perhaps the only soul still maintaining the illusion of hope.

Sadly for Bruce, the only way to give the club the shot in the arm necessary to survive is to change the manager immediately.

Arguments over whether Bruce, seen as Mike Ashley’s man despite his North-East heritage, has been given a fair chance by the supporters are irrelevant now. The same goes for the debates over who is to blame for the predicament the team finds itself in. The only way out in the next nine games is get Bruce out.

The manager has thrown all the s*** he can muster but nothing is sticking with this squad. The previous nadir came at Sheffield United, who prior to beating Newcastle in January hadn’t beaten anyone. “Absolutely sh*te” was how Bruce described the performance. “I’ve let them be comfortable but the gloves are off now. I’m going to do things the way I see fit. We’ll do it my way.”

Whether they go the players’ way or Bruce’s way, for as long as they are forced to continue on the same journey, the only destination is the Championship. Too many of the barely-arsed individuals in the squad, especially those putting their own agenda ahead of the club’s, should be flung through the window when it opens in the summer but Newcastle don’t have to wait until the summer to change the manager.

After failing to record a shot on target against Brighton for the second time this season, that change must come now. With the international break offering an interim manager a fortnight without the inconvenience of a football match, the necessary action is clear. At least, it would be for any club not under Ashley’s stewardship.

The owner and his board clearly have little appetite for change. If Ashley, Lee Charnley and their cronies had their priorities right, it would already have come. But this defeat, and the manner of it, presses Ashley’s sweaty cheeks as tight into the corner as they could possibly squeeze. If he is to show any fight on behalf of the club he seems to resent owning, it must surely be now.