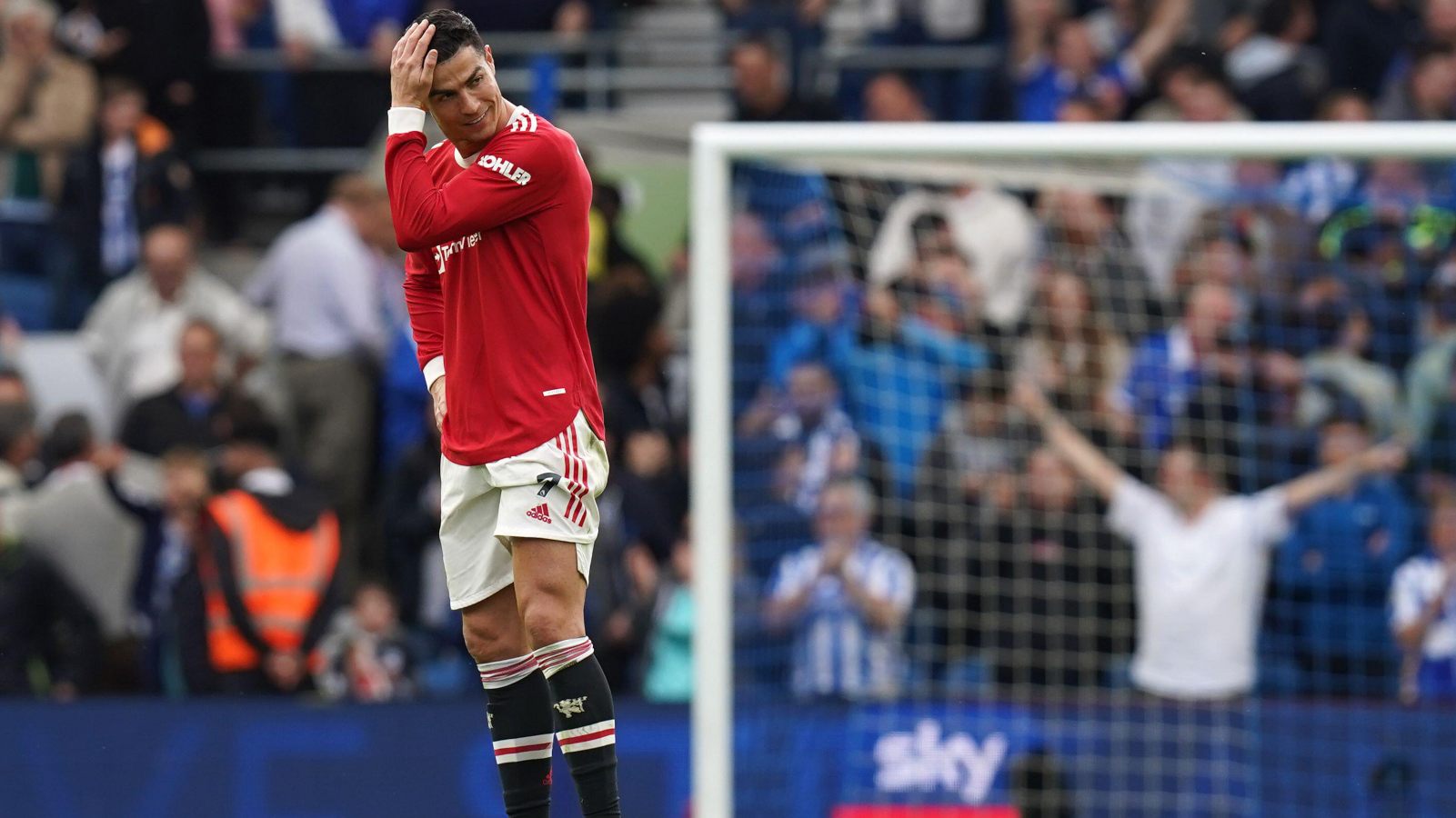 Manchester United’s appalling season reached another new nadir at Brighton with confirmation it will be their worst since at least 1991. End it now.

It’s official: this is the worst Manchester United side in Premier League history.

Their abject 4-0 defeat at Brighton means the Red Devils will conclude a truly wretched season with their lowest points total since 1991. If – or rather when – they fail to beat Crystal Palace on the final weekend, it’ll be the worst since 1989/90.

That was the campaign in which the ‘Three years of excuses and it’s still crap… ta-ra Fergie’ banner was unfurled on the Stretford End. It ended with a 13th-place finish in the First Division but an FA Cup win saved Sir Alex.

Ask United fans tonight and doubtless they will say no-one should be spared this time. From top to bottom, the club is rotten. The team is putrid.

This is a side lacking any of the basic traits required for success. Or even to compete. Thirty-two years ago, Ferguson’s strugglers had some redeeming features. Bryan Robson, Steve Bruce and Mark Hughes at least offered some fight. The modern United cannot muster even that barest of minimums.

If these players look around – and you can be certain they will – they will find excuses. The United owners and hierarchy have failed even more spectacularly and consistently than the team for a longer period of time. But there is no mitigation for some of the performances that this group has phoned in.

At Brighton, it all came together for United to fall apart one more time, even more spectacularly than their last nadir at Anfield. The Red Devils encountered an opponent that is everything they are not: well-coached, hungry and on the up. On the day United confirmed their lowest Premier League points tally, the Seagulls achieved their highest.

Still, this is a flawed Brighton side, one that so often ruins all their good work with a woeful lack of potency in front of goal. No matter on Saturday. Lads, it’s Man Utd.

Brighton scored a quarter of all their home goals this season in an hour at the AmEx. Their first two came from players who’ve never before scored for the club. How apt that Moises Caicedo, someone United looked set to sign before a ‘clusterf*ck’ surrounding his representation, started the fun. That was in January 2020. Did United think to sign another midfielder since? Of course not.

It has been one clusterf*ck after another ever since and what genuine confidence can anyone have that United have plumbed their lowest depths? Erik ten Hag is evidently a good coach. But what chance does he have with these players and this board?

Players will go and others will come, but not enough on either score. This should be the last time we see a swathe of those mollycoddled shirkers in United shirts, many for good and almost all for this season.

🗣 "It was a terrible performance and a humiliating defeat."

Ralf Rangnick apologises to the Manchester United fans for their 4-0 loss to Brighton pic.twitter.com/cHwyiPgIwL

What purpose would it serve for many of these players to go through the motions at Carrington for the next fortnight while they wait for their last remaining game at Palace? With pride evidently not worth playing for in the absence of any other cause, just end the season now. Fill the XI at Selhurst Park with motivated youngsters, perhaps FA Youth Cup winners, and pack the senior lads off on holiday to allow those who are coming back to do whatever it is they must to get ready for Ten Hag’s arrival.

Of course, it wouldn’t be a great look for United players to be papped on a beach before the middle of May, but it cannot be any worse than the image this team is portraying of themselves on the pitch. Rangnick is clearly champing at the bit to make plain the shambles surrounding him, if only for self-preservation purposes, and drawing a line under a wretched era before the supposed start of a new one is one small way for him to do that.

Rangnick is hardly blameless, but it is clear the interim boss has been ignored. By the players and the board. It would be entirely reasonable to question his motivational qualities if he wasn’t the third or fourth manager for whom these players have tossed it off.

And this is where it has got them. “Not fit to wear the shirt,” according to the travelling supporters, who deserve a palette cleanser with the kids at Selhurst Park to wrap up a shambolic season.