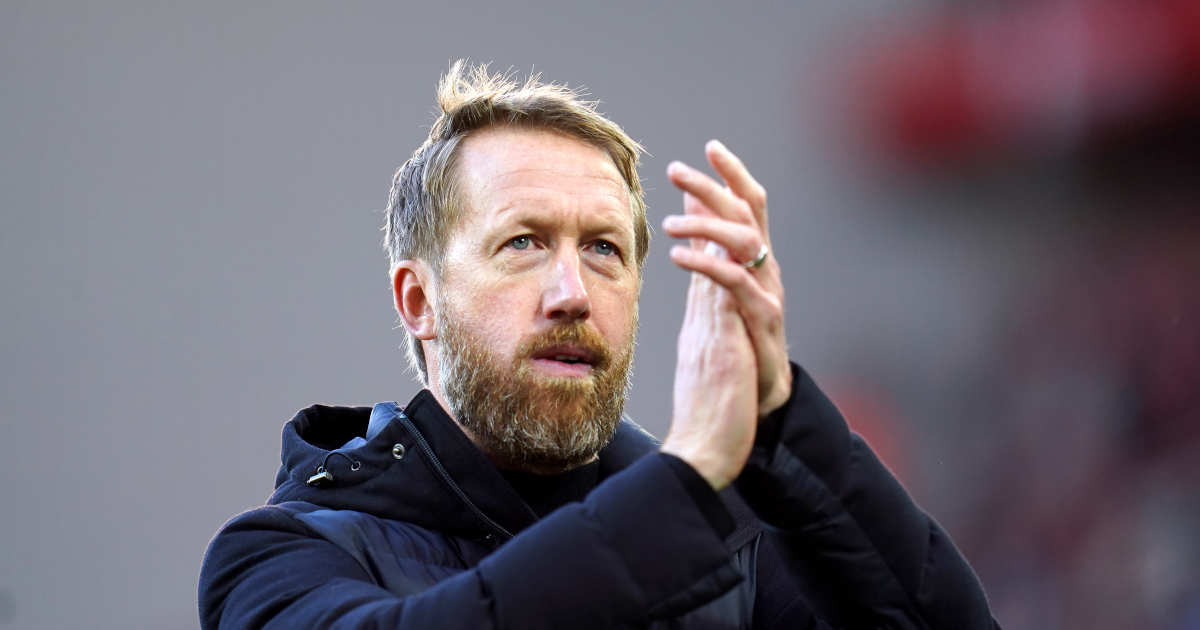 Brighton supporters booed their team from the pitch at the end of their game with Leeds, but is this entitlement or justified frustration?

It had been another frustrating evening at The Amex Stadium. Brighton & Hove Albion dominated their match against Leeds United, but had again failed to find the back of the net. The goalless draw was their eighth match without a win, and the weekend’s results saw them drop to ninth place in the Premier League table. But at the final whistle, there was an unusual sound to be heard around the ground: that of booing. Graham Potter shook his head at the response, later expressing his unhappiness at this reception during his post-match press conference.

The reaction to this has been surprisingly loud. Football has become increasingly impatient in recent years, but Brighton have been one club at which there have been few signs of ‘crisis’. Their progress from the lower divisions to the top flight has been one of the game’s more inspirational stories in recent times, and their stay in the Premier League, already the longest in the club has ever had in the division, has been relatively peaceful. They moved from the ramshackle athletics track that was only home because there was nowhere else to one of the very best stadiums in the country. Brighton & Hove Albion are a completely different club to that of a decade ago.

The start of this season marked a full decade since the club moved to The Amex. In the last season beforehand, they attracted crowds of just under 7,500 – slightly less than a quarter the crowds that they now get in the Premier League. But this transformation didn’t start at the beginning of the 2011/12 season. An average of 20,000 people saw their first season at The Amex, and subsequent redevelopment of the ground has already seen its capacity increased to 32,000. Not only have Albion’s crowds quadrupled from what they could get at Withdean, they’ve also increased by 50% since they’ve been playing at The Amex.

So this is a very different crowd to that of ten or 20 years ago, and their expectations are likely very different to those who sat in the rickety temporary stands of Withdean then. But while it is fair to say that Brighton supporters have had an upward trajectory over that period, it is simply untrue to say that this has been perennially positive. Brighton were promoted into the Premier League in 2017, and since then they’ve finished 15th, 17th, 15th and 16th. Over that time, they’ve only scored an average of more than a goal per game once, and that came last season when they netted 40 goals in their 38 league matches. They’ve also scored less than a goal per game so far this season.

It’s been four campaigns of attrition and constantly fighting to keep the status that the club worked very hard to achieve in the first place. But does lower mid-table really represent a glass ceiling for Brighton & Hove Albion? The team’s strong start would seem to suggest not, and the fact that they remain in the top half of the table may even reinforce this. They’ve only lost three of their 13 Premier League matches so far, but while this hints at the progress they’ve made, it also points towards understandable frustration from supporters.

While Brighton may only have lost three Premier League games, they’ve only won four, which means a lot of draws. While their six stalemates have included holding Arsenal to a draw and coming from two behind against Liverpool at Anfield, they’ve also included draws against three of the bottom four. Leeds, Norwich and Newcastle have claimed points from them. Pundits from afar may well sit back and wonder why it is that a small number of Brighton supporters – because it is worth remembering that this was a tiny number of the entire crowd – could be frustrated by this, but at the end of of an eighth game without a win on a bitterly cold evening in Sussex, it feels fair that frustration among some may rise to the surface.

It was probably unwise for Potter to mention the club’s past as a criticism of the behaviour of a small number of fans in the present. After all, he wasn’t there 20 years ago, trekking up to Gillingham for home matches for a couple of years before returning to the Football League’s worst ground because it was the best that the club could manage at that time. But that said, while booing an underperforming team may be cathartic for unhappy supporters, Brighton are playing decent football and remain in a record high league position thanks to him. Plus Potter himself is surely more frustrated at his team’s ongoing inability to turn encouraging possession and xG statistics into goals than anyone else.

It’s also worth remembering that, while we might assume any booing is directed at the manager – a perception sustained, it should be added, by a media that frequently jumps to the most sensationalist and/or simplistic explanations possible for anything – it’s easily as likely as not that the boos were aimed at the players, or perhaps even the owners of the club themselves, rather than Potter. And booing does seem to be the modern way. Brighton fans are hardly unique in using this method to express their disapproval at what they’re seeing on the pitch.

Potter remains popular at Brighton and it is inconceivable that his job could be in any genuine danger. What everybody at Brighton seems to be suffering from at the moment is extreme frustration. Considering the team’s performance against Leeds, this much seems both completely obvious, and completely understandable.