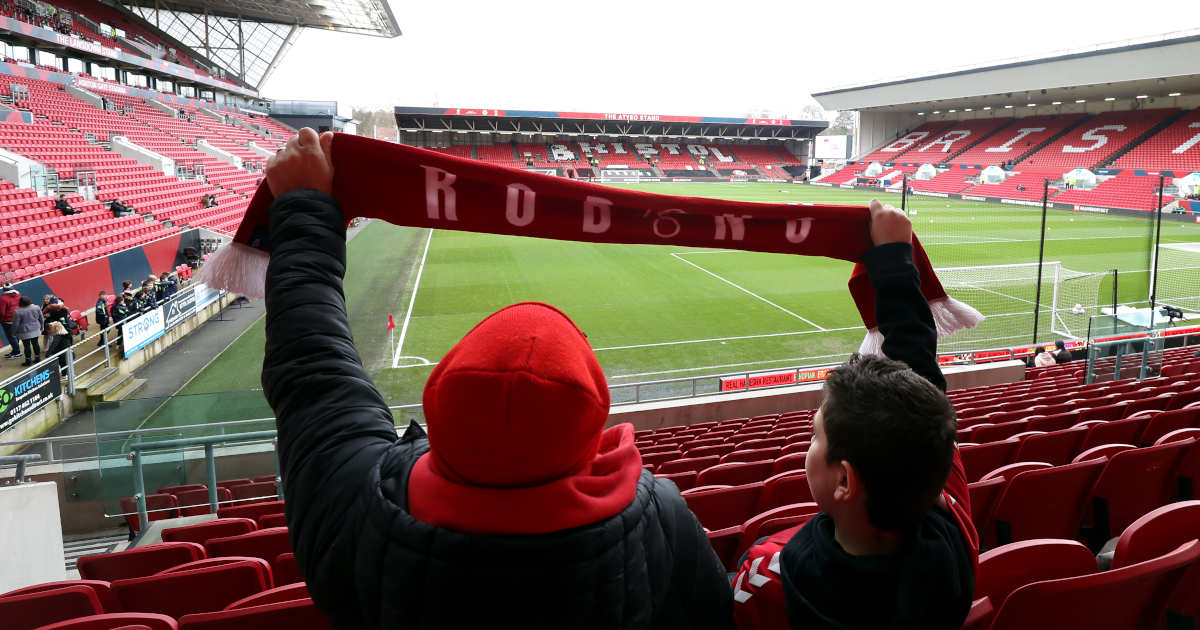 Bristol City released their annual accounts to a sharp intake of breath, but they’ll be some way off the worst in the Championship.

Towards the end of last year, Bristol City released a somewhat alarming set of financial results for the year to June 2021. They showed a £38.4m financial loss for that year alone, with revenue down by 39% to £16.7m, day-to-day losses increased by a quarter to £44m, owner investment up to £214m, and wages having increased by 6% to £35.3m. It was widely expected that company accounts for this period from most clubs below the Premier League would be bad. Now we have an idea of just how bad.

Exactly 40 years ago, City were going through a financial crisis that almost killed the club. Following two successive relegations, the club was heavily in debt and haemorrhaging money. With closure staring them in the face, the only route out was for a group of players still under contract from when they’d been a top-flight club to be made an offer they couldn’t refuse. These players hadn’t been paid and were cumulatively owed £500,000 on the remainder of their contracts. They were offered £100,000 to tear up their contracts, and agreed to do so, with the PFA helping to find them new clubs. A lot of people lost a lot of money to keep Bristol City alive. The players became known as ‘The Ashton Gate Eight’.

The club’s financial position isn’t as severe now as it was at the start of 1982, but it’s far from perfect. Although the pandemic is known to have blown a hole in most clubs’ accounts, it isn’t the full picture in this case. Further inspection found that City have lost £412,000 a week, every week, for the last ten years from their normal day-to-day trading. Over that time, the club was relegated into the Championship and promoted back, but other than that, their only reward for all that spending has been a Johnstones Paint Trophy, won in 2015, and a run to the Carabao Cup semi-finals in 2018. This is their seventh consecutive season in the Championship, and they haven’t yet finished above eighth place, although it should be added that Ashton Gate has also undergone significant renovation work during that time.

When the club’s CEO Richard Gould spoke to his local newspaper, his response was to suggest that the EFL’s Profit & Sustainability needs urgent reform, rather than his club’s loss-making, telling them that, “There is some stuff we can do, but it’s whether or not we choose to: do we want to sell all our best players this summer? No. Do we want to try and convince the EFL that FFP is now useless because there’s been an act of God called Covid that has changed the entire market? Yes, we think there’s a good case for that.”

But the EFL has already adapted the rules to accommodate the pandemic. Following a vote between Championship clubs last year, losses from the two Covid-impacted seasons of 2019/20 and 2020/21 are now taken as an average, which lowers the losses and spreads them further. And regardless of this, it seems a little rich to be complaining about this particular ‘act of God’ when your club was reporting substantial financial losses long before the pandemic even began.

Unsurprisingly, Gould has already had vocal support from another Championship club, with Stoke City’s Tony Scholes coming out in favour of reform, claiming that, “They limit ambition to a prohibitive level” and that “it’s more about levelling the playing field than it is about sustainability and people need to be more honest and call it what it is”. Coincidentally, Stoke’s three years of Premier League payments following relegation in 2018 finished at the end of the 2020/21 season. In May, they reported a loss of £91.6m for the 2019/20 season, despite receiving parachute payments at the time.

But for all the brazen self-interest masquerading as the defence of a nebulous freedom to waste your own money, there’s no doubt that it’s tough out there, and Gould’s comments about the state of the transfer market certainly have resonance. In the last summer window before the pandemic, Championship clubs spent a collective £200m on new players, financed in part by £360m, primarily received from Premier League clubs. The summer of 2020 only saw a slight fall, to just over £300m of incoming transfer fees, but outgoing fees dropped to £70m, and in 2021 incoming fees dropped to less than one-third of their previous high, just over £100m, with a total spend of just £30m between all 24 clubs, of which £12m was the freshly parachuted Fulham on one player, Harry Wilson.

Some might see these figures and think that some at least some sanity is returning to the transfer market, and this would be desirable, but seems unlikely. Clubs are not spending because they can’t, not because they don’t want to, and the wage crisis remains as severe as ever. At Bristol City, the wages to turnover ratio for 2019/20 was 123%, actually below the midway point in that particular table. At the top were Reading, on 211%. We’d expect these figures to deteriorate as the accounts covering last season continue to be released.

The biggest driver of these issues remains the vast chasm in financial resources between the Premier League and the EFL. Premier League clubs make a minimum of around £100m in television and prize money per season, while Championship clubs will be unlikely to make more than £8m. On top of that, even relegated clubs get those parachute payments. Any trickle-down in terms of solidarity payments is quickly eaten up by wage hyper-inflation, and this has certainly been the way since before the pandemic started. It’s been growing and growing for almost three decades.

There is no question that the pandemic has exacerbated these already growing structural weaknesses. EFL clubs are considerably more dependent on match-day revenues than Premier League clubs, and losing crowds for such a long time was financially devastating. But surely, if now is the time for reform, if now is the time to look at how bad things are and vow to do better, then ending attempts to rein in the spending of clubs isn’t the way to do it. The EFL, whose CEO is an Insolvency Practitioner, knows this. The clubs always think it will never be them, until it is. The answer to this conundrum is greater equality in the distribution of television money across both the Premier League and the EFL, but when the suggestion is made, they start calling you a ‘Maoist’.

What’s most worrying about Bristol City’s accounts is that they’re definitely not going to be the worst we see. Bristol City are certainly not amongst the highest spenders in the Championship, and they’re far from the least financially prudent club in the division, either. None of the figures detailed above in relation to City are exceptionally bad, by the shambolic standards of he EFL Championship. The existence of one Championship club, one of the 12 founder members of the Football League in 1888, is already hanging in the balance. More may follow.