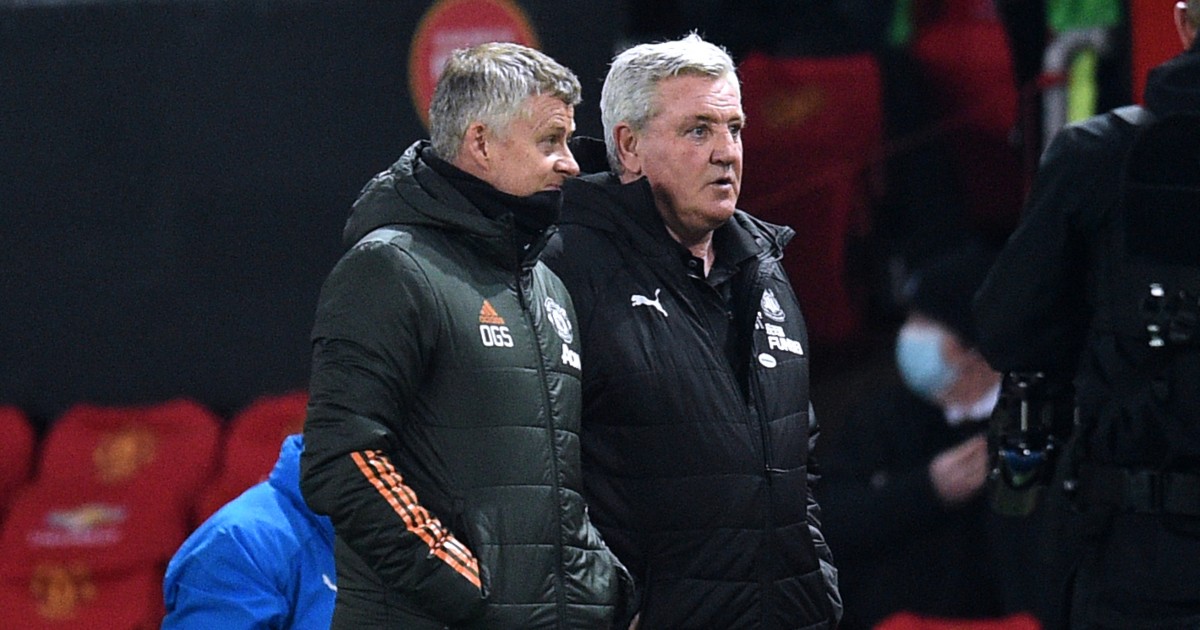 Steve Bruce and Ole Gunnar Solskjaer have more in common than the obvious. Their days of underperforming in a protective bubble are numbered.

Two men, one day and nearly 200 miles apart, but more or less the same story. Ole Gunnar Solskjaer and Steve Bruce were left with nowhere to hide, no answers to the questions and a dwindling possibility of escaping the natural course of what happens next.

Both men are loved by their friends, many of whom just happen to be high-profile pundits who set the tone for debate with their weekly coverage, unable to avoid sinking into low-key cronyism. There is a bubble that has protected them from public discourse, with support from their respective fanbases now almost non-existent. But the real reason nothing has changed despite expectations consistently not being met is because those who control their futures have opted to measure success with marketing strategies and balance sheets, rather than trophies and results.

Perhaps now, in one case at least, there may be a change.

It was loud and boisterous at St James’ Park on Sunday, bombastic to the extreme; there was a different atmosphere in the city, too. Tottenham Hotspur were the visitors. Mike Ashley was gone, a new dawn breaking and it was time to party. It was a reawakening after years of being silenced, ignored, neglected and, as it always seemed, purposefully punished. There were echoing chants at the train station and the noise didn’t cease during the walk through the city centre and up to the stadium, four hours before kick-off.

Dissenting voices made themselves heard, too, protesting Saudi Arabian involvement and the murder of Jamal Khashoggi, as the new consortium took their seats. Yasir Al-Rumayyan, board member of the 80% stake-holding Saudi Public Investment Fund, was serenaded by all four corners of the stadium after Wor Flags, the fan organisation known for creating an atmosphere with displays in the Gallowgate End, returned for the first time in more than two years.

Emotions were high and they took Newcastle into the match; two minutes passed and Callum Wilson scored on his return from injury. Everything felt new and hopeful, but the consortium had been in place for over a week with no decisions taken. For all the talk of change, everything was remarkably similar. Bruce, who had been expected to depart pretty quickly, remained in charge for his 1,000th game as a manager, a last bastion of the Ashley era that anchored the afternoon to the past. Once Tottenham hit back, Newcastle collapsed as they had so often in their first seven Premier League matches. When everything that matters stays the same, it is hard to suggest performances won’t.

By the end, Bruce had gone from a mild annoyance fans wouldn’t let spoil the mood to centre stage again. “We want Brucie Out” boomed out across the ground as the Newcastle supporters amplified the Spurs jibes that he was getting sacked in the morning. At the time of writing, nothing has been announced, but Al-Rumayyan’s presence on Tyneside should speed things up. He is the PIF representative and the man expected to lead the decision-making process.

Newcastle have been too easily undone for too long. Their defence is ageing, slow and exposed, looking badly under-coached by a man who has already scoffed in the face of tactical importance before. It is Bruce’s responsibility and his days will be numbered as a result.

His exit will not solve all problems. Newcastle are a skeleton club run on minimal expenditure, and investment in the boardroom is as much an issue as it is on the pitch. Clarity on Bruce’s situation should have come earlier, but it was unusual to hear communication above him. He has not helped himself while also being left out to dry by the previous ownership. Ashley going will mean his own security blanket goes, too. The caveat to the job was being left to fend for himself. A new era has to mean a more professional approach.

While Solskjaer is in a similar situation – struggling to stay afloat by virtue of his perceived lack of tactical nous – there are many differences. His job has been a success up to a point, re-energising the club in a football sense, stripping it bare and rebuilding its identity, in line with the experience he enjoyed under Sir Alex Ferguson. Since his retirement in 2013, Manchester United had chased the big signings and shoehorned them into teams under three different managers, David Moyes, Louis van Gaal and Jose Mourinho, with polarising views on how football should be played. It was a reactive and counterintuitive club. Solskjaer’s work has centred around signing young, mainly British players since 2019, with indications of the pacey, vibrant, attacking philosophy Ferguson trademarked, but not much method for fully realising it.

Cristiano Ronaldo’s arrival was seen as an exceptional opportunity, and though his performances have been typically consistent, the idea that Solskjaer’s side are an impressive collection of individuals, rather than a great team, has hung over the manager for too long. Defeat to Leicester exacerbated the issue. Mason Greenwood’s opening goal was a piece of magic but there was no sense cohesive control, there was no collective pressing and it was a defensive horror show. Once again, questions of Solskjaer’s game management emerged without a satisfactory answer as the Foxes roared back.

Both men have been defended vehemently by former teammates and friends. Solskjaer has to be given time, they say, while Bruce is a nice guy and has been disrespected by supporters and critics. Neither opinion tackles the main issue of their competence and suitability for their respective roles, and those who propose them refuse to objectively challenge out of loyalty on a personal level. It is far from helpful.

This weekend has felt like a watershed moment for both. Solskjaer is unlikely to be removed immediately, but it seems clear that a more tactically astute, big-game manager is needed to build on his foundations. Bruce is different, a symptom of a wider problem, beyond his depth and now beyond his welcome, but still the same problems remain: two Uniteds in need of direction and fair judgement, untainted by personal relationships.