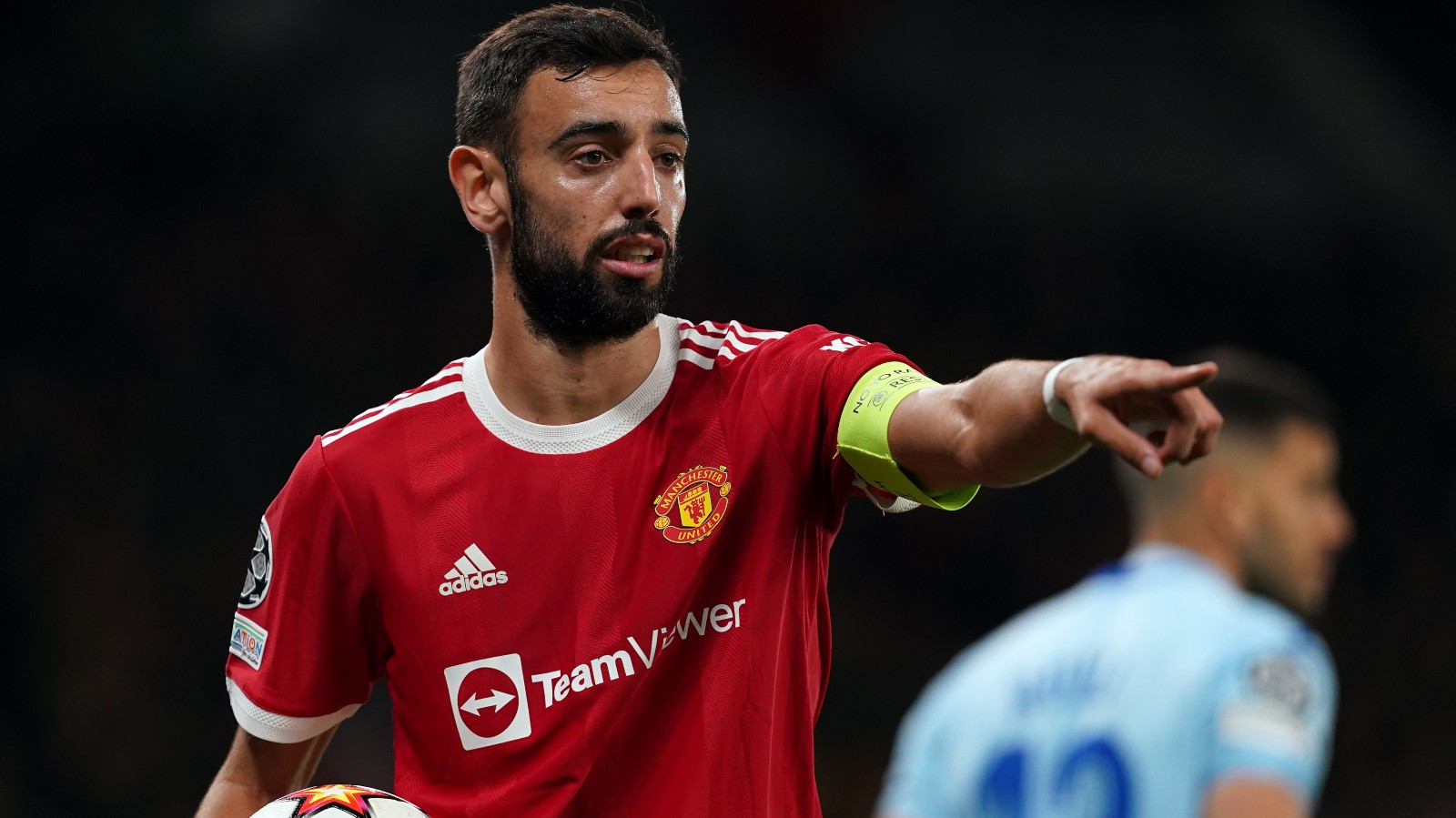 There’s nothing odd about a new Bruno Fernandes contract coming before the appointment of a new boss at Man Utd. They must build around him.

Manchester United have made some puzzling decisions over contracts in recent years. They’ve made some ludicrous ones, too. But the move to hand Bruno Fernandes an extended deal falls into neither category.

The Portuguese’s new terms represent a rare example of the hierarchy at Old Trafford making the right call at the right time. Rather than doubt United’s logic in going early before the appointment of a new manager, as some are, the question ought to be: what took them so long?

Fernandes’ putting pen to paper is hardly a coup on United’s part. They’ve simply added an extra year to his previous commitment, with the option of a further 12 months to 2027. And doubling his salary sounds a grander statement than it really is. Comparative to his teammates, Fernandes has been fleeced by the club since he signed in January 2020.

The figures vary depending on which report you choose to believe but a consensus tells us that for two years, a period in which he’s often been the one bright spark in a side of lost souls, Fernandes has been taking home a similar amount to Nemanja Matic, Victor Lindelof, Phil Jones, Donny van de Beek and Dean Henderson.

Giving the playmaker a 100 per cent pay-rise still leaves him more than a few quid short of Jadon Sancho, Edinson Cavani, Paul Pogba and Raphael Varane come pay-day and a relative pauper compared to David De Gea and Cristiano Ronaldo.

So United offering Fernandes a new deal is not so much a statement of intent or a show of faith. They’re simply correcting a woeful imbalance on the wage list.

But Friday’s announcement does mark the start of the Manchester United Rebuild: 2022 edition. Given the time remaining on his previous contract, the Red Devils did not have to bow to Fernandes’ agent’s request for a fair deal, and the Glazers are hardly flash with the cash. Previous pay rises for underperforming pariahs were more often the result of incompetent judgement more than anything resembling generosity or a sense of equity.

The difference here is that Fernandes thoroughly deserves to be one of United’s highest earners. All things being equal, which they rarely are, he could make a reasonable claim for being the highest.

Upon arriving from Sporting Lisbon, Fernandes wasted little time in proving himself to be the best signing of the post-Ferguson era at Old Trafford. Granted, that’s a sparse field in which to stand out, but the 27-year-old served as a catalyst, raising not only his own game to shine in the Premier League but also that of many of his teammates.

In a side previously lacking any spirit, guile or flair, Fernandes won a record four Premier League Player of the Month awards in 2020 – and he played in Portugal for the whole of January. Despite giving his new teammates a half-season start, Fernandes won the club’s Player of the Season award, which he retained in his first full campaign as a Red Devil.

Prior to last summer, when Ronaldo arrived to bear some of the load, Fernandes virtually carried Manchester United for a season and a half. This campaign, his form has dipped somewhat – from outstanding to very good.

Bruno Fernandes in the Premier League since making his Man Utd debut:

During a fraught season in which some have called for him to be benched, Fernandes is United’s second-highest goalscorer on nine; with 14 assists he has five more than the second-most creative teammate. Fernandes’ expected assists rate currently stands on 11.4 – Sancho is the next highest on 4.0. With 146 shot-creating actions, he has almost double that of Ronaldo in second.

Fernandes, though, won’t just wait for the ball to find him. He has attempted the third-highest number of tackles of any United player; the second-highest number of pressures; and has the most successful pressures. In the final third, he has more than double the number of any teammate.

In a wider context beyond the United dressing room, in the Premier League, only Trent Alexander-Arnold has recorded more shot-creating actions. With 116, Fernandes is level with Mo Salah. In terms of passes in open play that lead to an attempt on goal, Fernandes leads the way on 92. With nine goals, he is out-performing his xG of 7.2, while his xGA is bettered only Alexander-Arnold and Mo Salah.

This is a player who many will tell you is not having a good season. Yes, he can do even better – that’s not talking in terms of potential, we’ve already seen exactly what he is capable of. But the judgement of his contribution this term, while United have flitted between managers, systems and crises, has been brutally harsh.

Some of the criticism has been based on his demeanour on the pitch. He likes a moan, does Bruno. But so would most people when surrounded by colleagues incapable of or unwilling to pull their weight. Fernandes’ body language merely reflects that of the supporters, exasperated by what they have seen from some United players this season. If that grates with the more delicate souls in the dressing room, that’s their problem more than Fernandes’. Where Bruno might want to rein it in is his whining towards referees. It does him few favours, although not often has it crossed the line towards being a disciplinary issue.

Fernandes is one of the few players in the United squad trying to raise the standards while Ralf Rangnick struggles to maintain them. A summer clear-out and the addition of a few fresh faces should help, with the appointment of a new manager the biggest factor in that mission. Whomever is appointed, whether it be Erik ten Hag, Mauricio Pochettino or mystery option number three, Fernandes must be the figure around which to rebuild.

Any new manager who might look at Fernandes and decide ‘he’s not for me’ ought not to be for Manchester United.