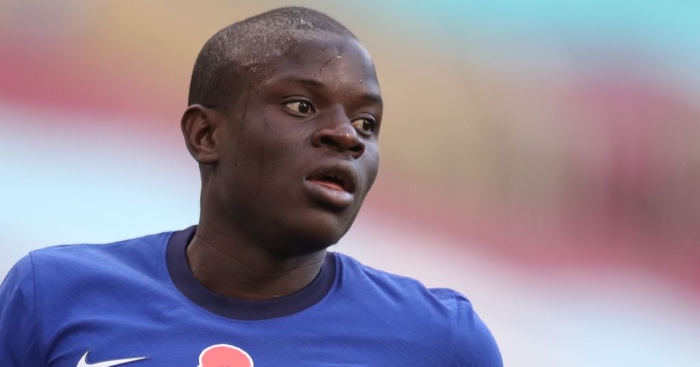 This was Chelsea’s best performance of the season: to a man they were excellent. It was a near-faultless display from N’Golo Kante, who remains the key to success for Frank Lampard.

The build-up was fluid; delightful at times. Hakim Ziyech smashed passes into teammates, Kai Havertz was either the backboard or the rebounder on the right, while Mason Mount buzzed about all over the place, knitting Timo Werner, Tammy Abraham and Chelsea’s bombing full-backs into proceedings.

But none of that confidence on the ball, the calculated risk-taking and creativity would have been possible without Kante. The midfielder – playing a lone defensive role with a raft of attacking players ahead of him – set the tone in the first ten minutes: winning two aerial duels with Chris Wood; twice stealing the ball in Burnley’s half, driving the press. He dominated the game from then on.

Ben Chilwell again looked good on the left, but it was down the right that Chelsea found most joy. Havertz, Ziyech and Mount frequently overloaded that side, creating triangles to draw in Burnley defenders, giving Reece James time and space to create.

And it was James’ pass for the goal, which appeared simple enough, as he slid the ball down the line for Ziyech, that was a key indicator of change for Chelsea. Too often this season, the Burnley clearance that landed at the right-back’s feet would have been knocked back to Kurt Zouma, ensuring possession was kept, yes, but crucially, allowing the opposition side a chance to push up, regroup and breathe.

On this occasion, James immediately played the ball forwards to Ziyech, who drove at the Burnley backline – with no chance for them to clear bodies from the area – played a one-two with Werner, with a helping touch from Abraham, before wrong-footing Nick Pope to give Chelsea the lead.

It was an example of the sort of football that won Liverpool the Premier League last season: not allowing opposition teams an opportunity to open the pressure valve; taking the rough of potentially losing the ball with the smooth of creating better chances.

Burnley started the second half the better, but Chelsea’s defending has improved almost immeasurably since Thiago Silva and Edouard Mendy came in. This was their fourth clean sheet on the trot, and it was the aerial threat – which was always going to come at Turf Moor – that was dealt with in particularly impressive fashion, by the new duo, and Zouma, who is now also coming good in the opposition box.

It was his header – from a beautifully whipped corner from Mount – that ended Burnley’s ailing hopes of a comeback on the hour mark. His third goal of the season is already his best Premier League return.

And after a brief spell in which Frank Lampard must have been wondering whether the familiar tropes of missed chances would come back to bite his side, Chelsea’s flow returned.

Yet another misplaced pass from Burnley was picked off by James, who fed Ziyech in space to lay it into the path of Werner, who in two touches, one to control the ball with his left and the other to sweep it into the corner of the net, showed what we all know but he has only fleetingly shown this season: he’s deadly.

Chelsea have been dangerous or solid this season. This was the first iteration of the two in tandem. The first real look at the new and improved side, with incredible options and quality on the front foot; poise and aggression at the back. With the little guy in the middle, unfairly derided in recent times, proving he’s still the best around in the role to which he lends his name.