Goalkeepers don't do well under Frank Lampard. Can Mendy break the curse? 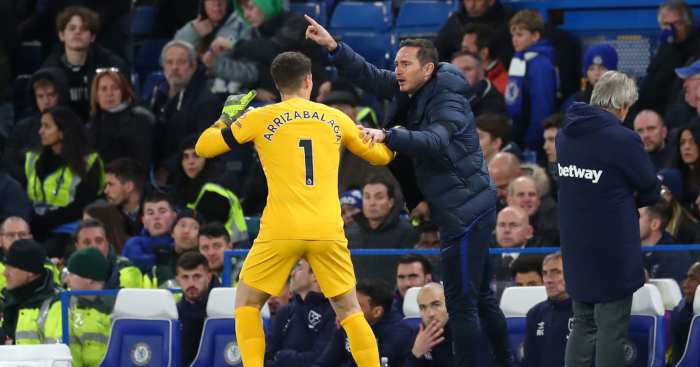 As it stands, Frank Lampard has one excuse left – Kepa Arrizabalaga. The last chance (urged by Petr Cech) was given by Lampard and has been roundly wasted by the Spain international. Short of both confidence and quality, Chelsea have moved to replace him, signing Edouard Mendy for a reported £18million. But can the 28-year-old avoid the Lampard goalkeeping jinx?

Chelsea had to do it. If their need for a new goalkeeper wasn’t apparent before the season began (it was), their first two fixtures confirmed that necessity. Kepa was at fault for Brighton’s goal in the opener, gifted Sadio Mane another against Liverpool and probably would have been sent off had Andreas Christensen not taken that particular bullet for him.

Liverpool and Manchester City made the idea of Kepa a good one. Both Alisson and Ederson were seen as overpriced, but transformed those sides into title winners. Splashing the cash on a goalkeeper can work: Chelsea just signed a bad one. And he is so, so bad.

Chelsea were desperate to sign someone comfortable in possession, but seemingly did so at a cost to what most assume is the key to actual goalkeeping: saving shots. Kepa’s save percentage has never been great. In his two seasons in La Liga before joining Chelsea it was 68.3% and it dropped to 67.5% in his first Premier League season under Maurizio Sarri.

But while Chelsea were hoping for a bump in that percentage in Kepa’s second season, it actually plummeted. 54.5% is the worst in the history of the Premier League (to play 10+ games) – he’s 730th out of 730. Why such a drop? There’s a theory: the Lampard jinx.

Now, this is a very small sample size; Lampard’s only been a manager for two seasons. But three of the four goalkeepers he’s managed in that time have seen their save percentages take a significant hit, with Kelle Roos the only man to escape the Lampard hoodoo – his remained the same.

Caballero wasn’t much better for Chelsea than Kepa. The Argentine’s save percentage was 56.3% last season, worse than every other Premier League No.1. It was his worst season by a distance. His percentage for the Blues before that was 71.4% while it was 72.6% at Man City and 74% in four seasons with Malaga.

Scott Carson too, was not immune to the Lampard hex – in fact, its origins can be traced to Derby County’s stopper. The then-32-year-old (I know, right? Is that it?) saw his average career save percentage of 71.5% drop to 66% under Lampard; it was 70% the season before.

While even the most ardent of Lampard bashers would struggle to pin too much blame for a goalkeeper’s low save percentage on his shoulders, it’s not quite an inexplicable bit of hocus-pocus that sees his goalkeepers consistently underperforming. As Jonathan Wilson pointed out on the Guardian Football Weekly podcast (and in this article), the high proportion of goals Chelsea concede from set pieces and one-on-ones means the chances opposition sides have against them are relatively easy, meaning anyone in goal is put under more pressure than most.

Henrique Hilario, player turned goalkeeper coach, could also be apportioned part of the blame. Lampard reportedly wanted to bring in Shay Given as part of his backroom staff, with Chelsea citing ‘continuity’ as the reason for rejecting that proposal. The odd appearance from Cech on the training pitch wouldn’t go amiss and a new goalkeeping coach is worth considering. Then again, to suggest Hilario could actually make a goalkeeper worse at goalkeeping seems a tad harsh.

But those reasons are not sufficient to explain such a ridiculous drop in a single season. So the Lampard jinx it is then. And Mendy will be hoping to avoid that particular hoodoo when he arrives from Rennes.

His save percentage last season was 78.4% and while his passing accuracy was 70.1% compared to Kepa’s 79.7%, Chelsea suddenly – understandably – give a lot less of a sh*t about that than they did two seasons ago. Stop the shots and boot the ball downfield; anything more is a bonus right now.

And so, we wait for Mendy’s first game. There will be a moment – there always is. Will the first cross be flapped at or claimed with authority? Will the tame 25-yard shot dribble under him or be safely pouched in his midriff?

Only then will we have any indication as to whether the Lampard hex has been lifted, or at least if Mendy – like the cross-wearing, negative-orgone-shunning Kelle Roos – is resistant to its jelly-wrist-inducing bewitchery.