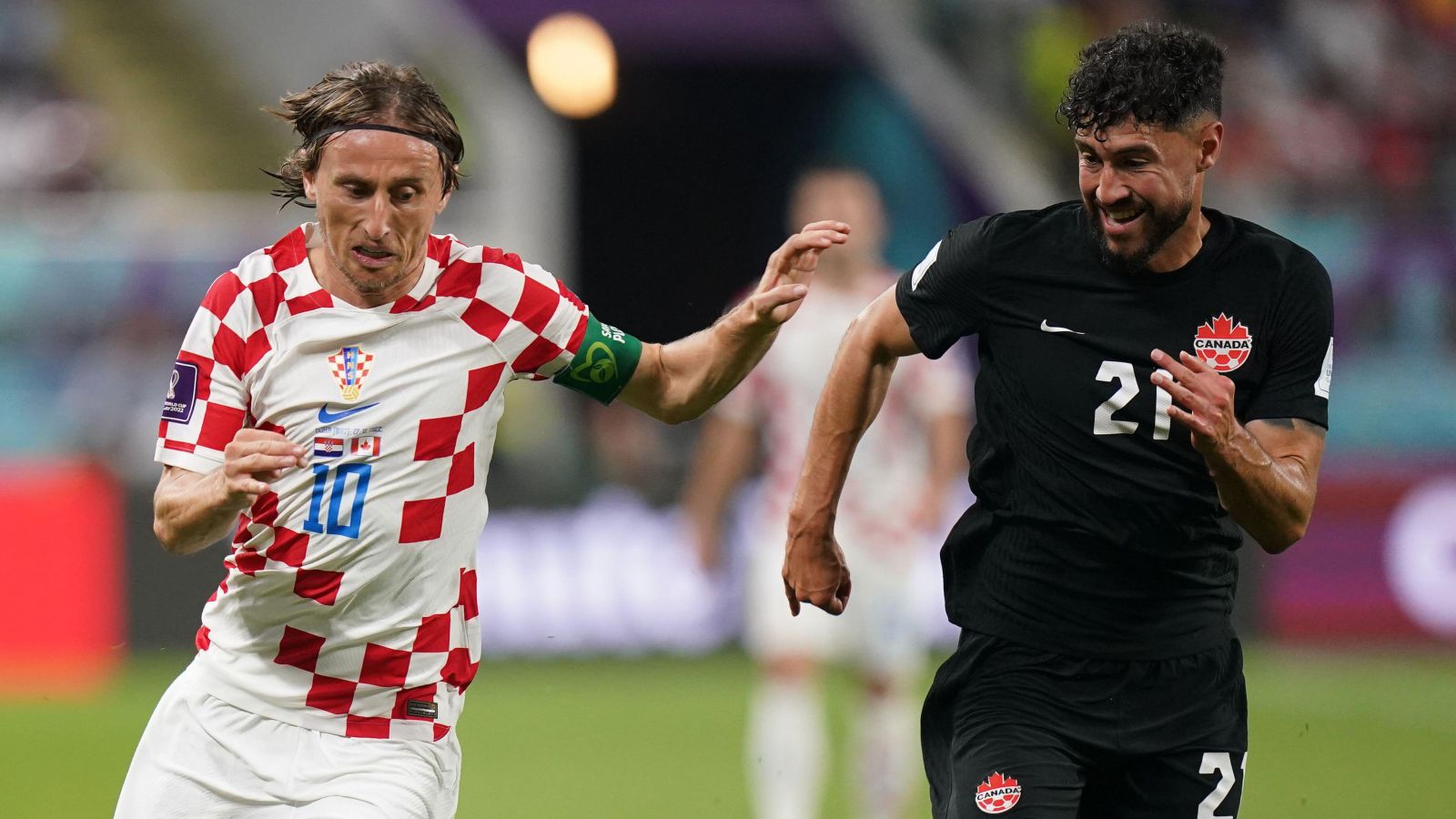 Perhaps something gets lost in translation, or maybe the difference in perspective is too stark. But at some point the English will learn not to poke the Croatian bear at a World Cup.

In 2018, the eventual runners-up derived irritated inspiration from regularly being told ‘it’s coming home’. “That arrogance is not so much related to the players but the people around them, some of the journalists and commentators,” Luka Modric said after England were beaten at the semi-final stage.

Four years later, County Durham-born John Herdman’s invocation for his players to ‘F’ Croatia might have inadvertently played a part in Canada’s early exit from the group stages.

Croatian tabloid 24sata has hit back at Canada coach John Herdman after he said, "We're going to go and 'F' Croatia…”

The headline reads, “You have the mouth, but do you have the balls as well?”🍁 pic.twitter.com/kKqbydldBF

His explanation, much as those of Gareth Southgate and many others in Russia before, fell on relatively deaf ears. The message was designed for his players and no-one else. But Croatia had enough ammunition to reinforce their siege mentality and fuel those fires of perceived injustice. Manager Zlatko Dalic repeated the word “respect” constantly in a spirited pre-match press conference response. Ivan Perisic merely added: “I second the head coach and I cannot wait for the match to begin.”

There can be little doubt that these two countries respect one another in a footballing sense now, if indeed they actually didn’t before. A gripping, engaging 90 minutes highlighted the strengths and exposed the deficiencies of both but it is at this point that their tournament journeys must diverge.

Canada depart with pride but also regret. After somehow failing to breach Belgium during an excellent showing in defeat, they needed just 69 seconds to score their first ever World Cup goal. A long Milan Borjan kick was masterfully recycled by Cyle Larin, before Tajon Buchanan’s inviting cross was RSVP’d in vigorous fashion by the head of Alphonso Davies.

That showcased them at their quick, energetic, effervescent best. As Martin Keown noted on co-commentary: “There’s no substitute for pace.”

But Croatia did as Croatia do. That midfield has turned many a game off at the back and reset the tempo. Marcelo Brozovic, Luka Modric and particularly Mateo Kovacic were phenomenal in working the ball constantly and wrestling control back. Only for brief moments of the subsequent 70 minutes or so did Canada recover the initiative.

As Keown added, about half an hour after his previous missive: “There’s no substitute for quality.”

Two moves, stunning in construction and exquisite in execution, undid Canada. Kovacic slid a ball to the feet of Perisic, whose reverse nutmeg pass found Andrej Kramaric in space to finish delightfully. Josip Juranovic engaged in some neat underplay on the right, drifting into the middle and playing in Marko Livaja to score with a fine effort.

Croatia went from looking old, withered, a goal down and with their progress in doubt after 20 minutes or so, to wise, experienced heads pulling and pushing their opponents into position at will, 2-1 up and cruising, by half-time.

Where Davies was once nutmegging Brozovic and Buchanan manned the entire right flank seemingly alone, they ended the half in a maddening cycle of surrendering possession midway into the Croatia half to leave themselves susceptible to yet another counter-attack.

The introduction of Jonathan Osorio hinted at a possible comeback but once Kramaric scored his second the result was beyond doubt, with the scoreline given a final coat of sheen by Lovro Majer’s stoppage-time counter-attacking fourth.

But it was a couple of minutes before Croatia made it 3-1 when Canada will have known they were beaten: the sight of a 37-year-old Modric bursting away from his marker to lead another break after an hour of controlling the game is a ludicrous but reliable hallmark of any Croatia or Real Madrid win.

Atiba Hutchinson, two and a half years older but made to look like he was playing an entirely different sport, must have been considering his career choices at that precise moment; he was taken off minutes later.

As it was, keeping the midfielder on and thoroughly unprotected for so long was a far bigger mistake than anything Herdman said in the build-up. Croatia might feel the eternal need to manufacture motivation from decontextualised quotes but they still have enough talent and experience to beat most teams and fear none.